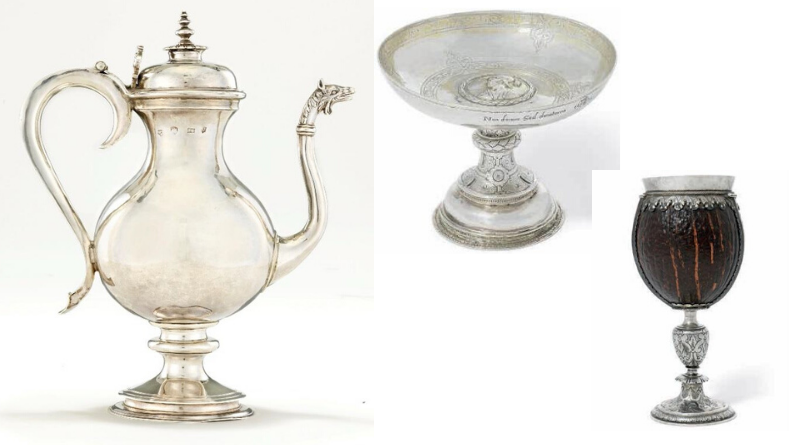 Rare and highly sought-after examples of early English silver will be offered by Christie’s at the start of December with ‘The David Little Silver Collection of Early English Silver’ in London.

The sale will comprise 26 very rare works to have survived the loss and destruction of most Tudor and Jacobean Silver during the Civil War.

Some of the most extraordinary survivals are the ‘Armada Dishes’, which were rediscovered buried in a barn in the 19th century, carrying an estimate of £150,00-200,000 in the sale

Christie’s said that the remarkable collection presents the market with a unique opportunity to acquire some of the last and most valuable objects in private hands.

The items also represent a celebration of beauty and craftsmanship while providing an evocative opportunity to compare with Old Master still life paintings, bringing to life the silver objects and vessels depicted.

David Little’s working life was spent in Nottinghamshire, where he built collections of early oak furniture, pewter and pre-Civil War silver over the last 30 yearDs with passion and connoisseurship.

Harry Williams-Bulkeley, International Head of Silver, Christie’s, commented, “The sale of the David Little Collection is an extraordinary opportunity for collectors of the rarest English silver. Timothy Schroder, author of ‘English Silver before the Civil War, The David Little Collection’, published in 2015, summed it up perfectly when he described the collection as “remarkable and well-chosen…assembled in an age when such things are increasingly hard to come by.”

He continued, “To have sought out a group of such high quality works over twenty five years is a great achievement. Many of the lots have passed through hands of eminent collectors, dealers and antiquarians. Now new collectors have the chance to add their names to these impressive provenances.

“When I was researching the collection I realised I had seen objects related to many of the pieces in still life paintings at Christie’s and in museums. As a silver specialist I am always looking at how artists of the time represent silver. It was an enjoyable task to seek out paintings which show how the masters of the genre appreciated the work of the silversmith. Collectors today can appreciate the beauty of the pieces through the eyes of a 17th-century artist.”

Collector David Little noted: “My interest in Elizabethan and Stuart social history began early in my life and I began collecting 16th and 17th century antique pewter. At that time I owned a pewter spouted ewer with a similarity of design to the Hamilton silver ewer, which I found fascinating. I spent some time comparing the relationship between the two metals, their manufacture, their design and how they complemented each other in use throughout the Elizabethan and Stuart periods.

“I met Alastair Dickenson (a fine antique silver specialist) when my collection was quite small and we soon formed a close relationship. I respected his knowledge and enthusiasm to build a focused collection, insisting on the rarest and highest quality pieces relevant to the period, attempting to include as many different shapes and forms as possible. I am extremely grateful to Timothy Schroder who kindly agreed to write the fascinating book on my collection, putting it in context with the history of the period. I now look forward to sharing the pleasure that these rare examples have brought me with other collectors.”

Highlights in the sale on December 3 include: 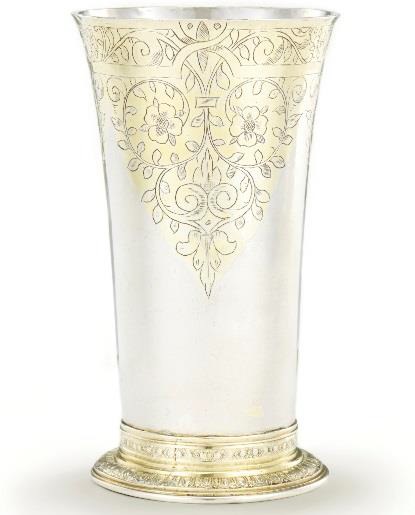 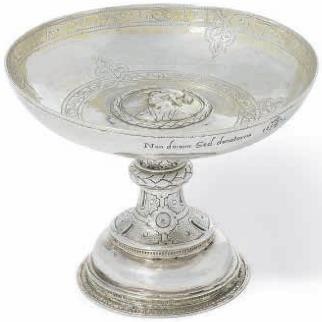 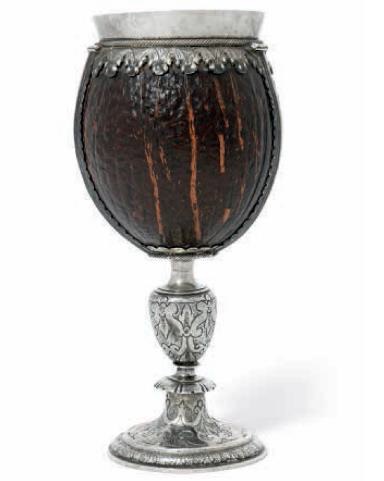