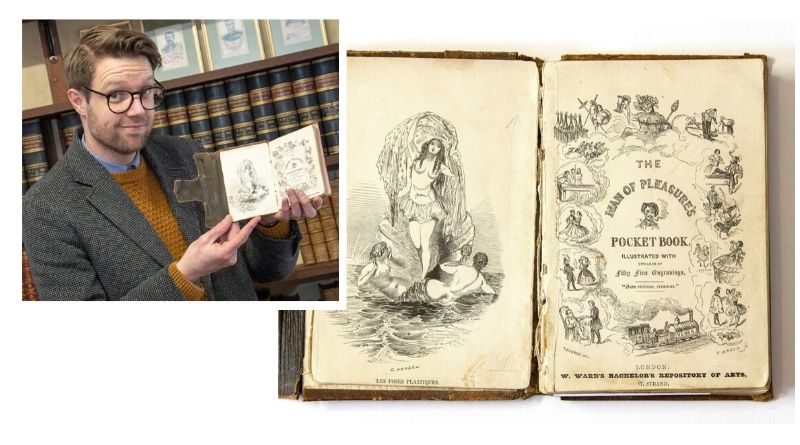 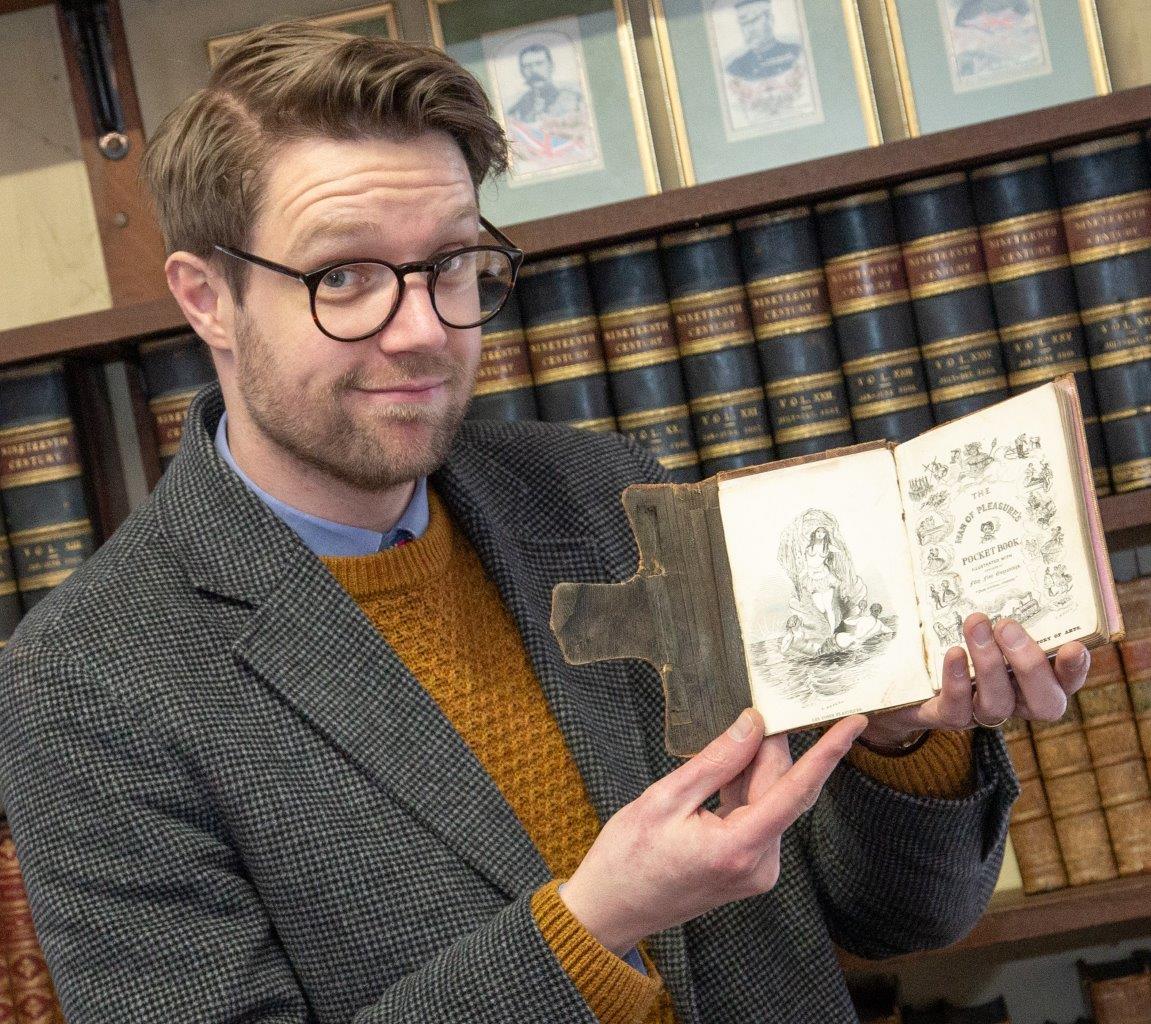 An ancient ‘Man of Pleasure’s’ pocket guide to London’s prostitutes – disguised as a wallet – has been uncovered by an antiquarian book expert.

The 169-year-old publication, printed in 1850, is a Victorian guide to the brothels and prostitutes of London and includes 50 sketches and descriptions of women. It would have been sold in secret in Victorian times due to its lewd content.

Entitled, The Man of Pleasure’s Illustrated Pocket-Book for 1850: A Complete and Gentlemanly Night Guide, London, it’s set to go under the hammer at Hansons Auctioneers on December 12 with a guide price of £300-£500.

The book describes individual prostitutes using coded language and makes use of equestrian and seafaring references. For example, Miss Murray, of Foley Place, Oxford Street, is described as a little frigate fit for a king to board.

Then there is Miss Fowler who ‘when stepping into a cab or coach, she makes the most of her leg; and in an omnibus she generally sets fire to all the male passengers, so that you see them fidgeting and adjusting their rebellious members the remainder of the journey‘.

Another page describes Miss A Parks who is noted for her singing when she ‘visits the side-boxes‘.  ‘In duets she employs her tongue and voice full as satisfactory as when it emits the shrillest note. She performs her part with admirable skill and dexterity, and in such cases chooses the lowest part’.

But there is a glimmer of romance too. For example, the author writes of Miss Parks:

‘Observe the rapture-giving squeeze
The glowing cheek, the sparkling eye
The falt’ring voice, the trembling knees
That speak in silent words – I die’

Meanwhile, Miss Alice Grey is ‘frequently mounted a la militaire, and as frequently performs the rites of the love-inspiring queen according to the equestrian order, in which style she is said to afford uncommon delight’. 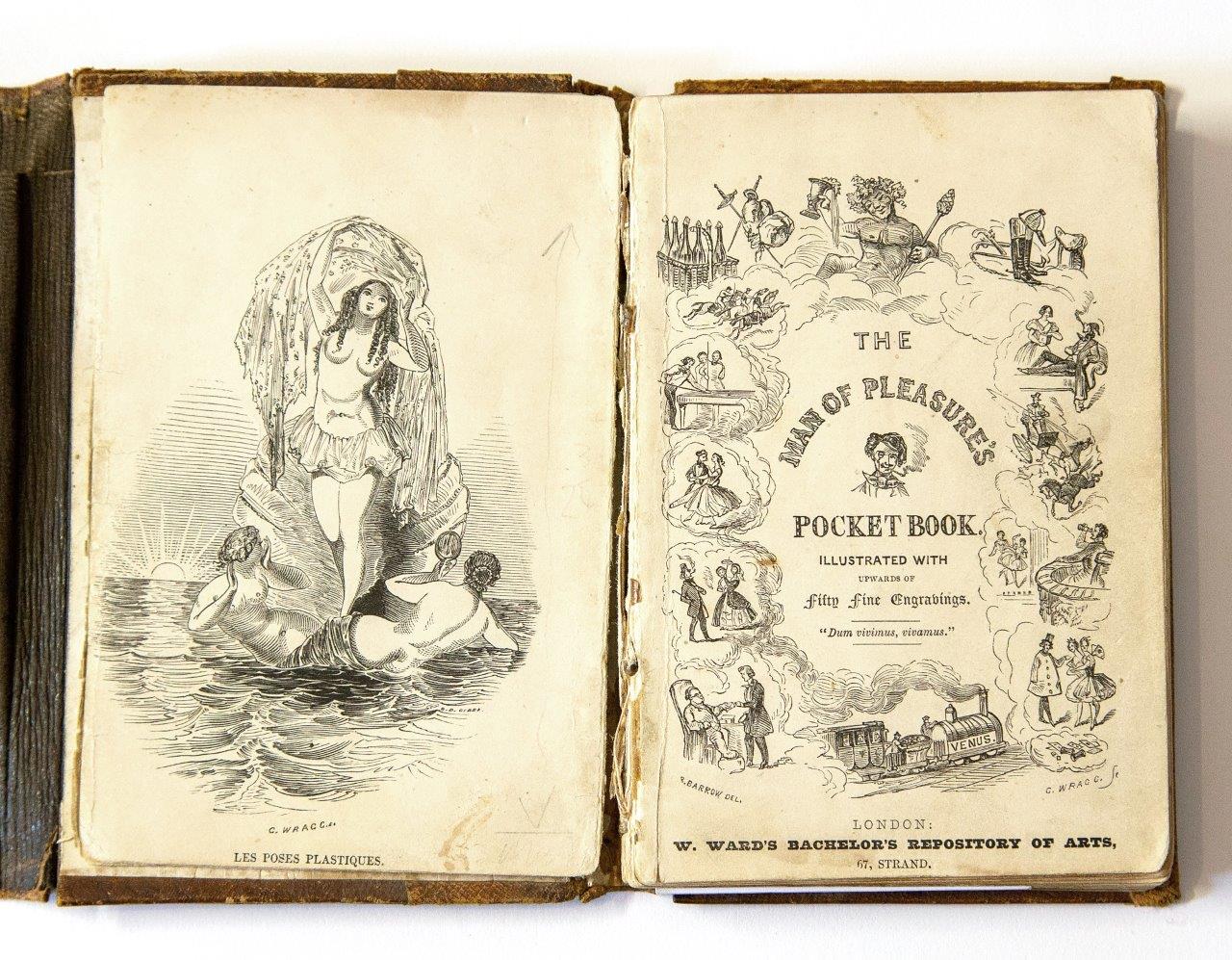 The book includes a Flash Dictionary, a guide to London criminal slang, with words such as Backgammon (sodomy); Clickman Toad (a nightwatchman); Drawing a Wiper (stealing a handkerchief); Fiery Snorter (a red nose) and Potato Trap (a mouth).

But feasting on passion has its downsides. A section entitled The Health of The Man of Pleasure includes prescriptions – and descriptions –  of sexually transmitted diseases. A page on ‘gonorrhoea or clap’ advises drinking a pint of water containing linseed and sugar or lemon and also advocates barley water or thin gruel to offset the symptoms.