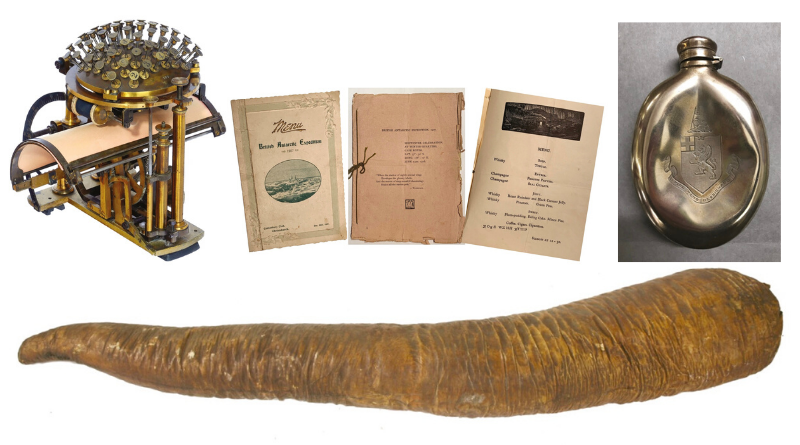 Not all auction rooms are full of lumpy old furniture and silver candelabras, memorabilia expert Paul Fraser of Paul Fraser Collectibles reveals 10 of the strangest lots of 2019, with the hammer falling after some impressive bidding. 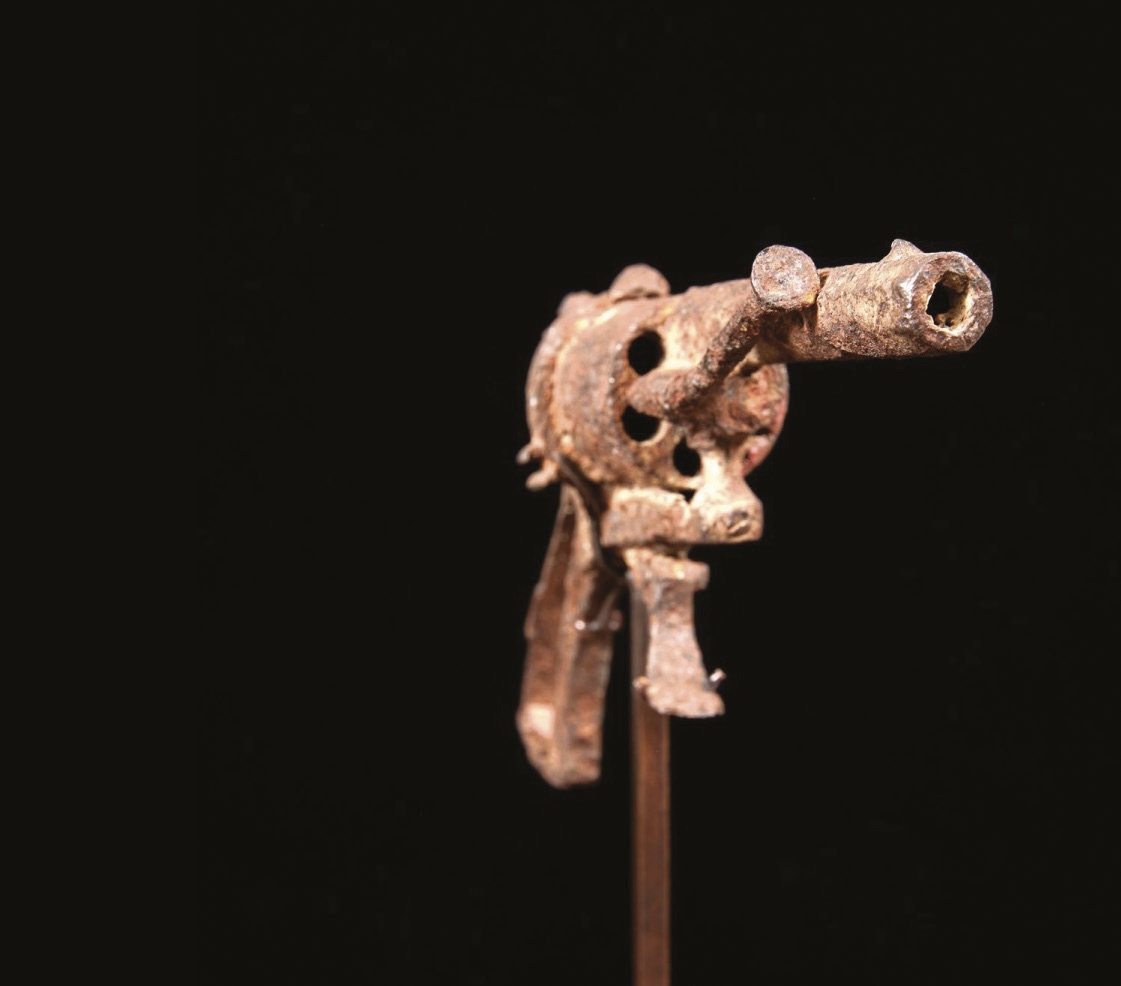 In 1890, Vincent Van Gogh shot himself in a field outside Auvers-sur-Oise, a suburb northwest of Paris. The bullet did not kill him instantly. He awoke many hours later and staggered to his rooms, where he died of his wounds two days later.

But the gun was never found. For decades it remained a mystery. That is until a farmer uncovered a rusted Lefacheaux revolver in a field outside Auvers-sur-Oise in 1965.

That farmer later gifted it to the owners of the inn where Van Gogh died.

In 2016, the pistol went on display at the Van Gogh Museum in Amsterdam. In January this year, the owners decided to sell up. It made £140,000 at Auction Art in Paris.

Feeling hungry? How do a couple of penguin patties sound? Seal cutlets?

These were the proposed entrees of a Midwinter Celebration meal hosted by the crew of Ernest Shackleton’s Nimrod expedition in Antarctica in June 1908.

One of the original menus came to auction at Golding Young & Mawer in January, selling for £6,400.

In reality, no such meal ever took place. The crew would have made do with the same meagre rations they’d been subsisting on for months. That said; the whisky mentioned throughout was very real.

The menu came to auction as part of a collection consigned from the family of the expedition’s cook, William Charles Roberts. 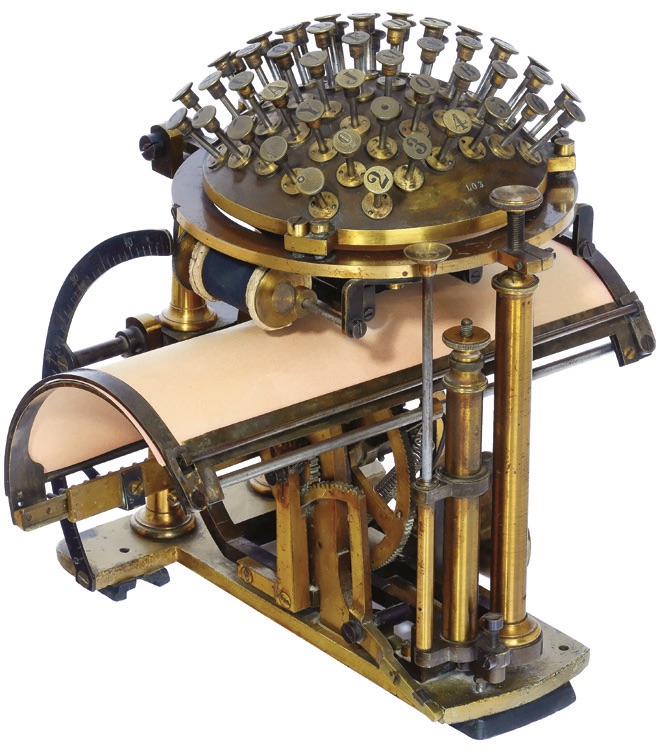 The Hansen Writing Ball was one of the world’s first typewriters. Rather than employing the linear keyboard we’re all familiar with, here the letters are arranged in a ball shape. The vowels are on the left

and the consonants on the right.

Its creator, the Reverend Rasmus Malling-Hansen, was principal of Copenhagen’s Royal Institute for the Deaf and Dumb. His inspiration came from the way his students communicated with their hands.

His 1870 patent application states: “In a given time one can say five times as many sounds as can be written.”

While the design won awards across Europe, it was overly expensive to produce. Hansen only made 180, of which around 35 have survived. One sold for £66,223 at Auction Team Breker in May. 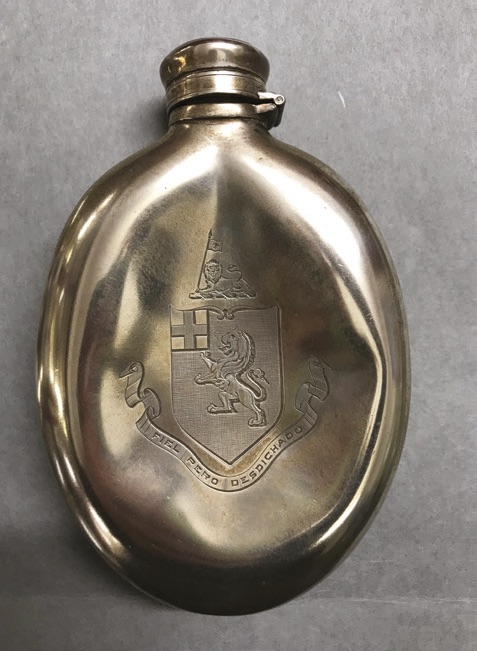 This silver brandy flask has a tragic history. It belonged to Helen Churchill Candee: writer, women’s rights activist and First-Class passenger aboard the Titanic.

In the small hours of April 15, 1912, as the ship went down, Candee handed the fl ask and a small portrait of her mother to her friend Edward Kent with the words: “You stand a better chance of living than I”. But as fate would have it, Candee reached New York while Kent did not. A rescuer recovered his body in the days after the sinking.

The words on the flask read “Fiel Pero Desdichado” – Spanish for “Faithful but Unfortunate”.

This remarkable lot made £76,000 at Henry Aldridge & Sons in April.

A Complete Set of Pokemon Cards 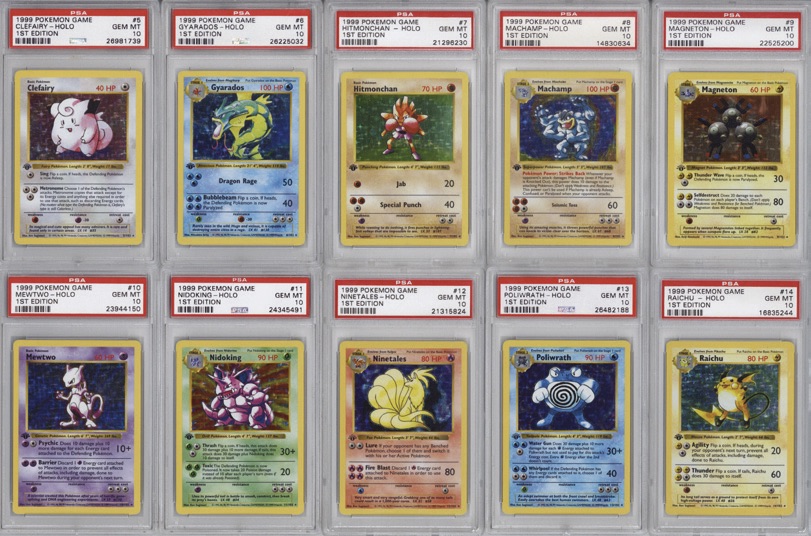 You may recall Pokemon cards as the biggest playground craze of the late ‘90s. But it turns out these wildly popular pieces of pop ephemera were valuable all along.

In August, a complete mint collection of 103 US first edition cards sold for a remarkable £77,250 at Goldin Auctions in New Jersey.

That puts them in the same rarefied category as baseball cards. Just like baseball cards, this was something few would have predicted at the time. 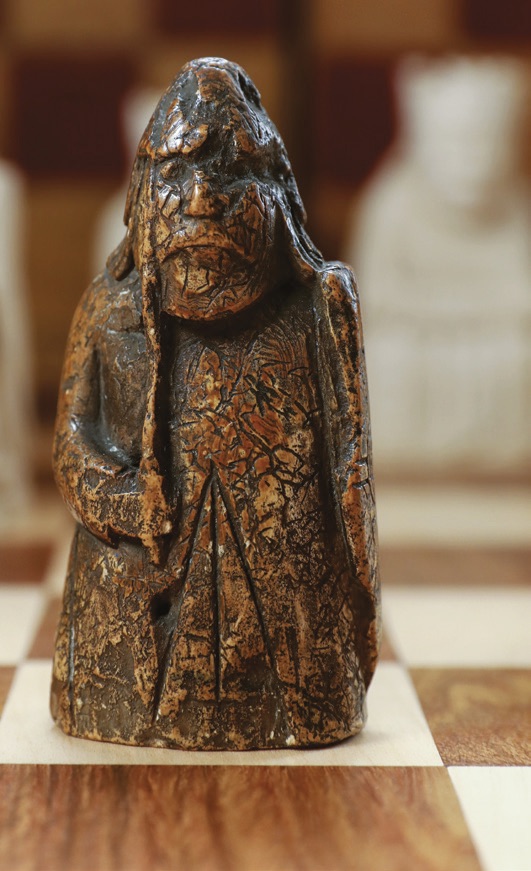 The 12th-century Lewis chessmen are among the most amazing treasures ever discovered in the British Isles.

Local man Malcolm ‘Sprot’ MacLeod found them buried on a beach on the Isle of Skye in 1831. A travelling merchant may have hidden them for safe keeping.

Each is delicately carved from individual walrus tusks and whale bones. They’re believed to originate in Trondheim, Norway.

Five pieces were missing from the set. In July this year, a rook came to auction at Sotheby’s. The consigner’s grandfather had purchased it for £5 at an Edinburgh antiques store in the 1960s. It sold for £735,000. This means there’s still four out there.

Part of the Berlin Wall 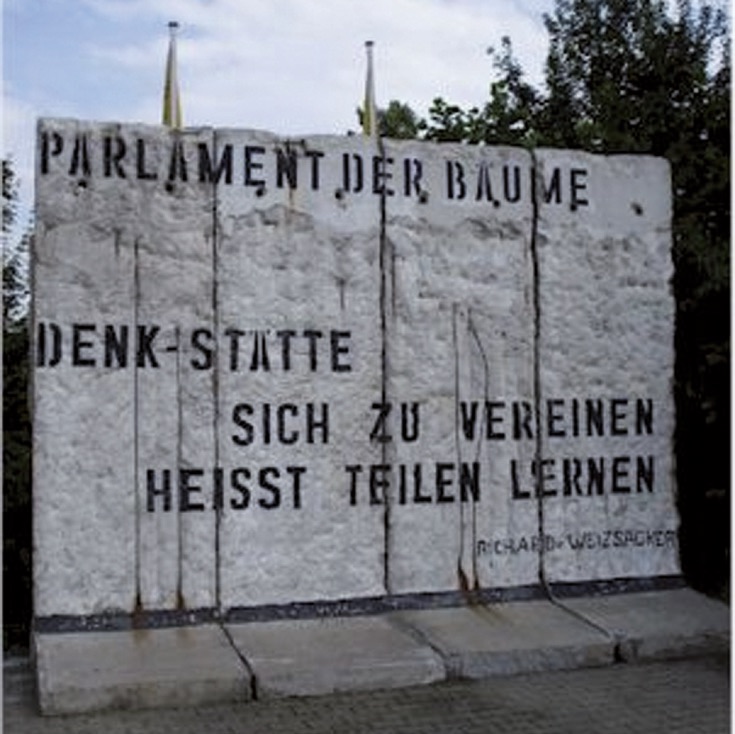 2019 marked the 30th anniversary of the fall of the Berlin Wall.

So what better way to commemorate it than by owning a small part of it?

Poetry from Bonnie and Clyde 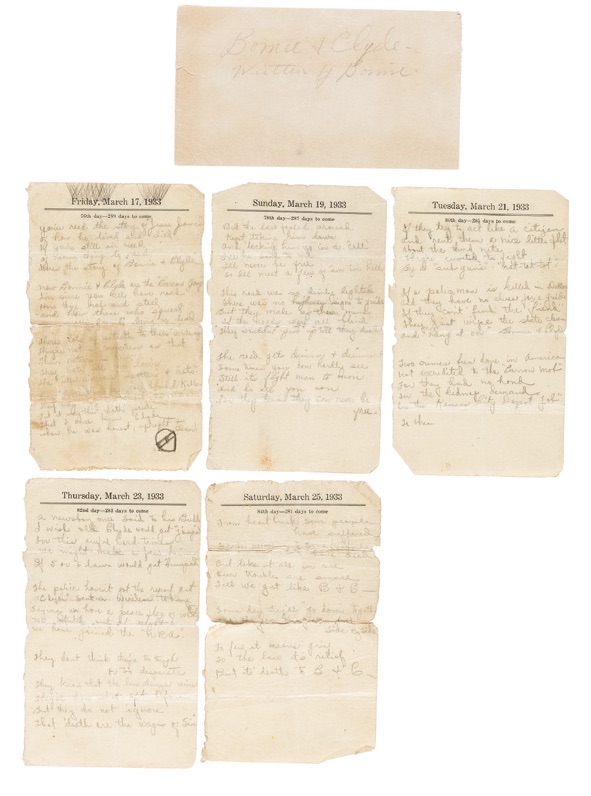 Infamous outlaws have feelings too.

In March, Heritage Auctions sold a journal of writings and photographs by Bonnie Parker and Clyde Barrow for £13,500.

These legendary lovers caused carnage across the American Midwest.

Included are poems each wrote for the other.

They’re far from soppy sonnets. Bonnie Parker’s ends:
“Some day they’ll go down together
they’ll bury them side by side
to few it’ll be grief
to the law a relief
but it’s death for Bonnie and Clyde.”

That death would come just over a year later.

The title for weirdest auction lot of the year has to go to this taxidermy sperm whale’s penis, which realised £4,600 at Sworders’ annual Out of the Ordinary sale.

It stands around 5ft in height and is stuffed with horse hair.

Bizarre? Yes. But whalers made use of every inch of the animal. In fact, they used to store their tobacco in whale’s penises.

An Image of Hiroshima 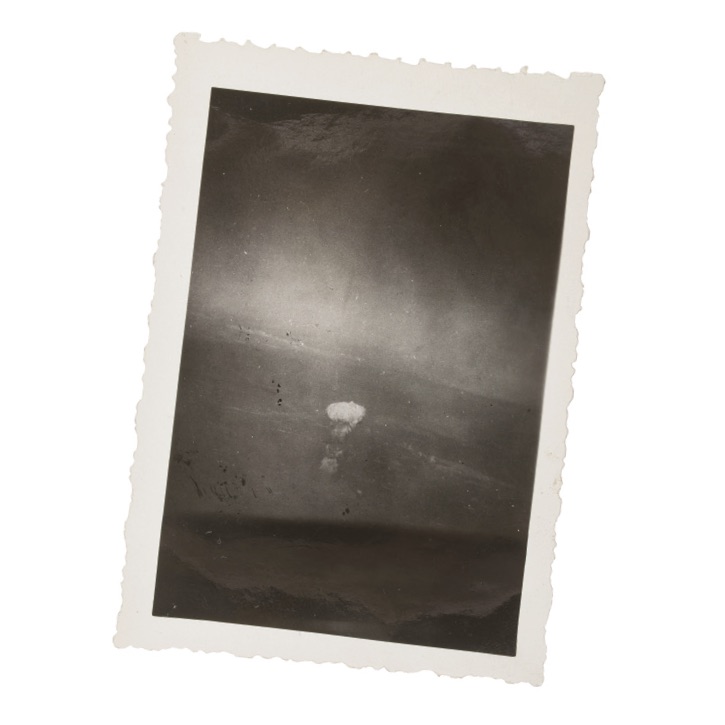 Finally, this is the only private photograph of the Hiroshima bombing.

The photographer is Lt. Russell E. Gackenbach, who served as navigator aboard the appropriately named Necessary Evil – the B-52 bomber that followed the Enola Gay and documented the bombing.

The crew had no idea of what to expect. Crew members were not allowed to bring their own cameras.

But Gackenbach, sensing something big was coming, managed to sneak his on board. The result is a unique viewpoint of a defining and terrifying moment in history – the dawn of the atomic age.