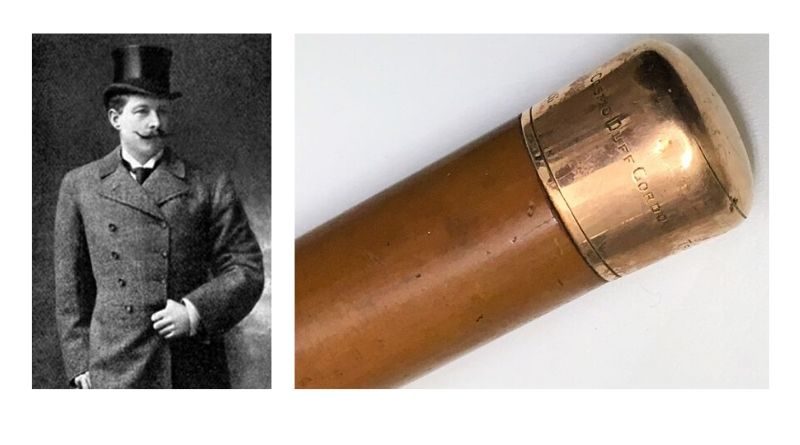 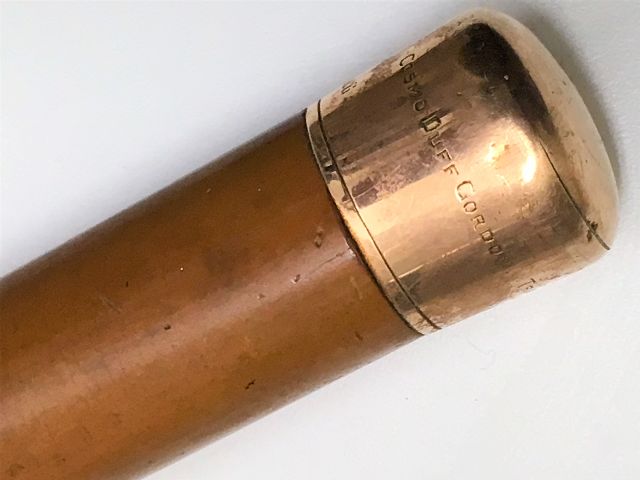 A walking cane belonging to a controversial survivor of the Titanic disaster in 1912, Sir Cosmo Duff-Gordon, is set to be sold on New Year’s Day in a Devon and Cornwall auction house.

The cane, made from malacca with a rare 12.5ct rose gold tip, belonged to Sir Cosmo Duff-Gordon who boarded Titanic’s fateful maiden voyage along with his wife, Lady Duff-Gordon and her secretary, Laura Mabel Francatelli.

Duff-Gordon, a landowner and renowned Olympian fencer, was a first-class passenger on the ship and, alongside his wife and her secretary, was one of only twelve people who escaped the catastrophe in Lifeboat #1. The lifeboat had the capacity to hold 40 passengers, and Duff-Gordon later faced criticism that he boarded in violation of the ‘women and children first’ policy. Moreover, he was accused of having bribed the crew not to return to pick up people from the water as the ship went down.

The wealthy aristocrat denied all charges against him and the British Board of Trade’s inquiry into the disaster accepted his declaration that his was a charitable contribution made to crew members who had lost possessions and employment.

The cane was made by renowned maker, Briggs, and the top was crafted by goldsmith Charles Cooke. The gold top was assayed in London 1904. It is inscribed Cosmo Duff-Gordon with also Travellers Club, denoting the owner’s membership of the exclusive London gentlemen’s club. Sir Duff-Gordon was the grandson of one of The Travellers Club’s founder members, Sir Edmund Antrobus.

The object comes with a good provenance as it was presented to Duff-Gordon’s housekeeper, Isabella Whale, in 1931 and has been consigned to the auction at Clarks Auction Rooms in Liskeard with an estimate of £300 to £500.