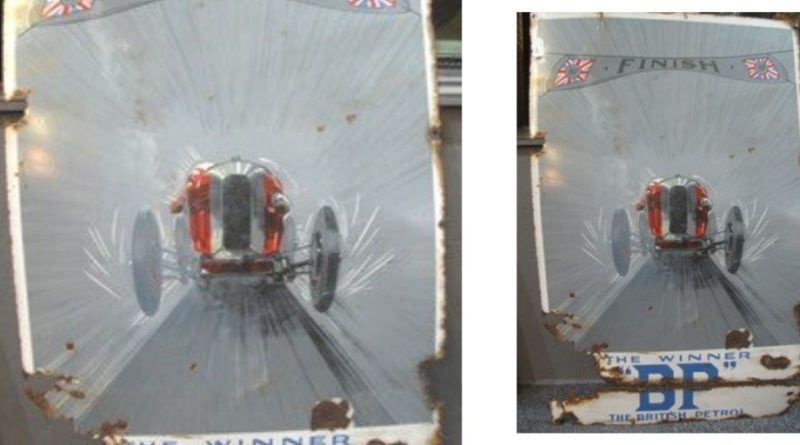 A rusting British enamel advertising sign that was rescued from a skip has sold for thousands in a Welsh saleroom. 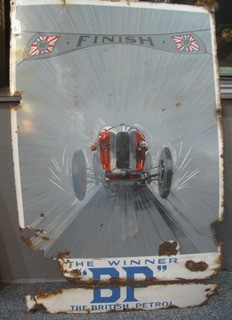 Despite being in poor condition with substantial areas of rust and deterioration, particularly to its lower half, the BP advertising sign sold for an impressive hammer of £10,400 at a recent sale at Peter Francis auctioneers in Carmarthen.

Made in the 1920s, the sign is considered to be the ‘holy grail’ among collectors of early motoring signs, and depicts a racing car passing the finishing line at speed above the legend, ‘The Winner, BP, The British Petrol’.