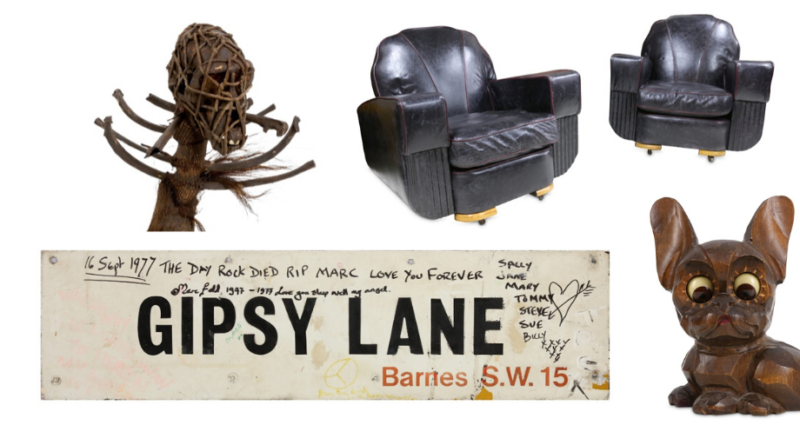 A London auction house will celebrate the ‘weird, the wonderful and everything in between’ in an upcoming sale later this month entitled From the Curious to the Extraordinary.

Chiswick Auctions‘ sale looks set to be the ultimate cabinet of curiosity, with a wide array of unusual lots lined up, including ex-museum exhibits, fossils, anatomical models, dioramas, automatons and all sorts of other strange objects and works of art.

The catalogue is divided into the different themes such as ‘From the Mysterious to the Macabre’, ‘From the Sublime to the Ridiculous’ ‘From the Massive to the Miniature’ and other more general themes such as erotica and mystery clocks.

The auction house said there is something for every buyer, whether they are seeking early works of art like 18th century treen, to contemporary and urban art.

What unifies the 385 objects in the sale is that they are all unusual with striking visual appeal, and estimates vary from £80 to £15,000.

The sale will also feature a collection of mystery and novelty clocks, for example a clock modelled as a moving light house, as well as a lock of Queen Victoria’s hair and a cabinet complete with an insect collection.

The sale takes place on January 21.