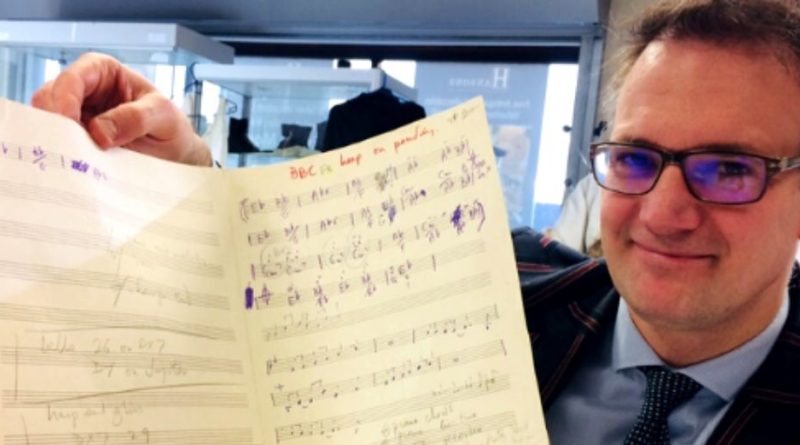 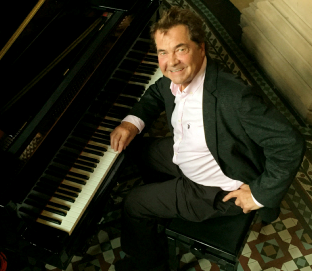 Simon May, composer of the EastEnders theme tune, has bought back his own handwritten music for the famous song at auction – after it vanished over 20 years ago.

An important page of the musical score, written by Simon in 1985 and used for the popular TV soap, came up for sale at Hansons Auctioneers recently – much to the composer’s surprise as he thought he’d lost it.

In fact, he donated it to a charity auction 21 years ago in 1999. But that event had slipped his mind until Hansons contacted him to find out more about the valuable item. The page of music for E8, later known as EastEnders, together with Simon’s original letter of authenticity, a CD of his music and the auction lot number from 1999 went to auction with an estimate of £70-£100.

However, keen EastEnders fans made the price quadruple. The 75-year-old composer from Guildford, Surrey, had to battle with internet bidders to buy back his own musical manuscript – and the hammer finally fell at £460.

Simon said: “It was really exciting to bid at auction. I’d never done it before. I booked a phone line to ensure I didn’t miss out. I’m surprised the price went so high but I suppose there are a lot of EastEnders fans out there.

“I’m really pleased to get it back. It was an important extract from the E8 musical manuscript. Now it can be returned to my family archives. I’d realised it was missing but I thought I’d lost it. It’s part of my family history.

“Unfortunately, I can’t recall which charity I donated it to all those years ago but it might have been London’s Nordoff Robbins Music Therapy Centre. It was definitely for a charitable cause. I have supported many charities over the course of my career.”

In the letter of authenticity, dated May, 1999 and sold with the lot, Simon wrote: ‘Enclosed is one of my original sketched pages written in 1985 for E8 as it was then called before being renamed EastEnders. Also enclosed, a recent signed CD of mine which includes music from EastEnders, Howards Way, Trainer. The last track ‘Wolfgang’ is my personal favourite. It’s about a few days I spent in Salzburg, Mozart’s birthplace. Thank you for supporting a good cause!’

Charles Hanson, owner of Hansons Auctioneers, said: “I’m delighted we’ve helped to reunite Simon with his music – an extract from a song that’s so familiar to us all we can recognise it in seconds. EastEnders has been on our TV screens since 1985 which means the nation has been listening to Simon’s music every week for 35 years.

“The musical extract arrived in our saleroom after we were asked to clear a Surrey home of objects and ephemera gathered over many years. The seller was absolutely delighted to hear the music had gone back to Simon.”

Born in Devizes and a pupil of Dauntsey’s School, Simon May won a choral scholarship to Cambridge University, graduating with a degree in modern languages. While teaching languages and music at Kingston Grammar School, he co-wrote a musical named Smike which was later televised by the BBC.

He has numerous claims to fame. As well as the EastEnders theme tune, he reached number seven in the UK charts performing The Summer of My Life in 1976. The song featured in TV soap Crossroads. In 1986 he released album Simon’s Way, which included his themes to EastEnders and Howards’ Way. It reached number 59 in the UK album chart. He also co-produced Amii Stewart’s Knock on Wood, which reached number one on the US Billboard Hot 100 chart in April 1979.