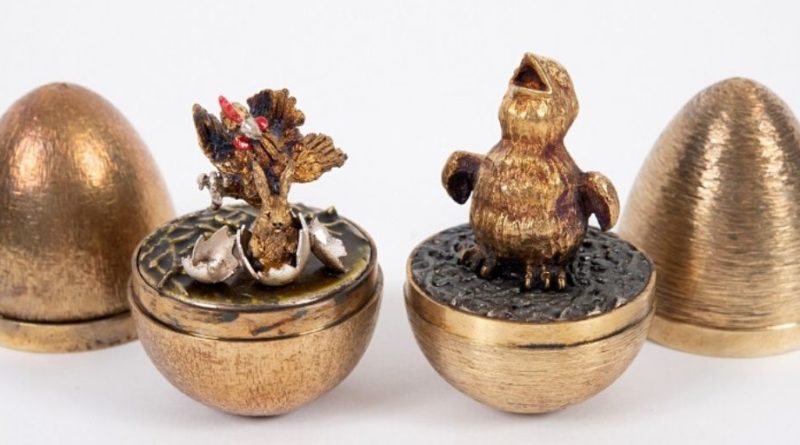 A collection of silver surprise eggs and baubles by the Australian-born designer Stuart Devlin is expected to sell for thousands when it goes under the hammer in Dorset soon. 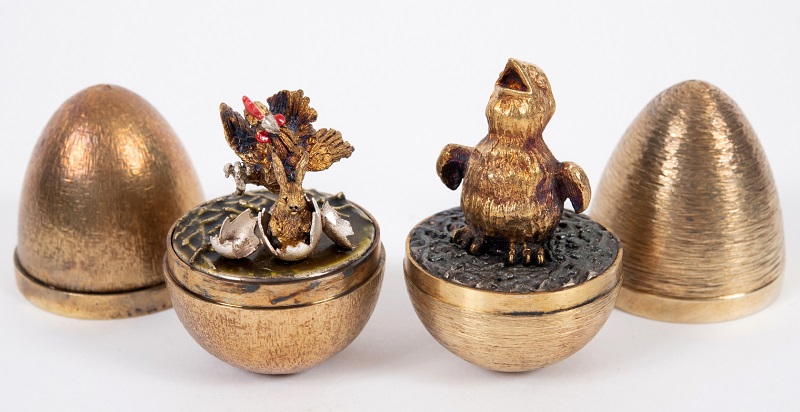 The collection comprises five silver surprise baubles and seven surprise eggs, along with a vase and two spoons, which are all estimated to sell for up to £6,000 at Charterhouse in Sherborne in their two-day auction on February 6 and 7.

“I have seen and sold many of the Devlin surprise eggs over the years, but rarely have I come across his Christmas baubles,” commented auctioneer Richard Bromell. “With the baubles estimated at £300-500 each I don’t think I’ll be buying one for this year’s Christmas tree!” 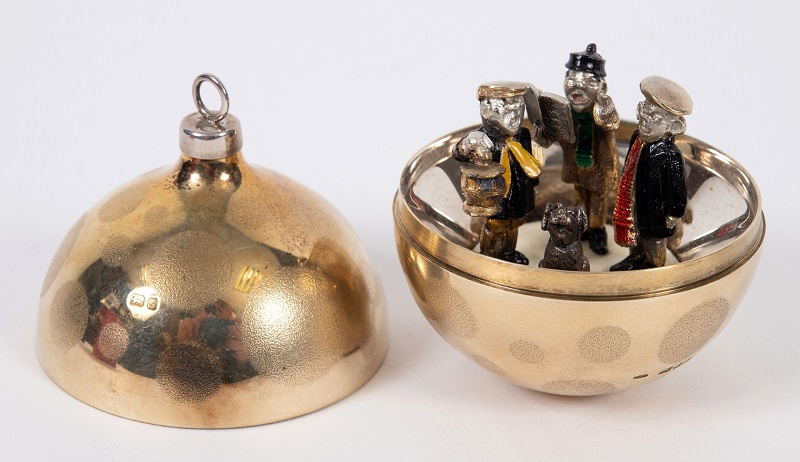 He continued, “The owner lived in Surrey in the 1970s and ’80’s and regularly shopped in London at the weekend. Often on her shopping trips she treated herself buying limited edition surprise silver commemorative, Easter and Christmas baubles from Stuart Devlin.”

With his distinctive silver designs, Stuart Devlin is highly sought after by collectors today.

Born in Australia, in 1965 he moved to London and opened a small workshop. This marked the beginning of his own distinctive style which included limited edition eggs and Christmas baubles, which when twisted open to reveal surprise interiors from Easter bunnies to Christmas carol singers.