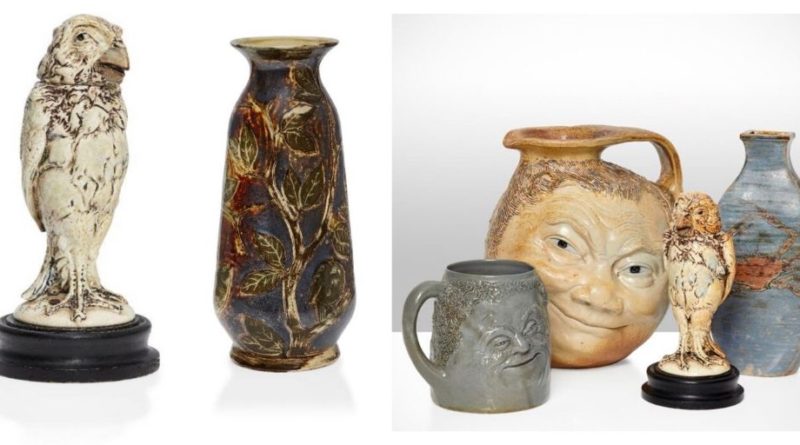 A London auction house is to host a sale focused on the creations of pioneering designers from the late 19th and 20th centuries. 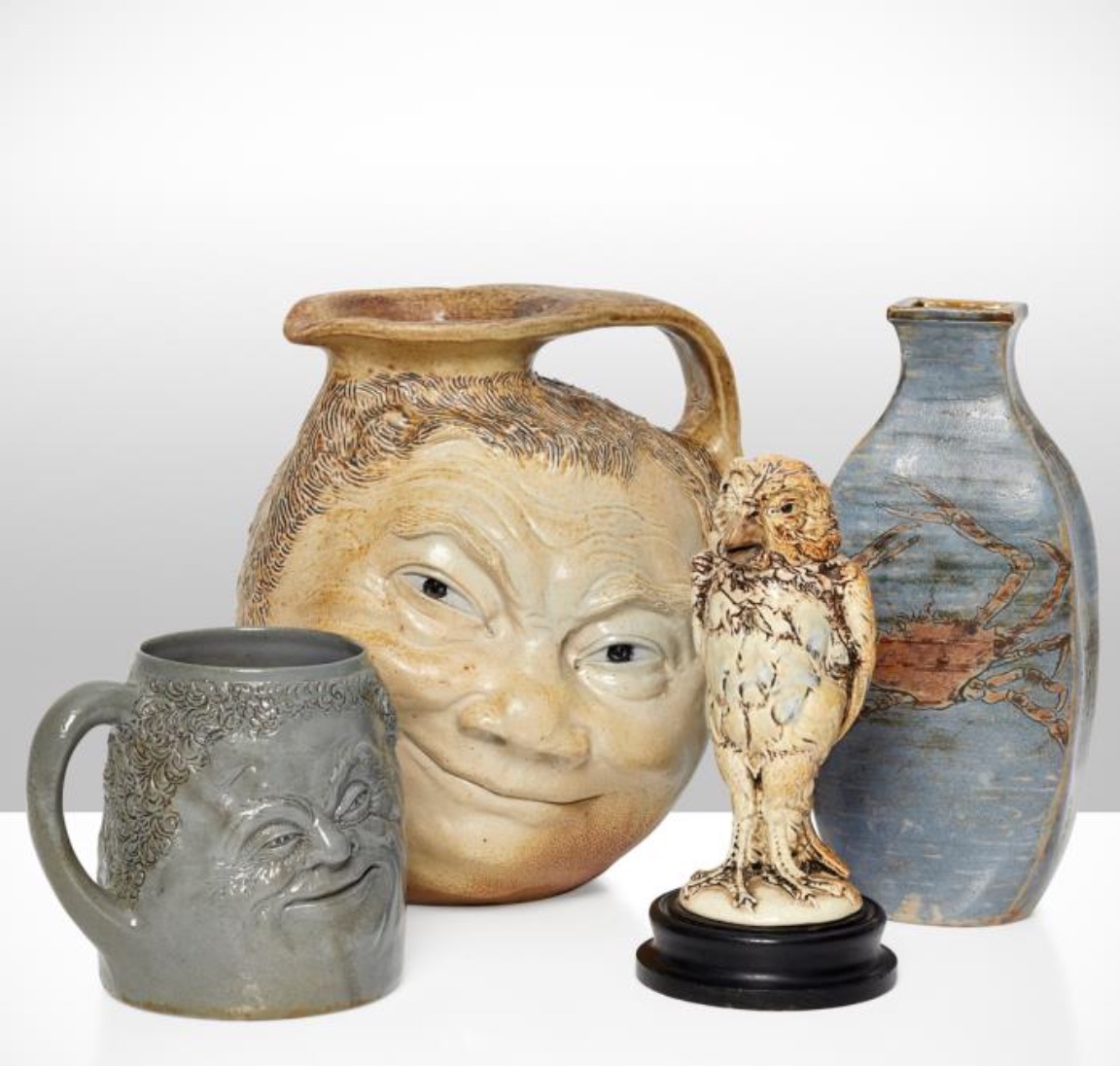 Roseberys London’s Design: Decorative Arts 1860 to the Present Day sale will include several pieces of coveted Martinware pottery from a single-owner collection, a cross-section of British studio ceramics and prime examples of designer furniture from Europe and America.

Fiona Baker, Head of Department, said, “We are pleased to include four lots of Martin Brothers ceramics, including two characterful double-sided pieces and an engaging small bird by Robert Wallace Martin, dated 25.5.1904.”

Eccentric founder Robert Wallace Martin (1843–1923) and his siblings Charles, Walter and Edwin epitomised the energy and experimentation of the 19th-century art pottery movement. Eminently collectable on today’s market, Martinware is known for its vast range of skilfully formed and decorated domestic and decorative wares. Often grotesque and eccentric, these distinctive creations demonstrate the brothers’ unique blend of fantasy and imagination.

A sculptor by training, Robert was generally responsible for throwing and modelling and is most commonly associated with the pottery’s fantastical sculptural bird models. These anthropomorphic lidded wares were produced in many different shapes and sizes. The jar for sale at Roseberys, estimated at £5,000 to £7,000, measures 18.5cm high and depicts the bird’s face in a thoughtful expression. The rest of the single-owner collection comprises a double ‘Face’ vessel jug, estimated at £1,500-2,500 and a double ‘Face’ vessel mug with an estimate of £500-800, both dated c.1890; and a stoneware ‘Aquatic’ vase from 1903 of flattened form incised and decorated with a crab and jelly fish on a watery blue ground, estimated at £1,200-1,800.

The sale opens with a collection of thirty lots of William Moorcroft, delicately tube-lined with his distinctive and colourful patterns. From the 1920s, there is a René Lalique blue glass Gui vase, and from the 1930s there is an Edward McKnight Kauffer Shell poster. Also offered is a group of Georg Jensen jewellery including a silver and rutilated quartz ring by Vivianna Torun Bülow-Hübe.

Nigel Dawson-Elis, Junior Cataloguer & Furniture Valuer Furniture & Modern Design commented, “From Danish design master Kaare Klint, we are delighted to offer an iconic ‘Faaborg’ chair, originally designed in 1914, this example was produced circa 1950 by Rud. Rasmussen. From America we have a selection of varied and interesting metalwork pieces by design duo Curtis Jeré, as well as a rare PE24 dining table designed by Paul Evans and produced in 1969. Other notable lots include a large and impressive desk attributed to Osvaldo Borsani and a striking pair of modernist rugs designed by renowned British textile designer Peter Collingwood.”

The sale takes place on March 3.