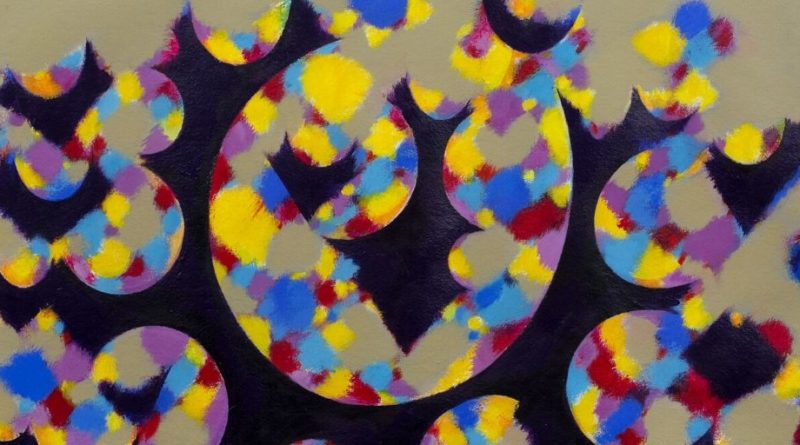 An abstract painting by the Scottish artist William Gear has sold for over four times its estimate in a recent sale in the Cotswolds.

Entitled Fairground Flight, the signed and dated acrylic painting sold for £2,200, against an estimate of £300 to £500. 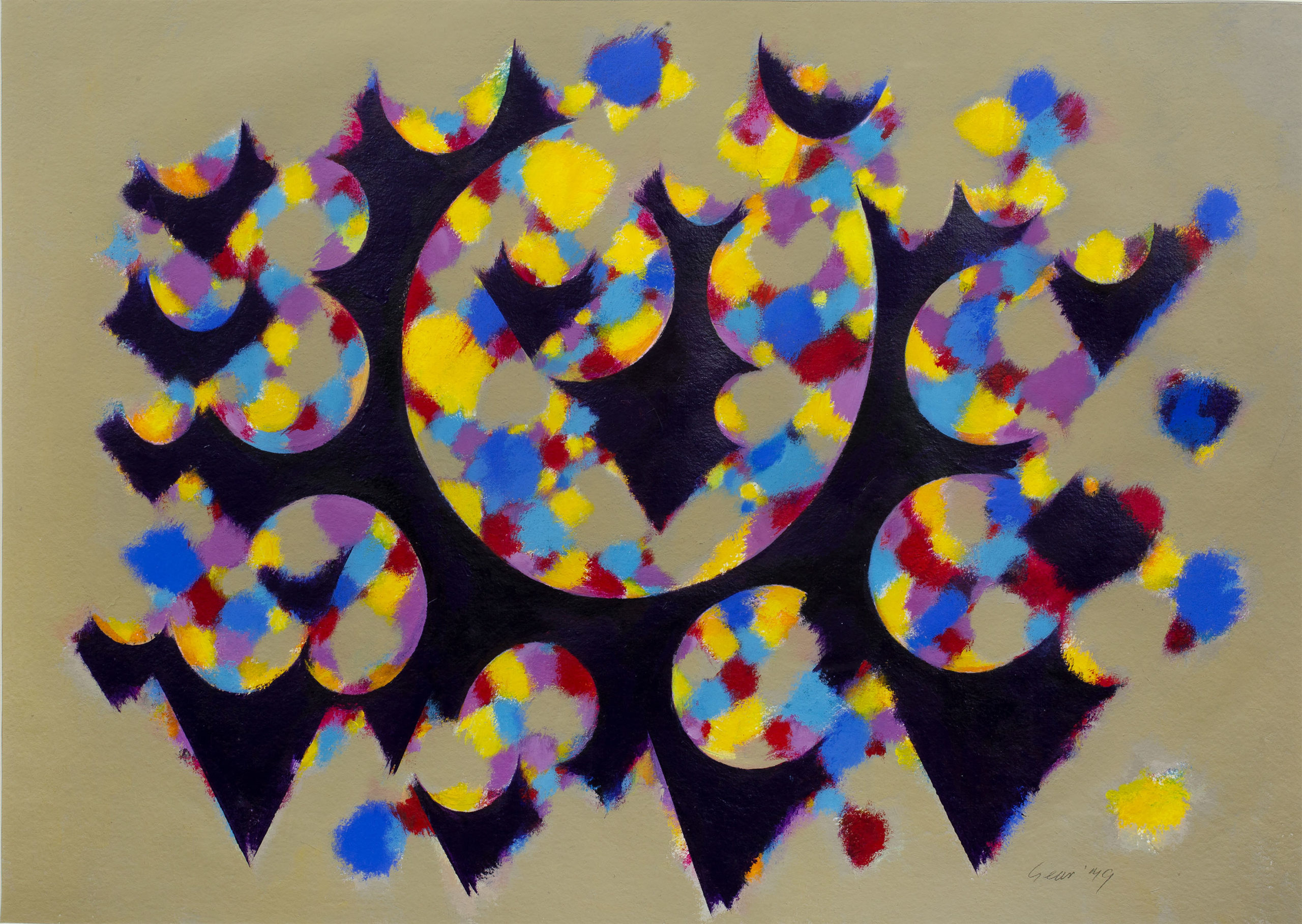 Also proving successful in the sale was a selection of eight, charming Old English Sports and Games tiles by Minton’s Art Pottery Studio, which sold to a private collector for a hammer price of £2000, against an estimate of £200–£400. Minton’s was set up in Kensington Gore in 1871 and specialised in the hand painting of pottery and tiles. Sadly, the studio burned down in 1875 so they only produced this type of tile for a very short period of time. 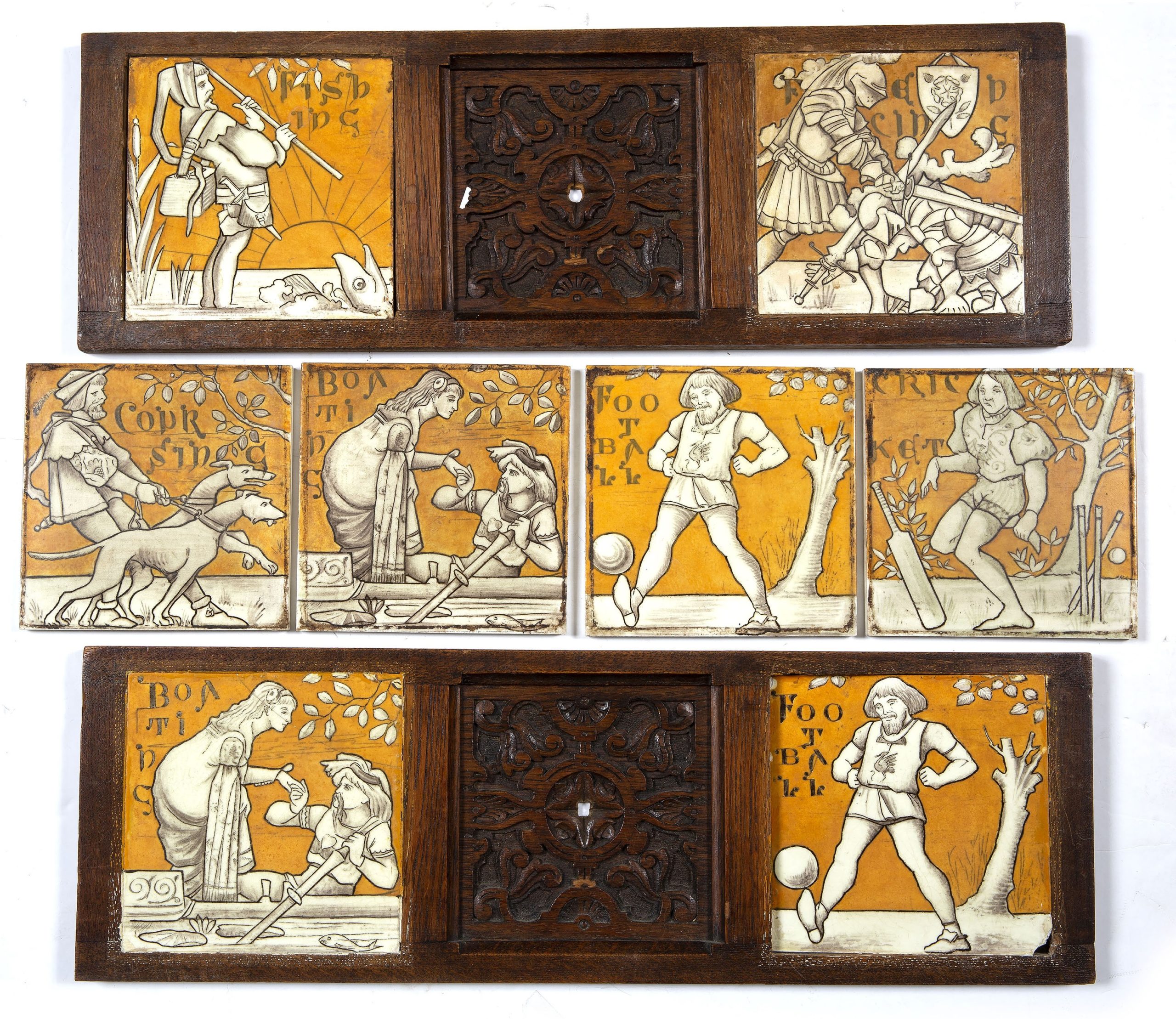 A selection of furniture featured in Mallams‘ sale including an ebonised chair with raffia inset back, attributed to London manufacturer William Watt, after the architect and designer Edward William Godwin. Godwin was renowned for his enthusiastic designs inspired by Japanese art and culture.

This chair was estimated at just £100–£200 but was highly contested online and in the room and eventually sold to a UK bidder for £1200. 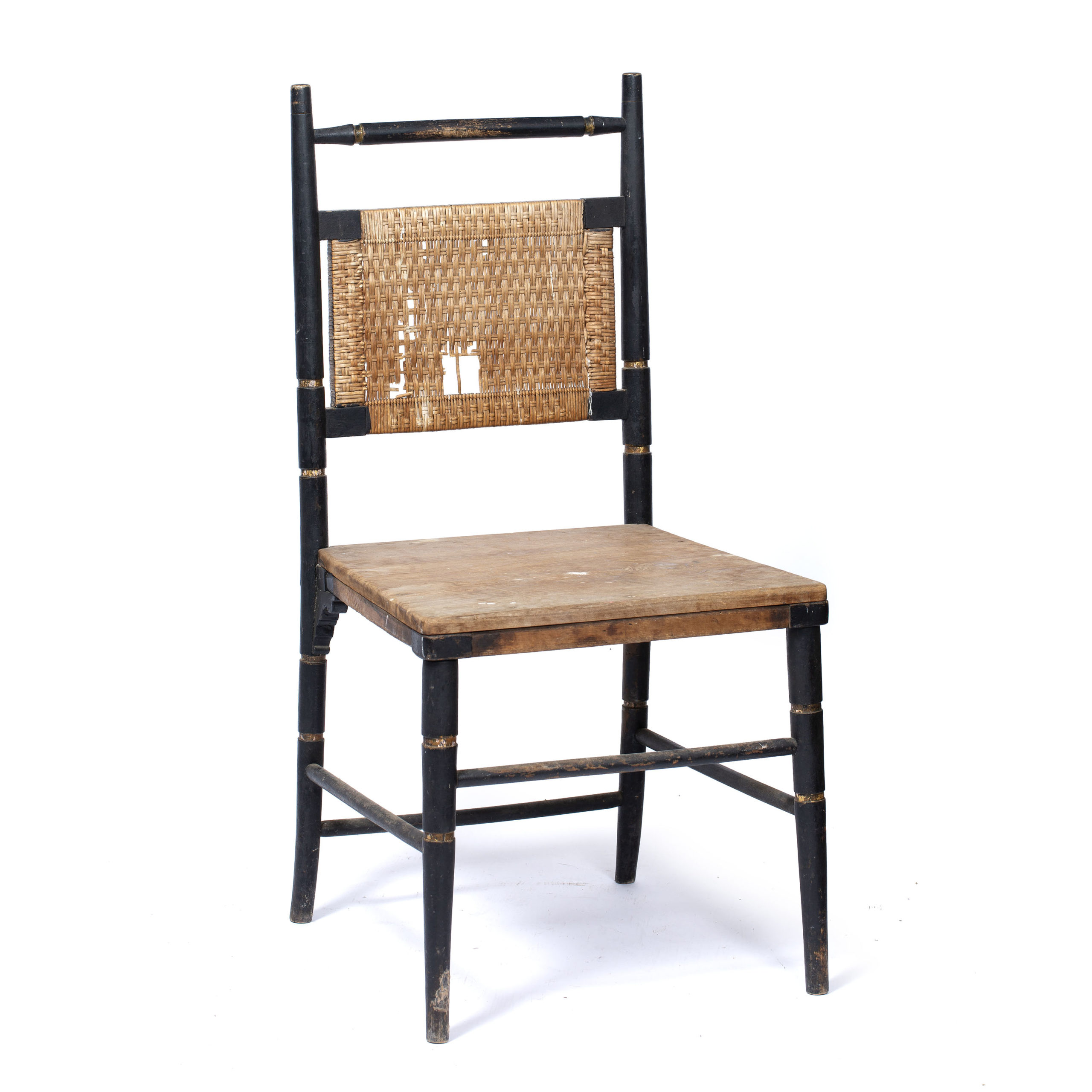 Other items of note included: