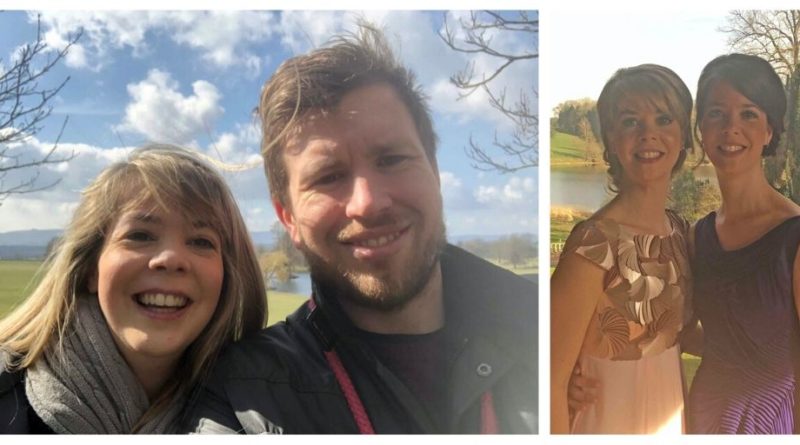 A Surrey auction house is to stage a charity auction for the NHS – with a personal reason for doing so.

Caroline McCrea, the wife of Alastair McCrea, who heads the Entertainment & Sporting Memorabilia department at Ewbank’s has just returned from maternity leave to her work as an Advanced Critical Care Practitioner in Intensive Care at Queen Alexandra Hospital, Portsmouth. She will be joined in ICU by her twin sister, Francesca, a doctor who has also recently returned from maternity leave.

“It’s been an intense experience for Caroline and Francesca,” revealed Alastair. “After Caroline’s first shift on April 2, she came home shocked at the number of patients coming into the hospital. With both our parents in the vulnerable /elderly category and lack of nurseries available this is a tough time for us.”

Alastair revealed that the hardest part has been the impact of the protective clothing the hospital staff have to wear. “This effectively removes the human element of nursing as the only personal contact is via the eyes. This is particularly striking because patients are not able to have any physical contact with their loved ones during this time.”

Alastair decided he wanted to support them in the best way he could, by raising money through a charity auction for Queen Alexandra Hospital and the Royal Surrey Hospital in Guildford, where the couple’s son Joshua was born and near where the auction house is based.

Local businesses and individuals have been swift to react to the call for pledges for Ewbank’s Rainbow Charity Auction.

“I have appealed for people to donate experiences rather than objects,” says Alastair, “because I also want to support businesses where possible to help them get back on their feet after all of this, and I think it would be nice for people in lockdown to have an outing to look forward to.”

Pledges so far include a hotel break, restaurant meals, a day of touring and tasting at Silent Pool Gin distillery, Indian food specialist Mandira’s Kitchen and Albury Vineyard, a tour of Dorking Brewery, another of Denbies Wine Estate and even a free MoT.

“We also have free tickets for the Guildford Flames ice hockey, signed football shirts from Fulham and Cardiff City Football clubs, as well as a selection of exclusive artworks and tickets for this year’s panto in Portsmouth,” said Alastair. “One of the best highlights is a painting donated by renowned artist Sherree Valentine Daines, from Leatherhead, who has exhibited at the Tate and is collected by the Royal Family.”

With a small baby at home, returning to work on the frontline was difficult, “but Caroline and her sister didn’t hesitate because they have a very strong sense of duty,” said Alastair. “Obviously, you worry when someone puts themselves in this position, but I couldn’t be prouder.”

It’s not the first time the couple have had to rise to the occasion in an emergency. In 2015, two days before they were due to be married, their wedding venue, Clandon Park House, went up in flames, but they managed to arrange for the event to be transferred to Loseley Park, south of Guilford.

“In many ways it made it an even more memorable occasion,” said Alastair, “but I think everyone concerned would have preferred not to have gone through that experience and to still see Clandon Park House in all its former glory.” Now, though, the couple are firmly focused on doing their bit.

Ewbank’s Rainbow Charity Auction, a timed online auction will run from Monday till the close of play on Friday, May 18.

All those who want to donate have to do is to email Alastair details of the pledge or a voucher at alastair@ewbankauctions.co.uk and these can be forwarded via emails to the successful bidders, who can then redeem them when lockdown comes to an end. All donations should be made by May 8.

The auction will be live on the Ewbank’s Auctions website and shared on all the company’s social media platforms and to their mailing list of 35,000. They will also credit any donations in the description. For those who would rather make a direct cash donation there will be online payment facilities.

There will be no selling or buying fees and the entire proceeds will be split 50/50 between the two hospitals.