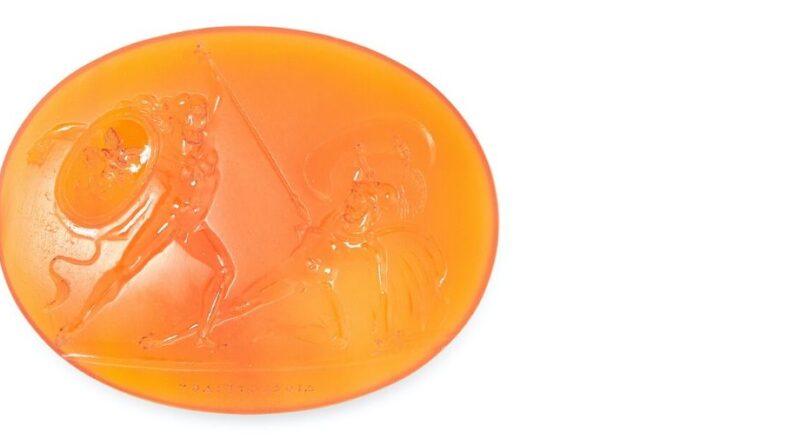 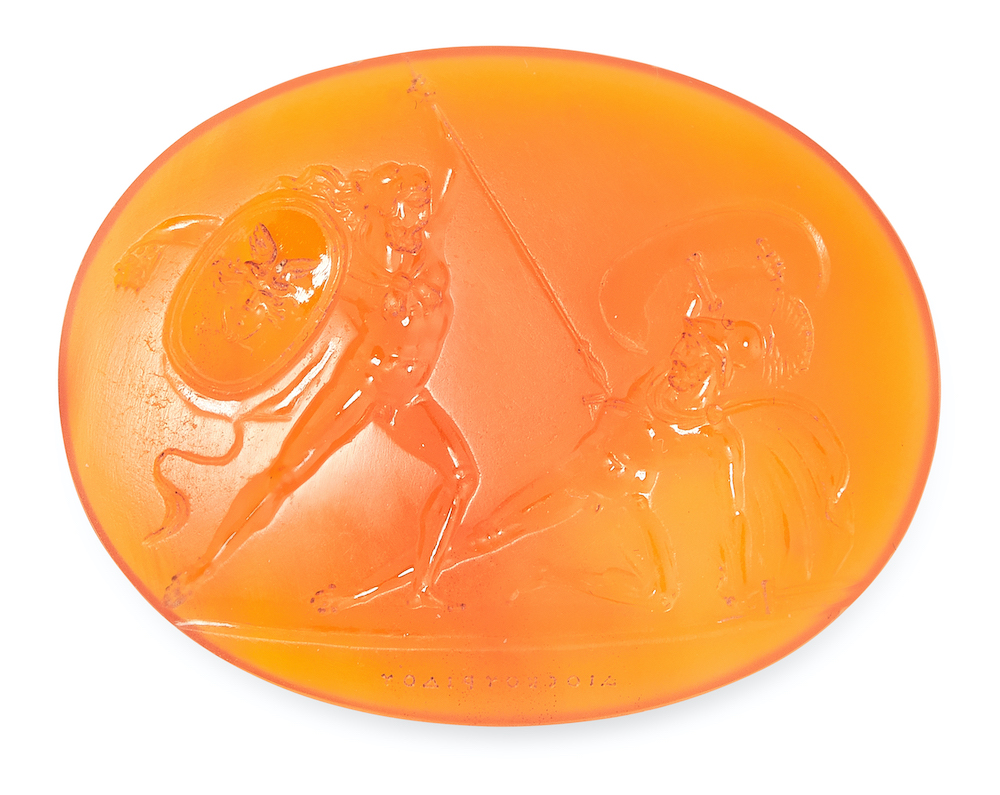 A set of three rare intaglios from the private collection of Prince Stanislas Poniatowski (1754-1833), nephew of the last King of Poland, have sold for thousands in a recent online sale.

The intaglios (engraved gemstones) are three of 2,500 commissioned by the Prince from a group of contemporary gem-engravers in Rome. They used classical literature as inspiration and were asked by the Prince to sign each with known pseudo signatures, in order for him to claim that they were genuine ancient engravings.

When they were completed in 1830, Poniatowski published a catalogue of his collection, releasing subsequent versions of the catalogue in 1833. After his death, his collection was offered for sale at Christie’s in London in 1839, causing outrage amongst collectors and potential buyers upon their discovery as contemporary carvings. Today, the intaglios are in collections around the world and are appreciated in their own right, as fine examples of neo-classical carvings.

Commenting on the result of the pieces in the sale at Elmwood’s, Samuel Hill, director of the auctioneers, said, “The intaglios are highly sought-after, so it was no surprise that they all exceeded their pre-sale estimates. The buyer of all three was a private collector from China, who fought off other interested parties around the world to purchase all three.”