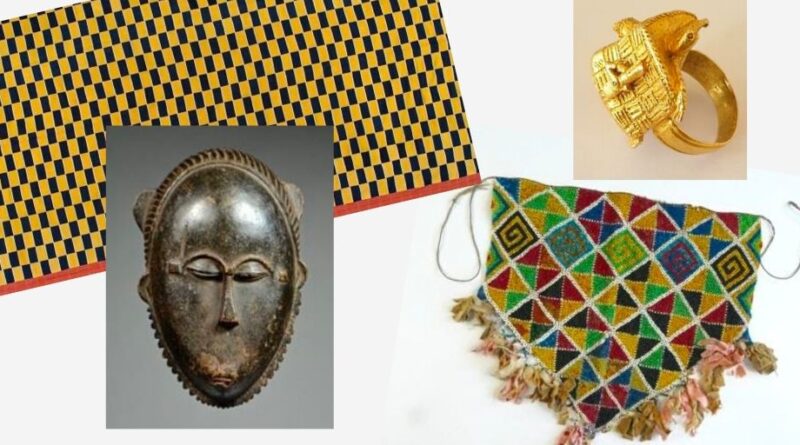 Tribal Art London has announced that the event, due to take place in September, will be postponed until September 2021. It continues to support the Tribal Art community through the introduction of a new series of curated, commercial, online exhibitions. The series will open with Merging Cultures: The impact of trade and travel on Tribal Art, which will run via www.tribalartlondon.com from June 25 to August 1, 2020.

This exhibition explores the development of trade routes used to move items such as gold and salt through Africa and to the rest of the world, and in contrast the impact of European imports into Tribal communities. The exhibition will not only explore trade though physical goods but the movement and exchange of ideas, artistic inspiration and religious doctrine.

Throughout the exhibition visitors will be able to navigate virtual galleries learning about the impact of trade on Tribal communities. Mansa Musa, the 14th Century West African ruler is notably contested as the richest man who ever lived (worth an approximate £300 billion today), riches he acquired by monopolising the gold, copper markets and trade routes through West Africa into the North and Europe. In order to carry out trade more efficiently with the Portuguese, Spanish and later the Dutch, the Akan of West Africa created gold weights; these weights are evidence of the impact and importance of gold in West Africa which earned it the nickname of the Gold Coast.

Glass beads feature in multiple exhibits and were a popular item for trade by European and Chinese merchants from the 15th century. Their usage can be seen in jewellery throughout Africa, Papua New Guinea and many other Tribal communities around the world. Tribes attributed meaning to different coloured beads and when sewn into patterns, a description of the wearer’s heritage or prestige could be conveyed.

Textiles were a central commodity in the beginning of global trade and the exhibition includes multiple fine examples of Tribal textiles from around the world. Evidence of 11th century textiles in West Africa shows an already established industry.

While this would assume a focus on exportation of textiles, the import of new materials such as silk, and colours in the form of red thread, meant that Africa weavers would unpick fabrics imported by European merchants and reweave to accord with local aesthetics. Indigo dye as seen in Ewe cloths from Ghana was made from plants in West Africa and eventually dealt to Europeans who, having been introduced to the rich dye by Indian traders became obsessed with the colour and gave it the nickname of ‘Blue Gold’. The growing of indigo by African slaves in Haiti in the late 17th century contributed to the country becoming one of the most valuable colonies in the New World.

The exhibition Merging Cultures reveals to the beginning of industry, cultural individuality and development in the face of outside influence. It portrays the power and the destruction of commodities and celebrates centuries of explorers and merchants who opened up the world.

The exhibition will feature works for sale from respected dealers in the field of tribal art including Bryan Reeves of Tribal Gathering and other UK-based exhibitors Cordelia Donohoe, specialist in ethnic jewellery, textiles and adornment; Joss Graham, well-known London dealer in ethnographic textiles, particularly those of India and Africa, and works of art; Sam Handbury-Madin, a young, third-generation dealer with wide-ranging tastes; Kenn MacKay, with a special focus on American Indian art; David Malík focusing on the material culture of Central and Western Africa; Kezhia Orege with tribal adornment, and Ian Shaw a specialist in African art and textiles.

Tribal Art London fair is an important focal point for international and UK collectors. It is renowned for offering an exciting diversity of works for sale with prices ranging from the low hundreds to over £20,000. The event attracts dealers, art institutions and private buyers from across the world.