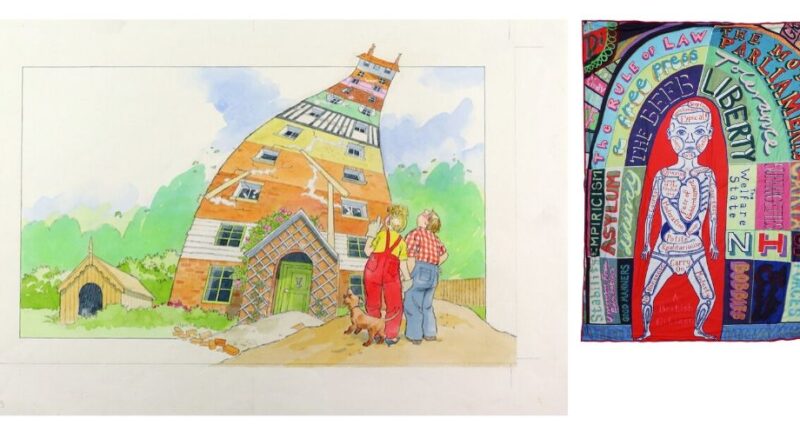 A Surrey auction house is preparing for a busy summer season of sales as it welcomes back customers for face-to-face valuations by appointment.

Ewbank’s said that lovers of art will welcome two upcoming sales next month, with the first, on July 15, a dedicated timed auction of artwork by Barbara Firth, featuring 180 individual watercolours at low estimates. On July 23, as part of the three-day summer sale event, there is an auction featuring fine and contemporary art.

Chris Ewbank, senior partner and auctioneer said: “We are delighted to welcoming sellers back to our Burnt Common auction rooms for valuation appointments. We are seeing a notable increase in goods are coming in for sale again, and although we have kept going very successfully throughout with live online sales, getting back to see people face-to-face is a great feeling as restrictions begin to be eased.”

The sale of 180 watercolours by Barbara Firth will feature in the auction, all at low estimates giving art enthusiasts an opportunity to snap up well-priced original works.

Barbara Firth (1928 – 2013) was a children’s book illustrator and specialised in animal paintings. She had no formal training as an artist and is quoted as saying “I have been very lucky, as my career in drawing is also my favourite hobby.”

She had a long-term partnership with publishers Walker Books and collaborated regularly with Martin Waddell on his Little Bear books.

She won the 1988 Kate Greenaway Medal for “distinguished illustration in a book for children”, for her work on Waddell’s Can’t You Sleep Little Bear, described as “as perfect a picture-book as anyone could hope to make”.

Original illustrations for Sarah Hayes’ The Grumpalump (1991) are included in the sale. This studio collection was acquired from her estate by the vendor after Firth’s death and comprises original art-work from various books that she illustrated.

Many of the works are annotated with studio instructions and none are signed. Very few of her water-colours have ever come on to the open market and this collection provides a unique opportunity for buyers, according to Ewbank.

Works already consigned for sale for the July 23 auction include a tapestry by well-known contemporary artist Grayson Perry RA.

Entitled Comfort Blanket, the tapestry print in colour in 2014, features the artist’s woven monogram on a label verso. It measures 170cm by 135cm, is unframed and comes with a copy of the receipt from the National Portrait Gallery. It has an estimate of between £1,000 and £2,000.

Other lots of note include a pair of oils by William Albert Clark (1880 – 1963) of cattle, one entitled Golden Dorothy, and the other Windsor Radiant. Both were owned by Sir Edward Nicholl, and the paintings have been consigned by the grandson of a cattleman who worked for Nicholl. The pair has been valued at between £2,500 and £3,500.

A watercolour by Scottish artist David West (1868 – 1936) called Lossie Harbour has an estimate of between £1,000 and £1,500. David West was a renowned watercolour painter and member of the Royal Scottish Society of Painters in Watercolour, as a painter of the sea, sandy waters and sky along the Moray Firth Coast he was unsurpassed. His work is highly sought after at auction.