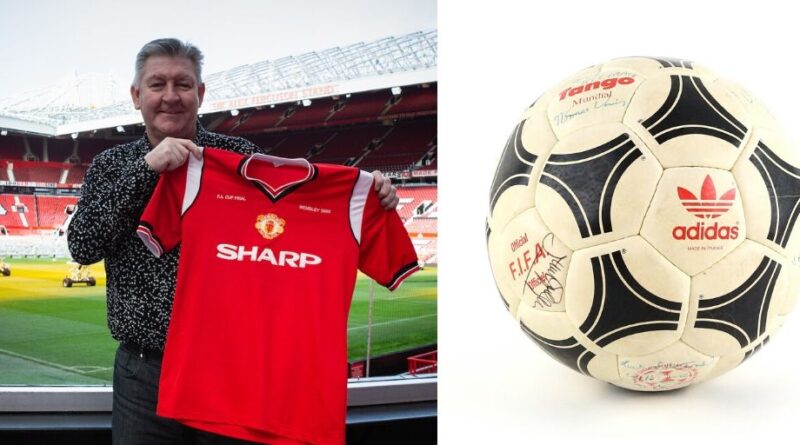 Former midfielder and Northern Ireland international Norman Whiteside is set to sell his collection of football memorabilia – including his FA Cup winner’s medals from 1983 and 1985 – at Ewbank’s Auctions near Guildford on July 29.

He was the youngest-ever World Cup player, and youngest to score in both League Cup and FA Cup finals, and was signed for Manchester United in his teens. The sale includes international shirts worn by Robson, Wilkins, Platini, Rummenigge, Battiston and César. 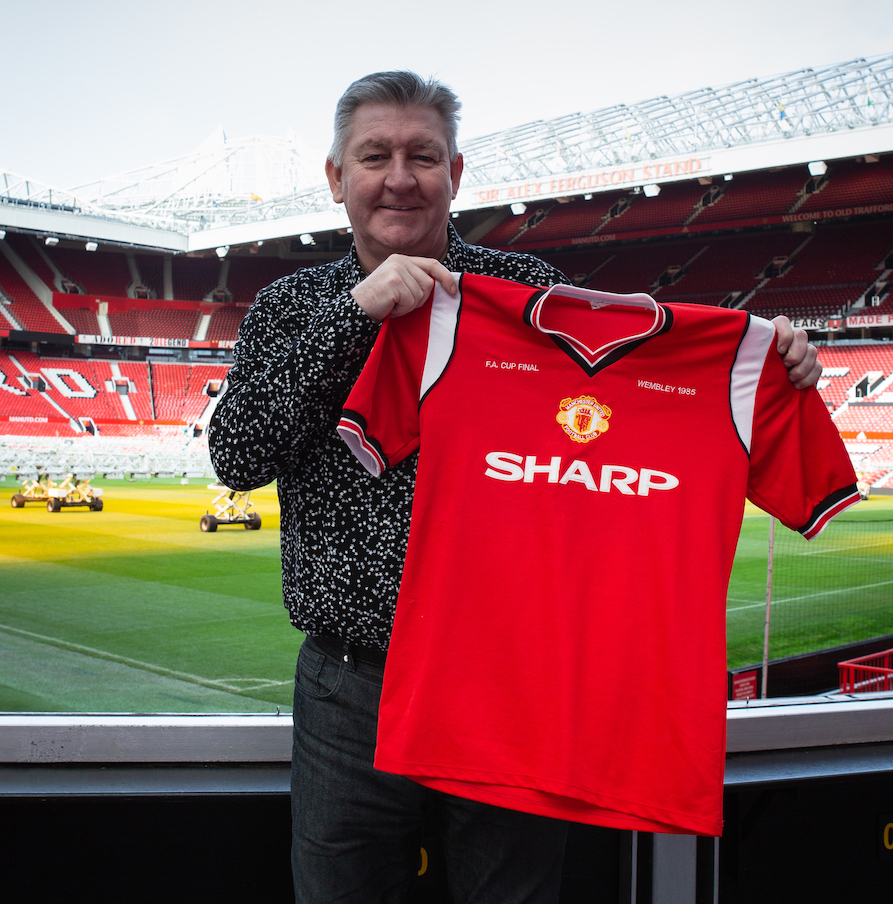 The exclusive auction will feature medals, United shirts from both the 1983 League Cup Final and 1985 FA Cup Final, World Cup shirts, international caps and a multitude of awards. Alongside these are many other pieces of memorabilia directly linked to Whiteside, who won 38 caps for Northern Ireland and scored 68 goals in 278 league appearances, who ended his career through injury at Everton in 1991.

His decision to sell his extraordinary collection of memorabilia comes just after the legendary player’s 55th birthday.

“No one’s pressurised me to do it, but now I’m turning 55 I want to make sure that all my pension provisions are in place,” said Whiteside.

“I get a small pension from my footballing days, but we didn’t earn much in those days before the Premiership, so I want to put that together with what the auction will raise to secure the future.”

Some of the lots that will be on offer have been in the Manchester United museum for more than 30 years. “I thought it would be nice for the fans to have a chance to bid for something,” he commented.

Looking back on his career, Whiteside declares it “a bit surreal” when he thinks of all the firsts he achieved, but says his most cherished memories are his winning goal against Everton in extra time in the 1985 FA Cup Final, and the spectacular winning goal against Arsenal at Villa Park in the 1983 FA Cup Semi-Final.

Arguably his greatest regret was the knee operation he underwent at the age of 16.

“They removed the cartilage, so I was playing bone-on-bone for ten years. Around six months after I had the operation, keyhole surgery started to be more widely used. If I’d had had that instead, I would probably have been able to play for longer instead of having to retire through my knee injury at just 26 in June 1991 – and then I would have had the chance to play in the Premiership, which started in 1992.”

Like Northern Ireland’s other Manchester United star, George Best, to whom he was constantly – and justifiably – compared, Whiteside was born and raised in Belfast, the son of working-class parents.

He said: “My mum and dad were very proud of what I did, but they were quite modest. Football is as popular as it is because it a working-class game. The best Christmas present you could get was a football or a pair of boots.

“My mother bought my first pair of boots from the shoe club and was paying them off for years. Me and my friends would play up against the chalked-up goal on the gable end wall near our home, or we’d go to the park, a couple of miles away. It was the cheapest form of entertainment you could have.”

By 15, Norman was leaving school early on a Friday to fly to train with Manchester United at weekends.

“I’d get to my digs and after training or playing a match with the juniors, I’d go to Old Trafford to watch the first team play before going home. It was a great experience and taught me a lot about independence,” he said.

Training as a podiatrist after retiring from playing, Whiteside has also worked in the corporate hospitality department at Manchester United since 1994.

He added: “I’ll go there in the evening and after the match I’ll usually get the odd round of applause and a bit of attention, but then I can go home on the train and no one will recognise me. I’m very proud of what I have achieved but I’m also rather shy, so this gives me the best of both worlds.”

Other highlight lots include a match ball, a Home International winner’s medal from 1984, a signed ball commemorating his FA Cup quarter final hattrick against West Ham in 1985, Whiteside’s youngest ever World Cup player shirt from 1982 and a number of Northern Ireland World Cup shirts.

Items associated with other players include England shirts (No 6) belonging to Ray Wilkins and (No 7) Bryan Robson, Michel Platini’s No 10 shirt for Juventus and a Brazil shirt worn by Julio Cesar.

“It’s the most extraordinary and historic collection that ticks so many boxes,” said Ewbank’s specialist Alastair McCrea.

“Manchester United is the most iconic football team in the world and Norman Whiteside was the player of his generation, as well as being the youngest to score in a League Cup and FA Cup Final.

“The list of superlatives continues with his international role. Having the chance to bid for any number of pieces in this consignment must be the ultimate dream for football fans and it’s an honour – especially as a football-playing Northern Irishman myself – to handle this auction.”