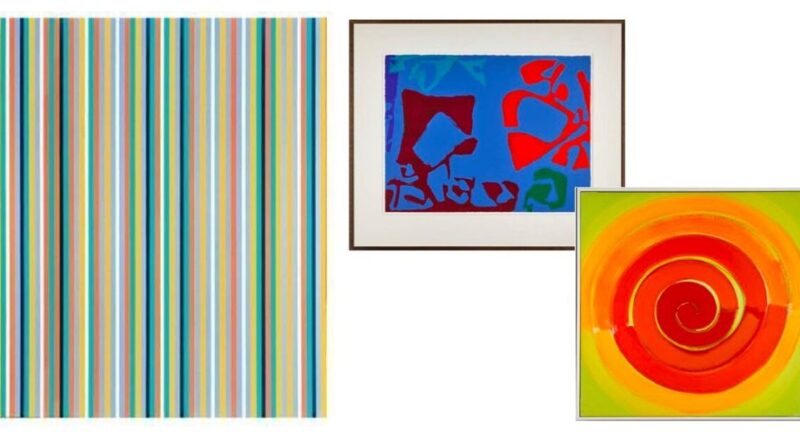 Art from the British Airways Collection, including paintings, prints and works on paper, will go under the hammer at Sotheby’s across two auctions to be held later this month.

The auction house said that the sale includes works by some of the very best talent to emerge from Britain in the second half of the last century. 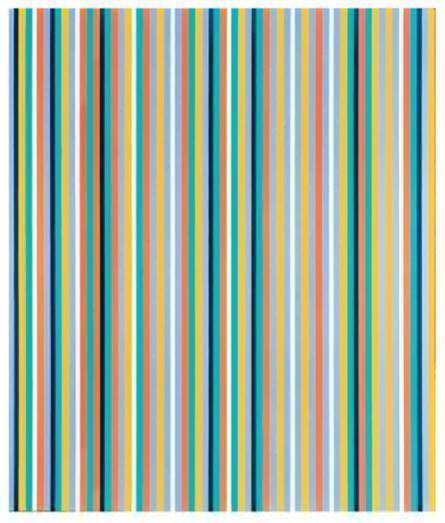 The offering will be led by pioneering British female artist, and subject of a recent critically acclaimed retrospective at London’s Hayward Gallery, Bridget Riley. Cool Edge from 1982 has an estimate of  £800,000-1.2 million, is one of the finest examples of the artist’s stripe paintings from the 1980s and will be a highlight of Sotheby’s London cross-category Evening Sale, ‘Rembrandt to Richter’, on July 28.

The painting belongs to the ‘Egyptian Series’ which was celebrated in the artist’s aforementioned Hayward Gallery retrospective exhibition earlier this year. A trip to Egypt in 1979 led to a fascination with the dynamic use of colour in ancient Egyptian tomb paintings, and Cool Edge bears all the hallmark hues of her celebrated ‘Egyptian palette’ – violet, aquamarine, coral and yellow.

Many examples reside in the permanent collections of international institutions. Achæan (1981), a work with a remarkably similar colour palette, is a highlight of the Tate Collection, London, and Blue About (1983/2002) is in the collection of The Museum of Modern Art, New York.

Sotheby’s online auction of Modern & Post War British Art (20-30 July) will offer seven further screen prints by Riley from The British Airways Collection, including five works from her Elongated Triangles series of 1971. They will be offered alongside paintings by Terry Frost and Patrick Heron, who – like Bridget Riley – were inspired by the light, colour and shape of Cornwall, a place they all called home.

Two paintings by British artist George Shaw lead the remainder of the offering, which includes rare prints by Damien Hirst, Marc Quinn and Julian Opie from 2000, andPeter Doig’s Grasshopper Portfolio, a series of ten etchings drawn from the ground-level perspective of a grasshopper.

Carolina Martinoli, British Airways’ Director of Brand and Customer Experience, said: “We are fortunate to have been able to showcase a wealth of artists and creativity through our artwork collection, many of which have been a special part of the design of our lounges worldwide.

“During this unprecedented time we have made the decision to work with Sotheby’s, one of the world’s leading and most trusted auction houses, to sell a number of pieces by artists including Bridget Riley and Damien Hirst. We look forward to them finding new homes with this sale.”

Oliver Barker, Sotheby’s Chairman for Europe, said: “This fittingly British collection presents a roll call of some of the greatest names of the second half of the 20th century, long-celebrated in the British Airways collection. From Bridget Riley, whose Cool Edge ranks among the finest 1980s stripe paintings ever to come to auction, through to the British Modernists and the radical Young British Artists of the 1990s, this offering represents the best of British art.”