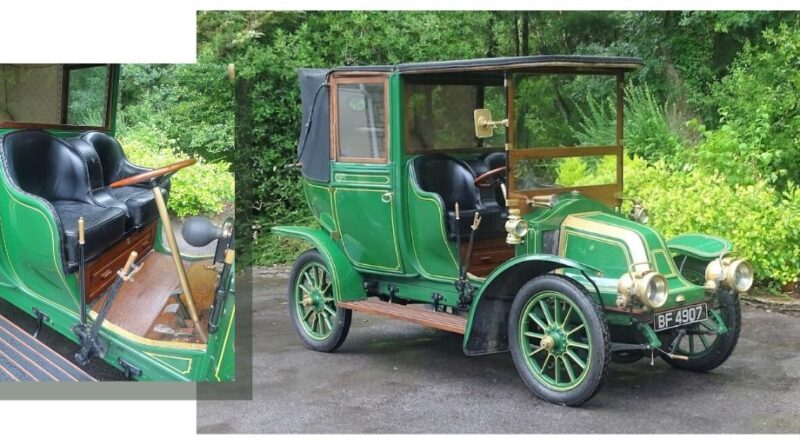 The 1909 Renault Type AZ 12/16hp Landaulette has coachwork by Lucas of London and demonstrates typical French flair with echoes of the vehicles seen on screen in TV’s Downton Abbey. 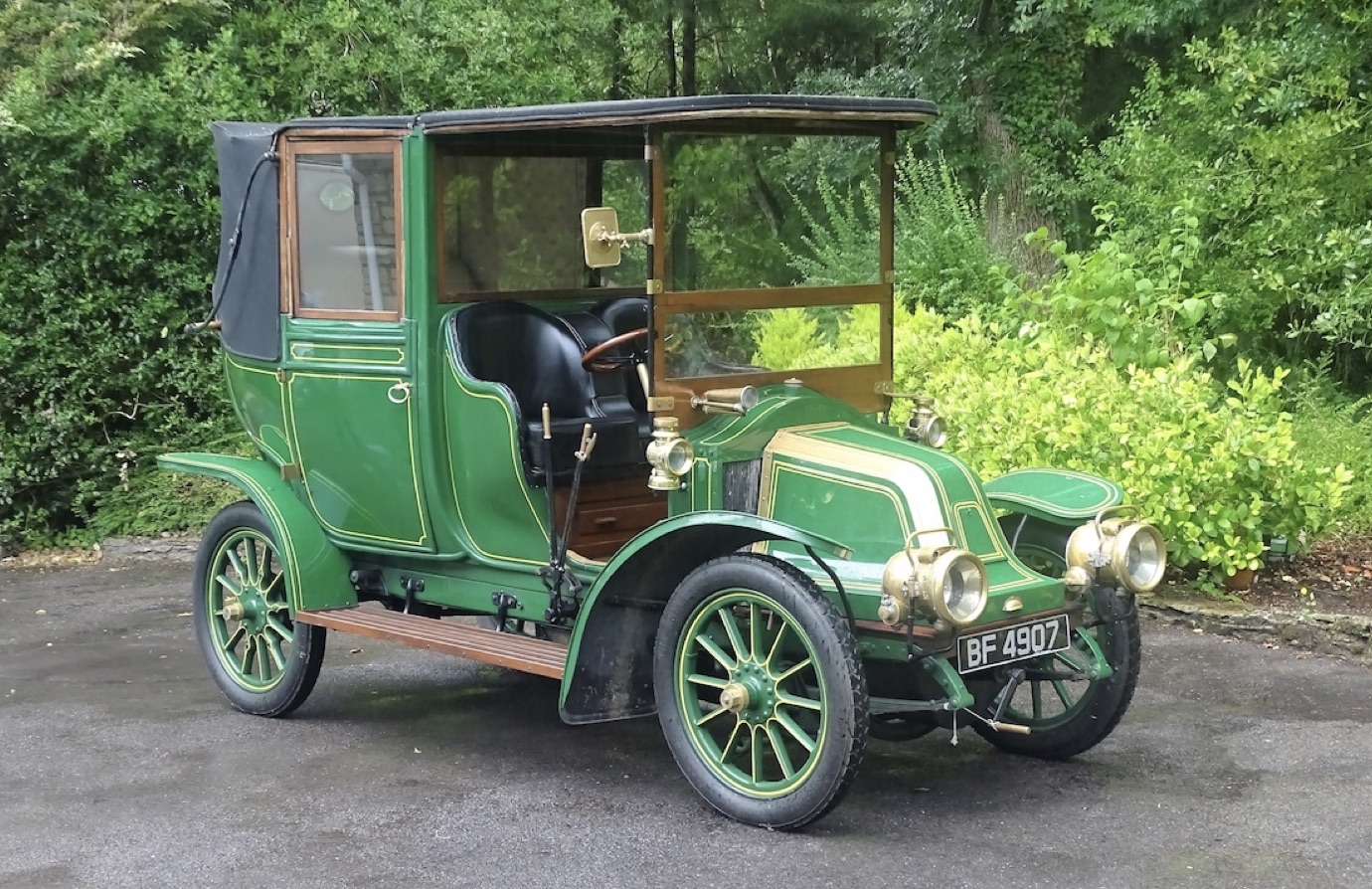 It comes to the H&H Classics sale from a deceased estate and will be sold on July 22 in a live auction online.

An elegant town carriage which was chosen as transport by a descendant of the Duke of Wellington to celebrate her family’s association with ‘Number One, London’ (a.k.a. Apsley House and the Wellington Museum) a few years ago, this original bodied Renault is worthy of close inspection and would make a fine addition to any Edwardian collection.

Wonderfully detailed from its engraved hubcaps and Rotax ‘Mangin Lens Mirror’ headlamps to its luxurious rear cabin, this Landaulette started readily and ran well during the recent H&H Classics photography session. It has had a recent thorough engine overhaul by veteran and vintage specialists Henal Engineering Ltd of East Sussex. 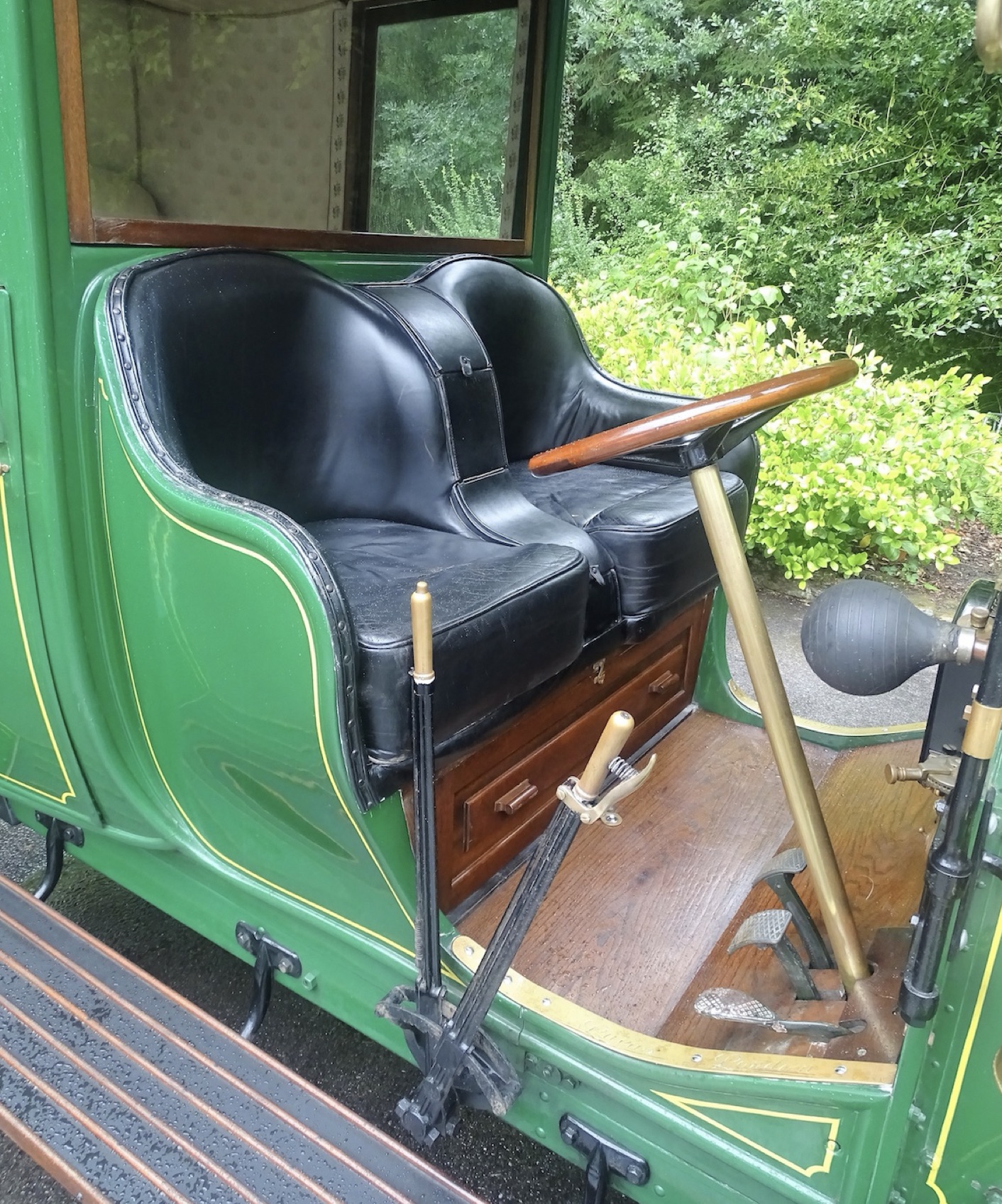 The car boasts its original Lucas of London Landaulette coachwork and has been uprated with an electric starter and Zenith carburettor.

While today Renault is viewed as a maker of a range of modest cars, a century ago the car manufacturer produced everything from taxis to tractors. Launched in 1898 the marque had by 1912 established itself as one of the pre-eminent European car manufacturers. The 12/16 model, introduced in 1909, was one of Renault’s more luxurious offerings and was bodied by various independent coachbuilders, the practice at the time.

A carriage builder with premises on Oxford Street, North Audley Street and Brixton Hill, Frederick William Lucas – trading as Lucas of London and later FW Lucas (1922) Ltd – was chosen to body chassis 15067 as a Landaulette. The driver and front seat passenger were sheltered by a fixed wooden roof and windscreen, while those in the rear benefited from a glazed division, a convertible soft-top, sumptuous brocade trimmed upholstery and carriage-style ‘drop down’ side windows. Supplied new via ‘Renault Freres Ltd for Great Britain and the Colonies’, the Type AZ was first road registered as ‘KN 18’ by Kent County Council. Known to have subsequently belonged to Mrs D Green of Trowbridge in Wiltshire, the Landaulette’s early history is otherwise a mystery.

Resident in America for a time before being repatriated in 1990, chassis 15067 was later purchased from Bob Bentley of Classic Automobiles Ltd by renowned Edwardian motorcar collector Tony Stephens. Mr Stephens had the Type AZ repainted in its current Green livery with Yellow coachlines and remembers it ‘running well with sharp steering and a fair transmission’.