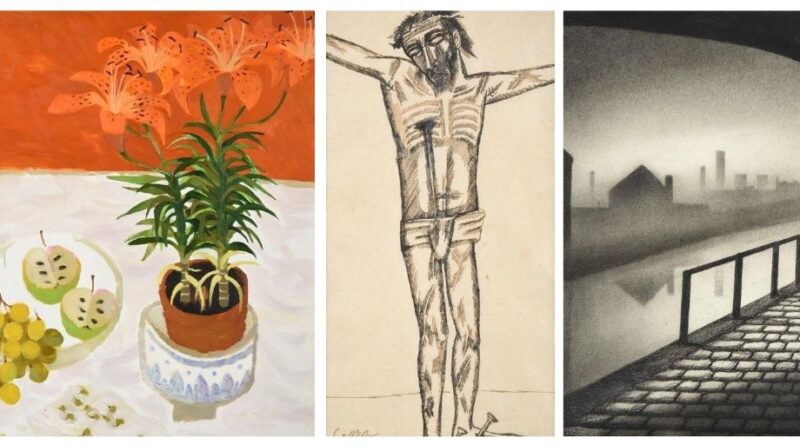 Modern and contemporary art was in demand at a recent timed online sale in North Yorkshire, with the top lot claimed by Mary Fedden’s ‘David’s Lilies’. Executed in 1989, this vibrant example of the artist’s work sold for a hammer of £18,000. 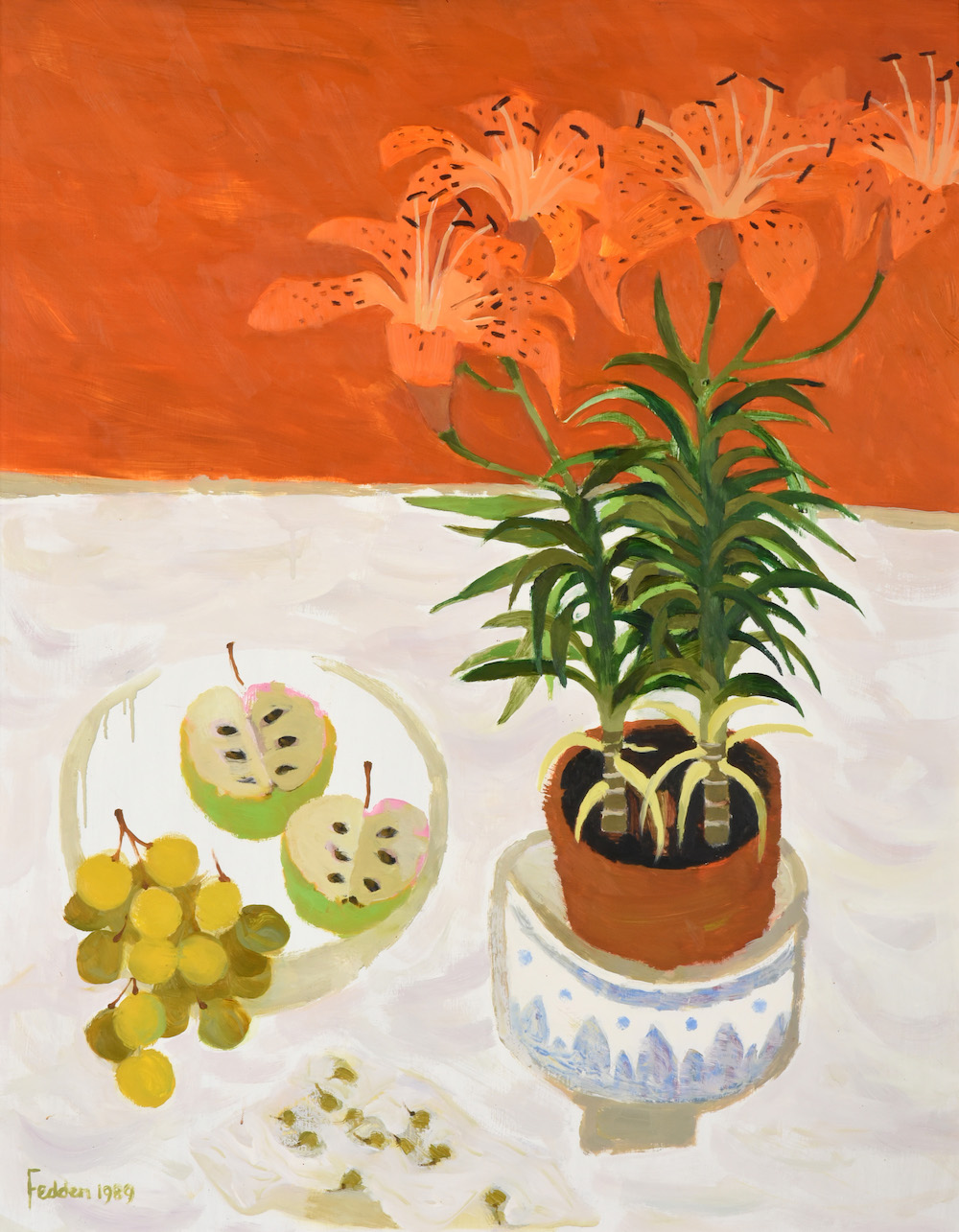 The sale also included the Reverend Dr Richard Davey Collection, which comprised Modern British and Contemporary Religious Art. Richard Davey is an Anglican Chaplain and Senior Research Fellow in the School of Art and Design at Nottingham Trent University, whose research focuses on the depiction of faith in art.

The top lot of the collection was an ink drawing of ‘The Crucifixion of Christ’ by Indian artist Francis Newton Souza, which performed well against the £4,000-6,000 estimate to sell for £15,000.

Two new auction records were set in the sale, for works by Trevor Grimshaw and Anne Isabella Brooke. Trevor Grimshaw is a Manchester artist known for his depictions of northern industrial towns; his ‘Canal Study’ sold for £3,000 against an estimate of £800-1,200. Anne Isabella Brooke’s view of ‘The Washburn Valley’, an area of Nidderdale in North Yorkshire, sold for £3,300 against an estimate of £150-250.

Further highlights of the sale included Joash Woodrow’s ‘Weeping Woman’ that sold for £4,800, Norman Cornish’s ‘Man at Bar with Poster’ that sold for £4,000, and Joan Gillespie’s ‘Little Nude’ that sold for £750. ‘Girl Dressing’ by Bernard Dunstan, thought to be depicting the artist’s wife, sold well above estimate too, achieving a hammer price of £2,400 against a £400-600 estimate.