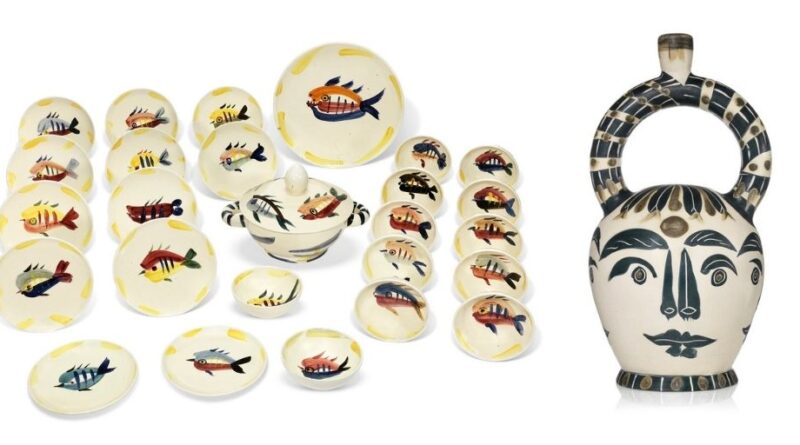 All levels of collectors of Picasso ceramics, created by the celebrated artist at his Madoura workshop in Vallauris in the South of France, are catered for in an online auction currently being hosted by Christie’s.

The sale features 87 ceramic editions by Pablo Picasso, from the 633 different ceramic editions he created between 1947 and 1971, with a number of variants and unique pieces resulting from these initial works.

Although Picasso began by producing decorated utilitarian objects, such as plates and bowls, he later produced more complex forms such as pitchers and vases — their handles occasionally shaped to form facial features, or anatomical parts where they depicted animals.

Over the course of his lifetime, Picasso explored a number of different ceramic techniques, experimenting with paint, playing with form, or engraving the clay’s surface. Eventually, extensive research led him to adopt two main production methods. The first was based on the painstaking replication of an original object by hand, following its form and decoration as closely as possible. The second saw the artist create original images in dry clay moulds, transferring a design onto fresh clay.

Highlights from the sale include:

Prices in the online sale begin at £800, offering collectors at all levels an opportunity to acquire a piece by Picasso.