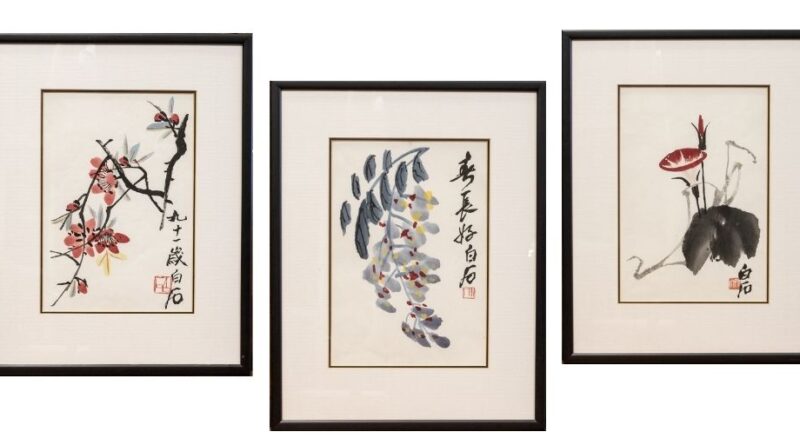 Chinese paintings by the artist Qi Baishi (1864-1957) worth thousands that were set to decorate the walls of a student flat in Stoke are to sell in a Derbyshire sale later this month.

The three original paintings were discovered in Barlaston, Stoke-on-Trent, Staffordshire, during a routine visit by Alexander Clement, consultant valuer for Hansons Auctioneers. 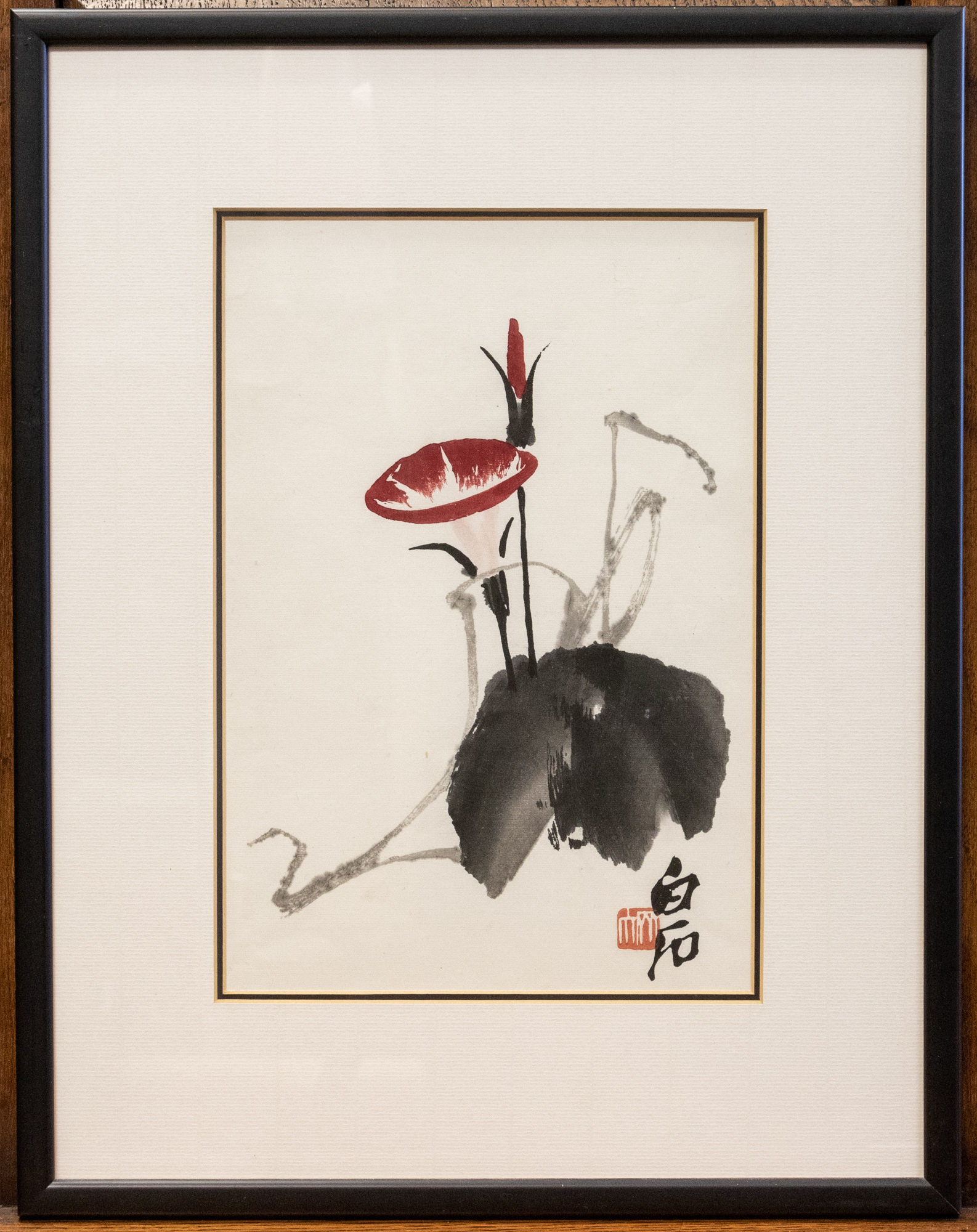 He said: “The paintings, each depicting a different flower, were purchased in London in the 1950s by a lady who was excited to receive her first pay cheque and wanted to buy something beautiful to adorn her home.

“The paintings remained in the family home, latterly in Staffordshire, where they were hung on the staircase wall.  They were passed handed down through the family but were not thought to be more than decorative and had been destined to decorate a student flat.

“During the course of valuing the general contents of the home, I immediately recognised the paintings and set about researching them to verify if they were original works or print reproductions.  I was delighted to find they were, indeed, original ink and watercolour studies, each bearing a seal by the artist.”

The work of Qi Baishi (pronounced Chee Buy-shee) is highly regarded and sought after by collectors in mainland China as well as the West, sometimes fetching many tens of thousands of pounds. 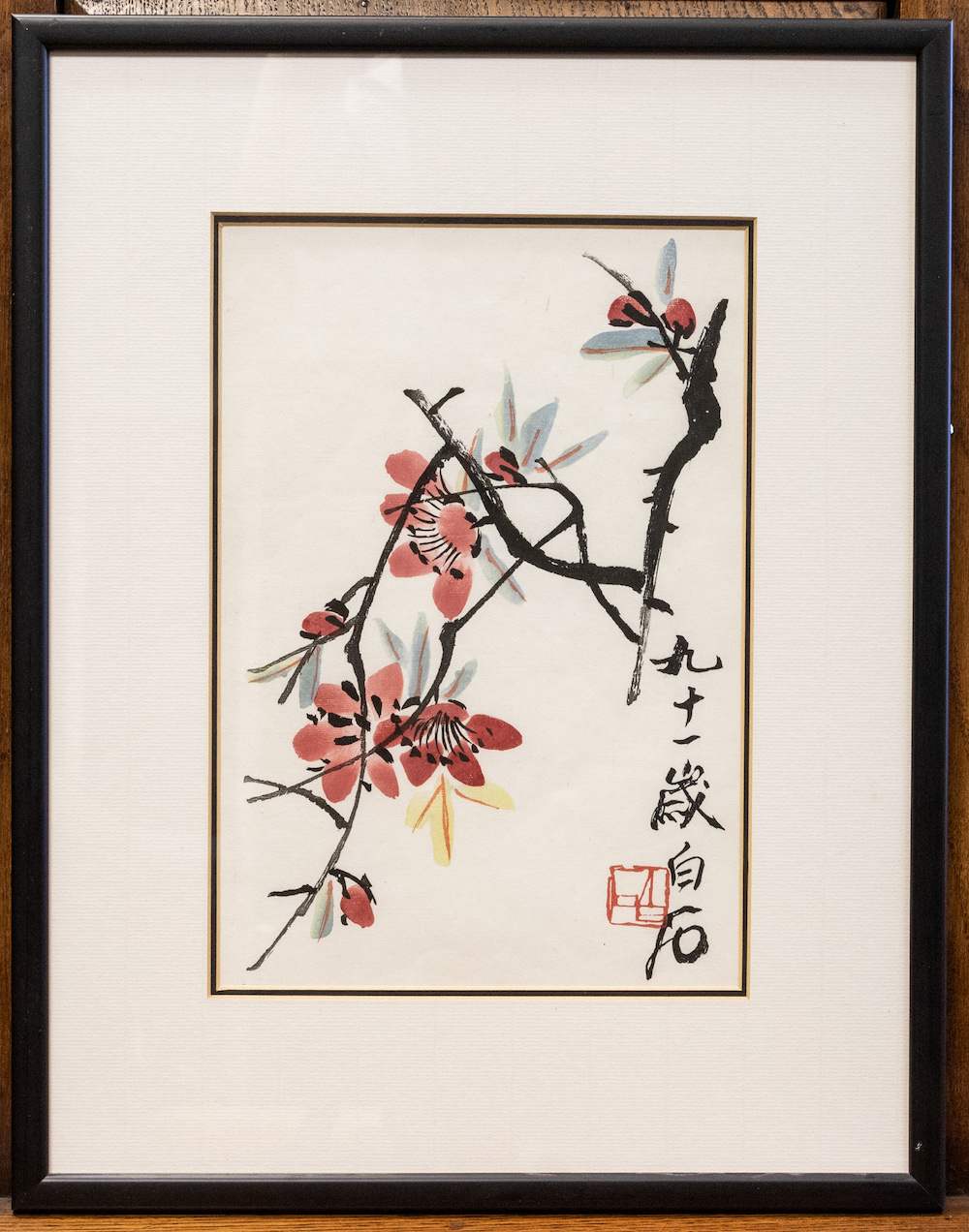 Mr Clement said: “Each measuring 29cm x 20cm, these works are comparatively small but nevertheless beautiful and the trio has a total guide price of £15,000-20,000. They will be offered individually in Hansons’ September 24 Fine Art Auction.”

Qi Baishi was an influential Chinese painter credited for modernising the gongbi style of classical Chinese painting, a uniquely Chinese form of realism that favours fine brushstrokes and meticulous detail.

Qi was born on January 1, 1864 in Xiangtan, China to a peasant family. Initially trained as carpenter, he taught himself to paint using the Manual of the Mustard Seed Garden, a painting guidebook from the Qing dynasty era. 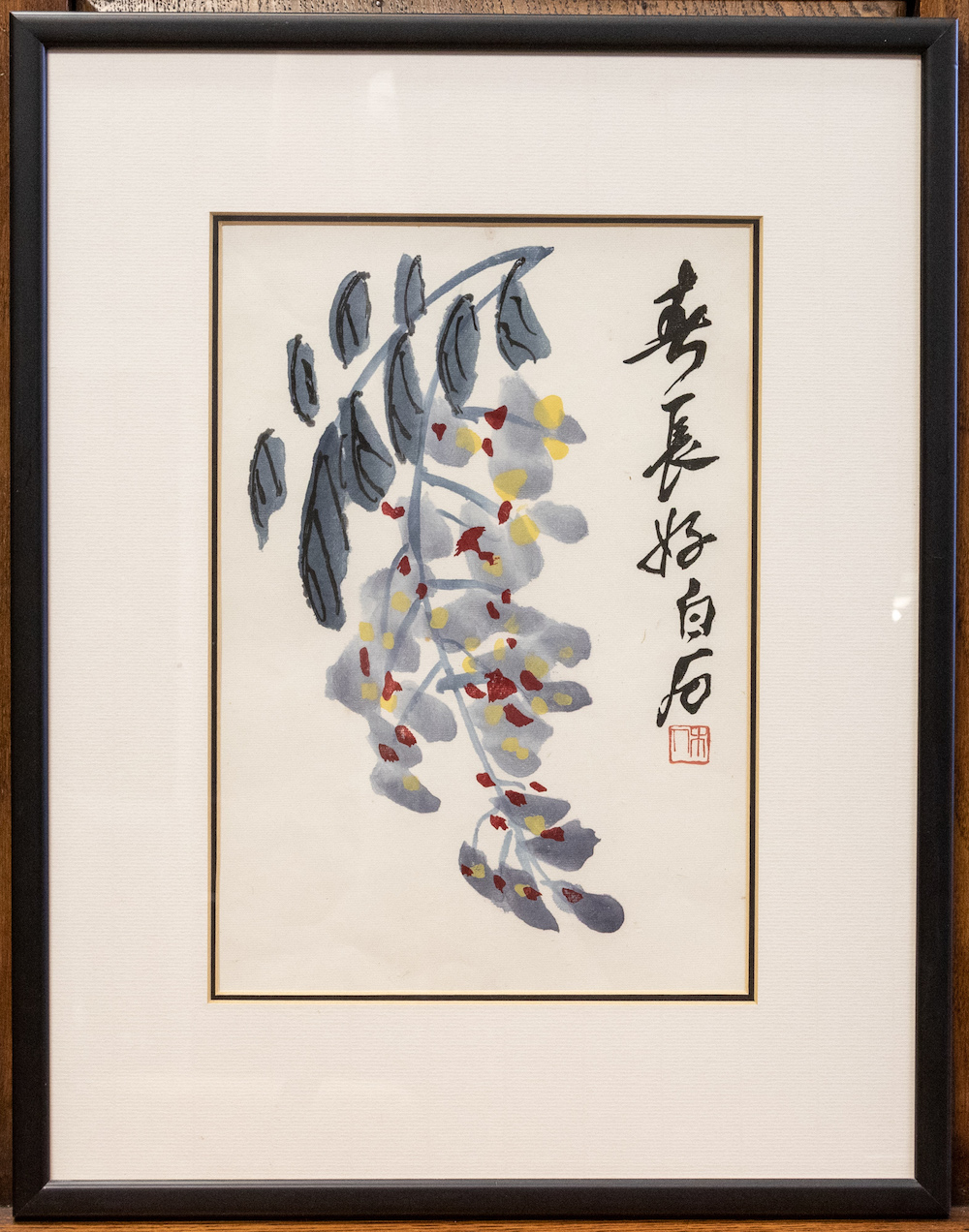 His earliest works included performers, everyday people and animals, and he soon developed a reputation for his wide variety of subjects. He was introduced to the xeiyi, or freestyle method of painting, by mentor Wu Changshuo, and began employing more lively brushstrokes and a playful tone.