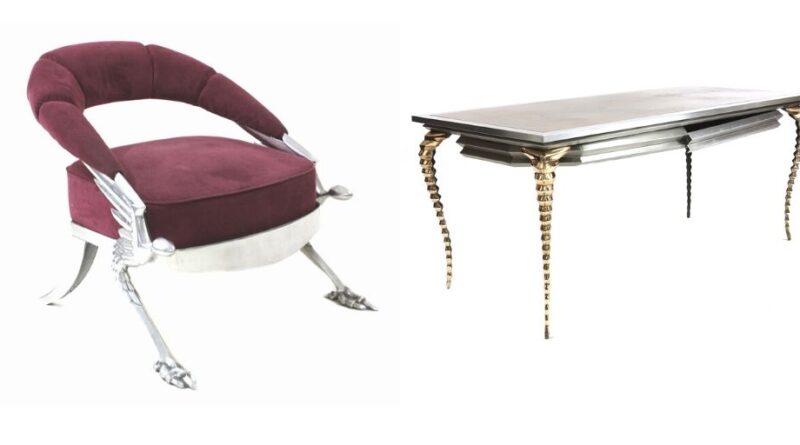 Described as an ‘artist, sculptor, furniture maker, lighting designer and engineer wrapped into one’, New Zealand-born Brazier-Jones began his career as a furniture maker in 1983 as a founding member of the Creative Salvage Group. 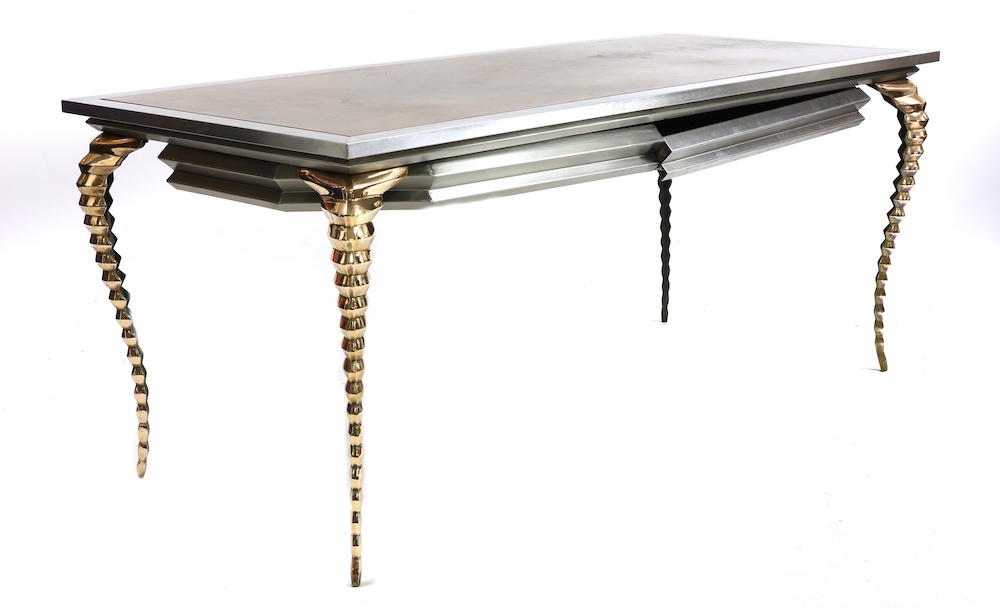 The group’s first show of welded sculpture-furniture was sold out. The pieces were poetically described by Nick Wright in Cut and Shut: The History of Creative Salvage – as a mix of “sex, drugs and cabriole legs”. Paul Smith was a patron. So too Mario Testino, Nigel Coates and Mick Jagger.

Today he works an hour away from his native London in a rustic 16th century barn in rural Hertfordshire, driving to work in one of his collection of American classic cars. “I like to buy old and make it reliable,“ he said.

Together with a team of craftsmen, and his life partner Julia (they met while she was working on at exhibition of his work at the Stephanie Hoppen Gallery in London) he has honed a collection and philosophy that is unique in the British design world. Clients visit from all over the world.

He cites as his key artistic inspirations as the Baroque (particularly the work of architect and sculptor Gian Lorenzo Bernini) and Jean Tinguely, the Swiss post-war sculptor best known for the whacky kinetic art sculptural machines he called ‘meta-mechanics’. 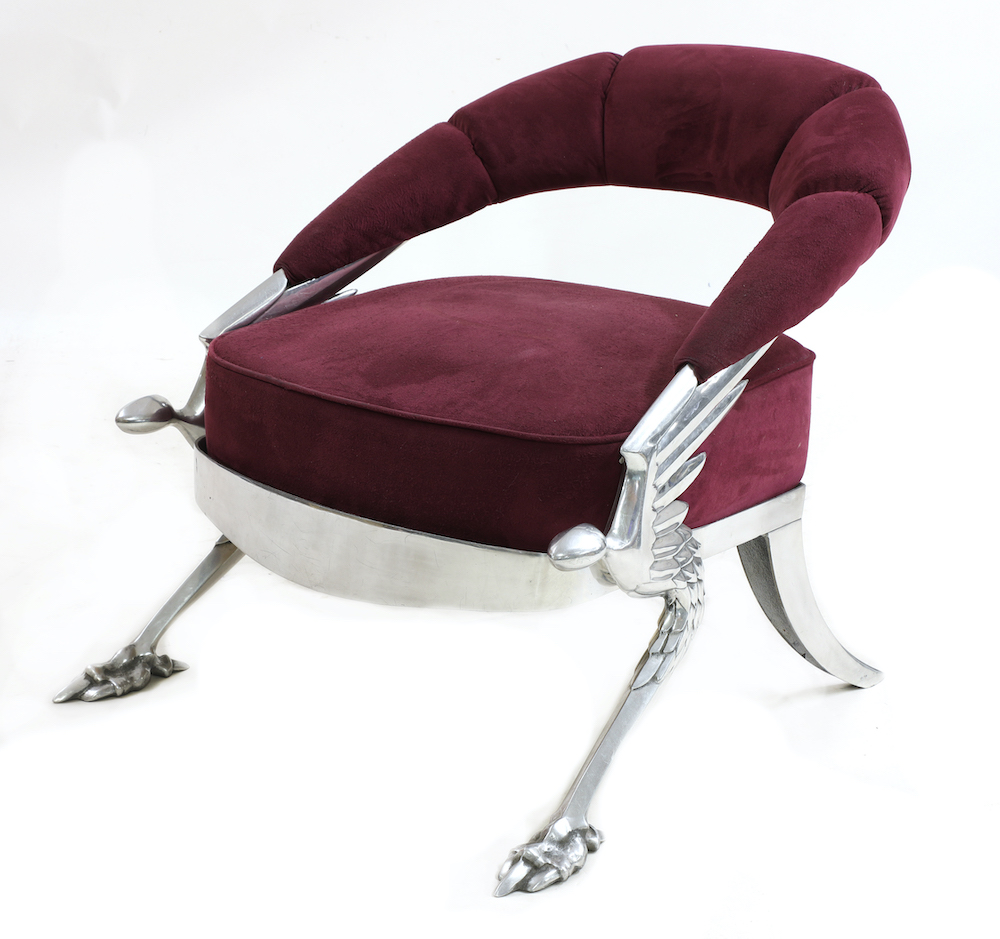 Examples of Brazier-Jones work are now held in many major public collections including the V&A, the Musée des Arts Décoratifs and the Museum of Fine Arts, Boston. The firm works with leading interior designs to produce bespoke items, be it a chandelier for a Hong Kong apartment or a drinks trolley for a client in Canada.

“We have never been busier,” said Julia. “It seems the whole world has been at home re-evaluating interiors.”

The Brazier-Jones items will be sold by Sworders on October 13, part of 20th Century Design auction. The seller, a Cheshire based couple who purchased the items from Mark Brazier-Jones in the 1990s, said: “We purchased the items to furnish our hair dressing salon in Altringham. Clients would often comment and admire the ‘Alligator’ desk on ridged bronze cabriole legs.”

Elsewhere, the sale will also include a trademark ‘microgauze’ wall hanging by the British artist-weaver Peter Collingwood (1922-2008). However, unlike the piece from a Suffolk consignor sold for £5,800 at Sworders in May, the item comes from much further afield. 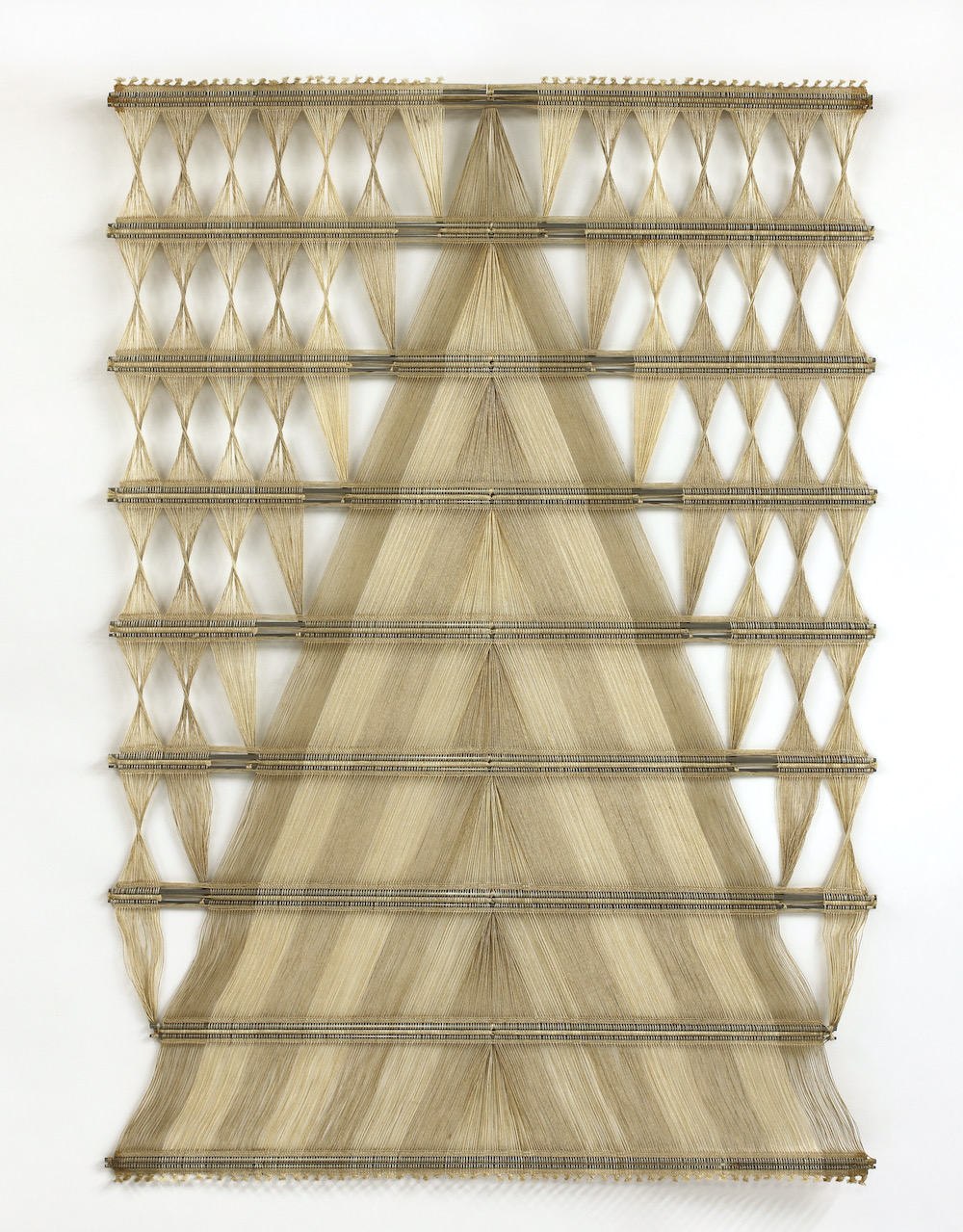 This relatively large wall hanging titled M.72 No.3, worked in cream linen threads around a steel frame, comes from a private collection in North Carolina. It was bought by the vendor’s parents directly from Peter Collingwood when he visited the state in 1983.

The vendor recalled: “Peter came to Winston-Salem for several days in 1983, gave a talk about his work and a workshop about his weaving technique to the Fiber Guild & Sawtooth School for Visual Art. Mum, who was an accomplished artist in several mediums, helped to organize the event and afterwards, invited him to our home for dinner.”

The piece, measuring 83cm wide by 115cm high, will be sold with copies of handwritten letters discussing the commission. One dated 4/3/83 reads: ‘Dear Steve and Yvonne, Your hanging is woven. It will cost about $20 to send surface, $25 Air Mail. You owe me $100 so please either send a cheque for $120 or $125. I will send it off. I remember your quiet & beautiful house with pleasure. Peter Collingwood.’