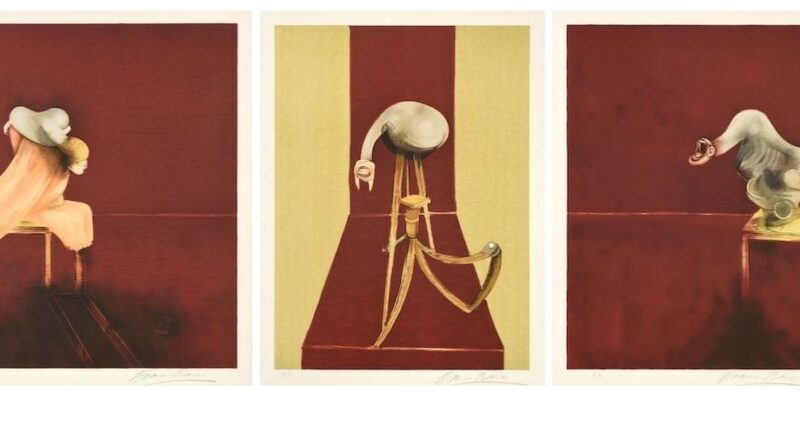 A selection of prints after leading 20th-century artists set to sell in North Yorkshire will include Francis Bacon’s Second Version Triptych, carrying an estimate of £18,000-£22,000.

Francis Bacon (1909-1992) is undeniably one of the most engaging artists to emerge from the post war era and his twisted, contorted, pulsating images of blood and flesh perfectly capture the zeitgeist of a Europe so recently brutalised by war. Taking his cue from Old Masters like Velazquez and Breughel as well as modern masters like Picasso and Dali, Bacon’s works are held by many of the great collections across the world.

The market for prints after L.S. Lowry remains vibrant, and this sale features a strong offering, including a signed and numbered black and white lithograph of Salford Viaduct has an estimate of £7,000-£10,000). Hand printed lithographs after Lowry are rarely seen at auction; they were released in the 1960s in editions of 75 from drawings created solely for reproduction. The present print is number 32/75. Also of note is a print of Lowry’s famous Going to the Match, which is estimated at £15,000-£20,000.

The sale also includes a collection of prints after Bob Dylan (b.1941), including his Bragg Apartment, New York City, estimated at £500-£700).  Although best known as one of the finest lyricists and musicians of his generation, Bob Dylan is also an accomplished artist whose works were first exhibited in 2006 following an encounter between the artist and a German museum director. The Drawn Blank series was a collection of pencil studies that Dylan created whilst on tour between 1989-1992 and published in a book of the same name in 1997. In 2007 the drawings were re-imagined in an altogether bolder and more vibrant style before being turned into the run of prints included in the sale.

Further highlights on offer in the sale include Impasse de Paris by Spanish artist Carlos Nadal (1917-1998), estimated at £8,000-£12,000. Born in Paris to Catalan parents, Nadal was exposed to contemporary art at a young age in his father’s commercial design studio, where he met the likes of Henri Matisse, Raoul Dufy and Maurice Utrillo. Indeed, he was so inspired by Matisse that he was to work in the Fauvist style for the rest of his life. 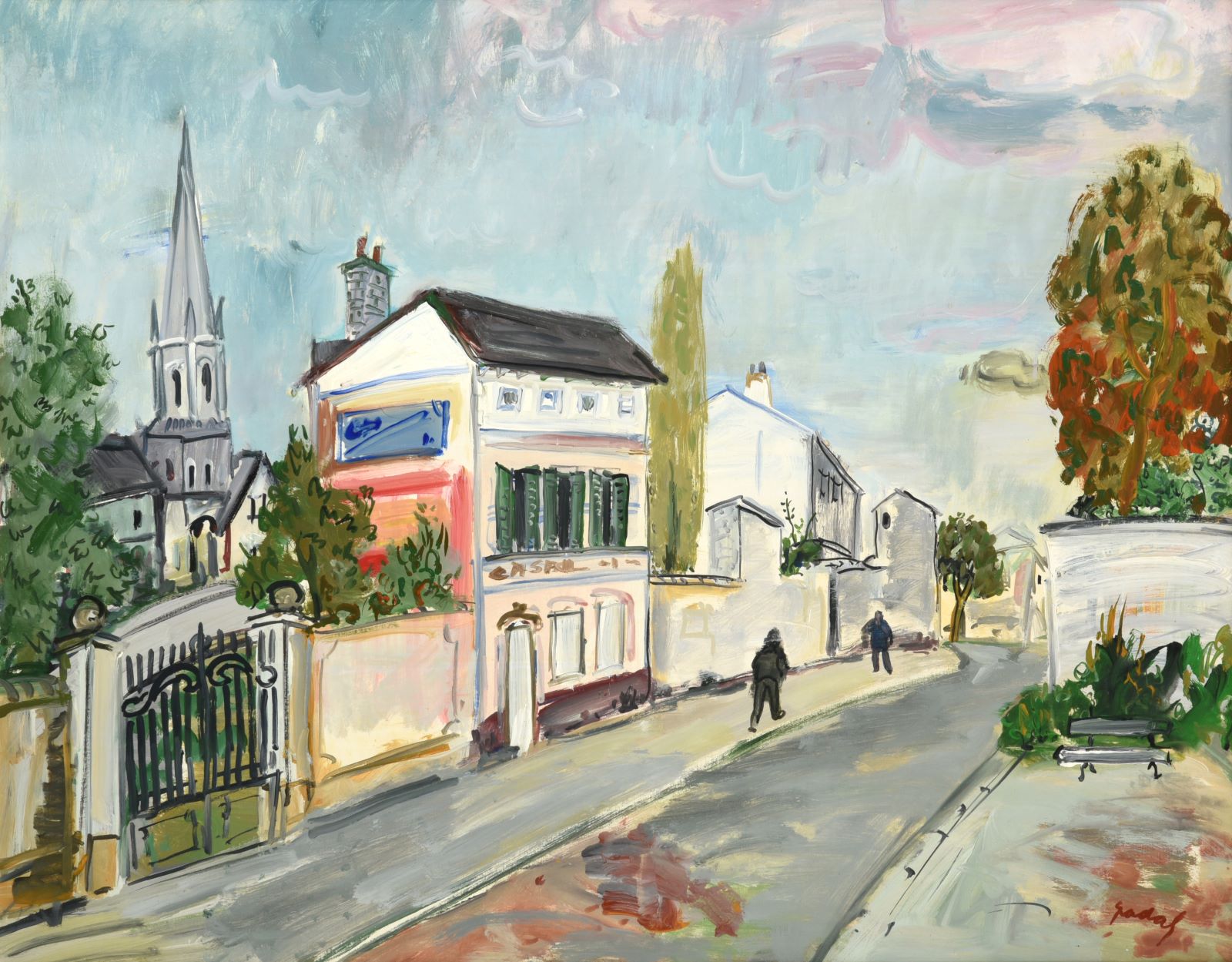 A good offering of Northern Art is led by Misty Street by Norman Cornish (1919-2014). With provenance from the University Gallery, University of Northumbria, the quintessentially Cornish view of a street in Spennymoor is offered with an estimate of £4,000-£6,000. A further selection of paintings from the estate of Pennine artist Peter Brook are also up for sale; highlights of which include Drifting, which is estimated at £4,000-6,000.

Tennants Auctioneers’ Modern and Contemporary Art Sale is on October 17.