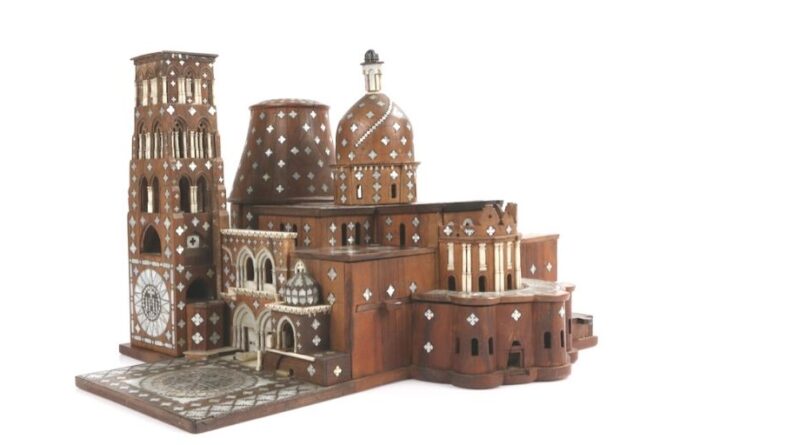 A rare 17th-century model of the Church of the Holy Sepulchre is one of the highlights of an upcoming Suffolk sale, carrying an estimate of £15,000-£25,000.

Bishop & Miller‘s The Collector: Fine & Early Furniture and Works of Art Auction includes the model of the iconic church in Jerusalem, which is widely regarded as one of the most holy and special sites in Christianity.

Made from olive wood and intricately inlaid with mother-of-pearl, bone and ebony, it features rosettes, lozenges and stellar motifs. The piece has removable sections with the main dome lifting to reveal the interior of the model. The central tower is surrounded by four panels inscribed in Latin with the four points of the compass. In front of the main entrance there is an inlaid design of the Jerusalem cross. 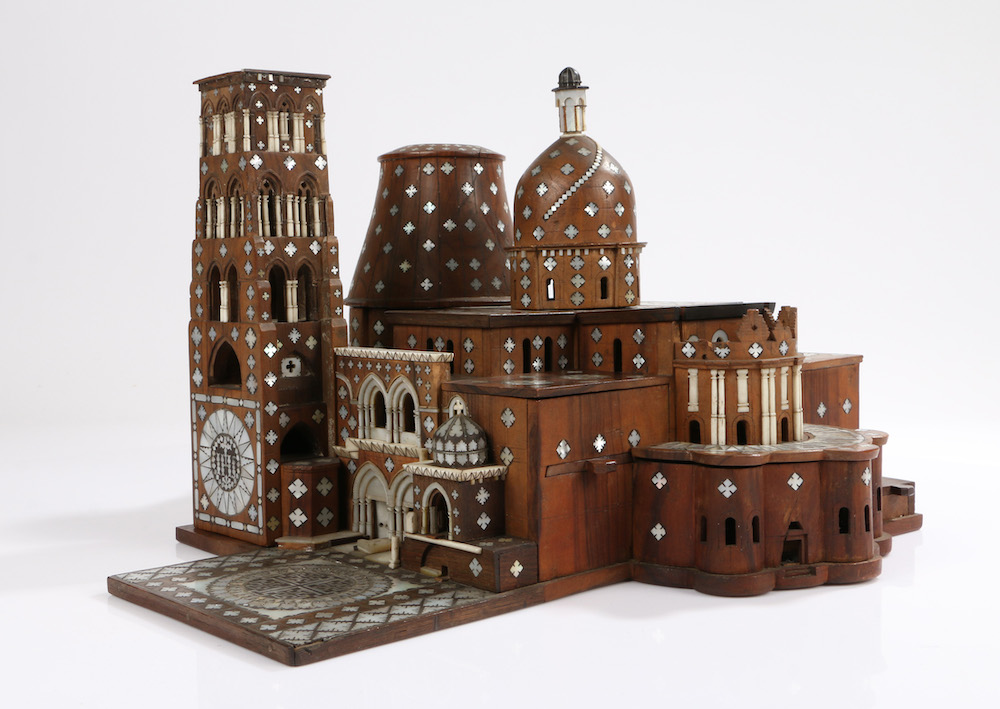 The auction house said the lot has provenance by family descent and they have been gaining interest from a wide range of collectors and galleries from across the globe.

One of the many items of furniture in the auction is a late 17th-century William and Mary lacquered cabinet on stand, which is decorated with chinoiserie ornithological scenes. The piece is filled with ornithological scenes and the interior is fitted with eleven variously sizes drawers, each lacquered with landscape scenes and concealed compartments hidden behind sliding panels. It has an estimate of £4,000-£6,000.

Elsewhere, a late Elizabethan/James I oak and inlaid canted cupboard also carries an estimate of £4,000-£6,000.

Other key lots include:

Oliver Miller, Managing Director of Bishop & Miller, said: “We are extremely pleased to be able to offer such a collection of textiles from one collector in our auction. This is an exciting new specialist auction for us and to have such a wide-ranging collection of early items in our first auction is fantastic.”

He added: “I am such a fan of, what I can only describe, as the most stunning model I have seen in my time in the business of the rare 17th Century Model of the Church of the Holy Sepulcher Jerusalem. I am in awe of it, its complexity yet intricate detailing, it’s the finest I have seen.”