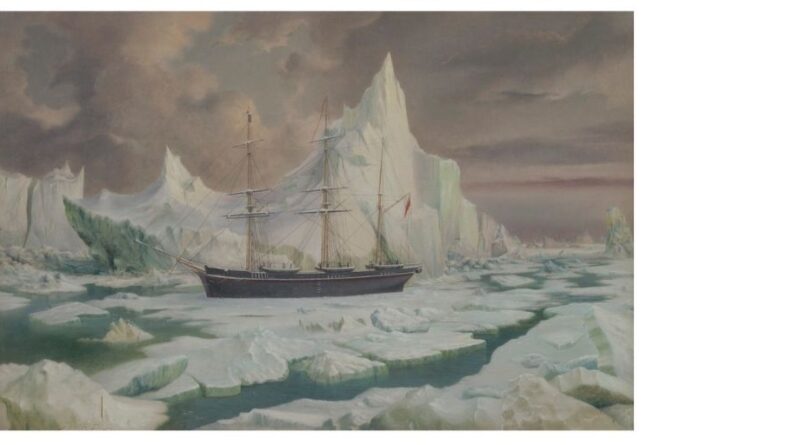 Featuring 123 lots with a significant focus on itinerant western artists working in the Arctic, Americas, Africa, Asia, Australasia and the Antarctic, during the great ages of exploration, trade and empire in the 18th and 19th centuries, while subjects range from the high latitudes of the Polar Regions, to the East and West Indies, from Imperial Brazil to India under the Raj, from the Cape Colony to the China Coast.

Opening the sale are two large 19th century oils by J. Hamer, of British exploring vessels frozen in the ice of the Arctic: HMS Resolute, one of the many vessels involved in the Franklin Search expeditions in the 1850s, shown abandoned in her thousand-mile drift in the Canadian Arctic before American whalers found her and returned her to Great Britain. J. Hamer, The ‘Resolute’, estimated at £20,000-30,000; and J. Hamer, H.M.S ‘Alert’, estimated at £20,000-30,000, is shown overwintering in the Arctic on Sir George Nares’s British Arctic Expedition of 1875 – sledging parties from the ship created a record for having travelled the furthest north. The paintings are accompanied by evocative relics from the expeditions: pieces of timber from H.M.S Resolute and a drinking flask, candle and burner from H.M.S Alert. 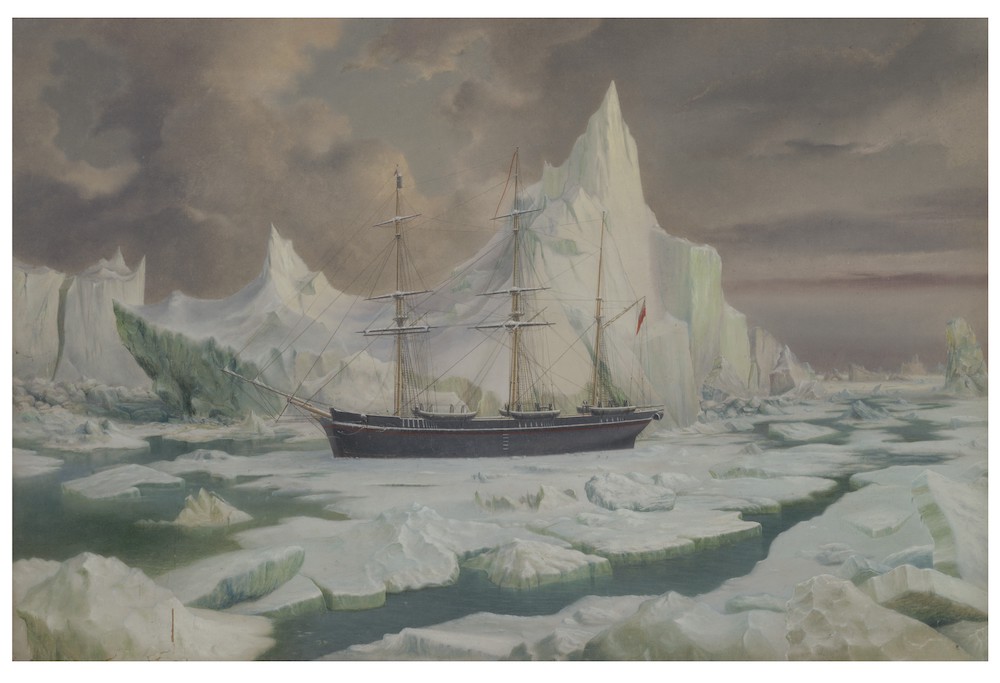 Other highlights in the sale include topographical drawings of Muscat and the Omani coast by Charles Golding Constable (1821-1878), the artist John Constable’s son, who sailed in eastern waters with the Bombay Marine and East India Company. His extensive surveys of the Gulf in the 1840’s, 50’s and early 60’s  resulted in a series of charts of the waters which remained in use well into the 20th century. Views of Oman, The Gulf of Oman, and the Arabian Gulf, by the painter has an estimate of £200,000-300,000.

A rare oil of Muscat is presented in the French marine artist, sailor and adventurer Amboise-Louis Garneray’s ‘Phare de Mascate’, with an estimate of £60,000-80.000). The canvas was exhibited by the artist at the Salon in 1849 and recalls his visit to Muscat and the Strait of Hormuz in the early 19th century. 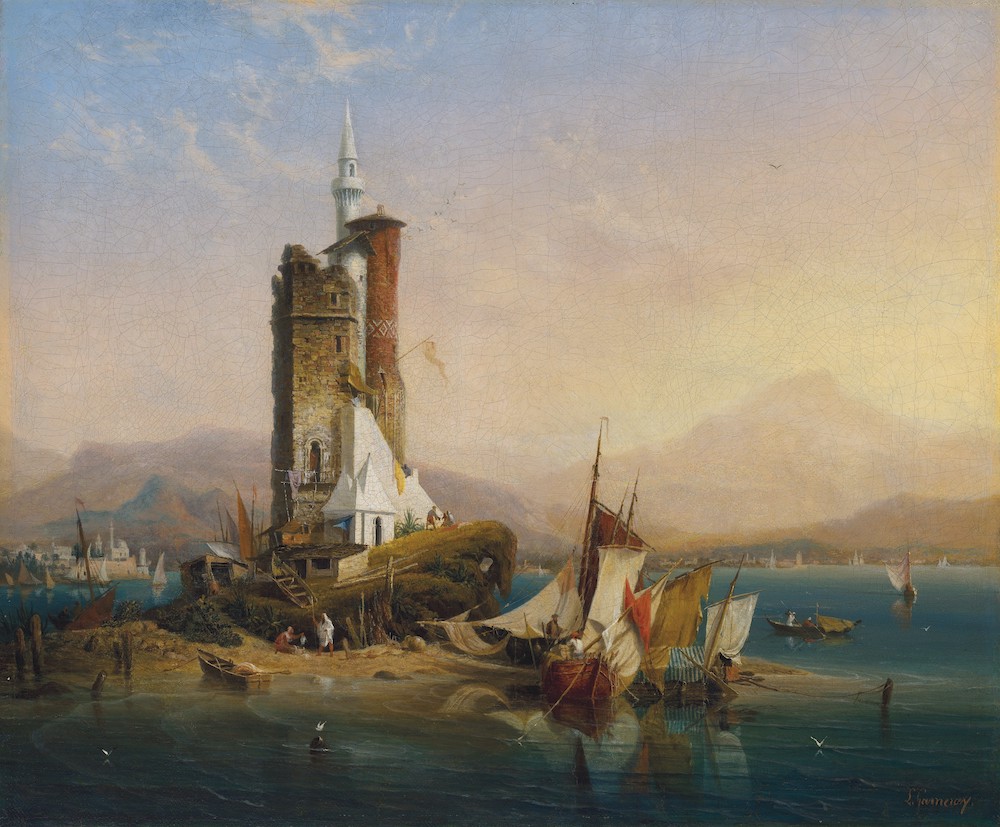 Nicholas Lambourn, Head of Department, Topographical Pictures commented: “The Topographical Pictures sale knows no borders, so come and travel the world at Christie’s – we will take you from Pole to Pole, along the historic trade routes through the Cape, the Brazils and the Gulf to India and the East Indies, to Port of Spain and the Cuban rainforest in the West Indies, to Tahiti and the South Seas, to the Blue Mountains of New South Wales and to Canton and Shanghai in China.”