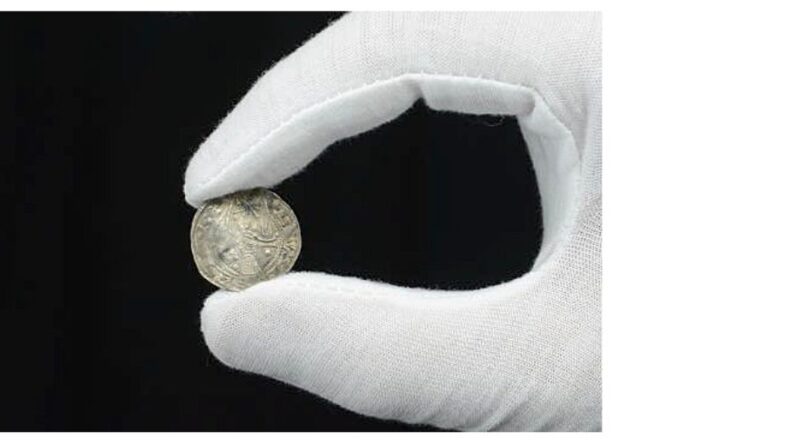 An extremely rare silver penny of Baron Eustace Fitzjohn, a 12th-century Yorkshire business magnate, has been discovered recently by a metal detectorist and is to be offered by Dix Noonan Webb in a live/online auction of Coins and Historical Medals on November 3. 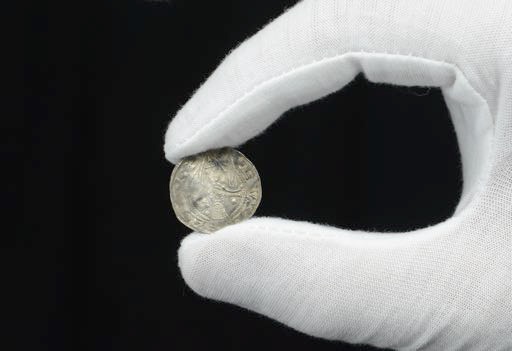 The coin, which measures 19mm in diameter, was minted in York is one of only 20 surviving examples with this design and is estimated to fetch £10,000-15,000.

On August 15, Rob Brown a 56-year-old from Leeds, was using his Deus XP metal detector on a stubble field near Pickering in North Yorkshire when on arriving and walking just 20 paces he got his first signal of the day.

At a depth of just two inches in a clump of soil, he saw the edge of a silver coin which on closer inspection had a design on one side of a standing helmeted knight holding a sword. Around this is an inscription which reads EUSTACIUS. On the reverse is a cross within a quatrefoil with the legend EBOR. ACIT. DEFT.

Rob did not initially recognise the coin which is a very rare silver penny issued in York by Eustace Fitzjohn, the Lord of Malton and Knaresborough who served under King Henry I becoming a wealthy landowner through marriage and then supporting the Empress Matilda when she fought a civil war with her cousin Stephen in the period known as the anarchy in England.

There is a fortification which dates from this conflict near the coins find spot. As Rob, who has been metal-detecting for 8 years, explained: “I was detecting with a friend and we found the coin, we weren’t sure if it was Saxon or Viking, so put a picture on a Facebook page devoted to milled and hammered coins – lots of people were reacting and were very excited – many knew instantly who/ what it was!”

In 1138, Eustace lost custody of Bamburgh Castle to Stephen and decided to join forces with David I of Scotland fighting with him against Stephen at the battle of the standard that year.

In July 1157 Eustace was killed in Flintshire after being ambushed by the Welsh army.

Nigel Mills, expert in artefacts and antiquities at Dix Noonan Webb, commented: “Baron Eustace Fitzjohn was a Justician of the north and became a great monastic patron. He was to some extent, the Baron Alan Sugar of his day coming from a humble background but achieving great wealth and prominence. As it was a period of Civil War, Baron Fitzjohn had the authority to have coins struck in York which were primarily for local use.”