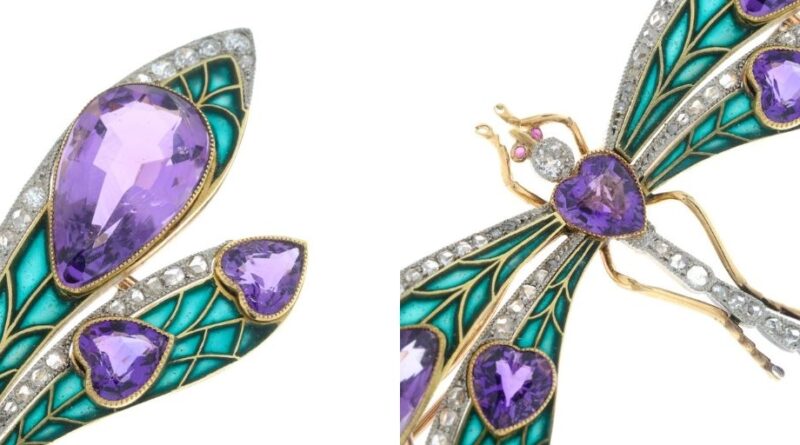 An early 20th-century Art Nouveau dragonfly brooch sporting the green and purple suffragette colours has sold for £15,950 including fees at Fellows Auctioneers. 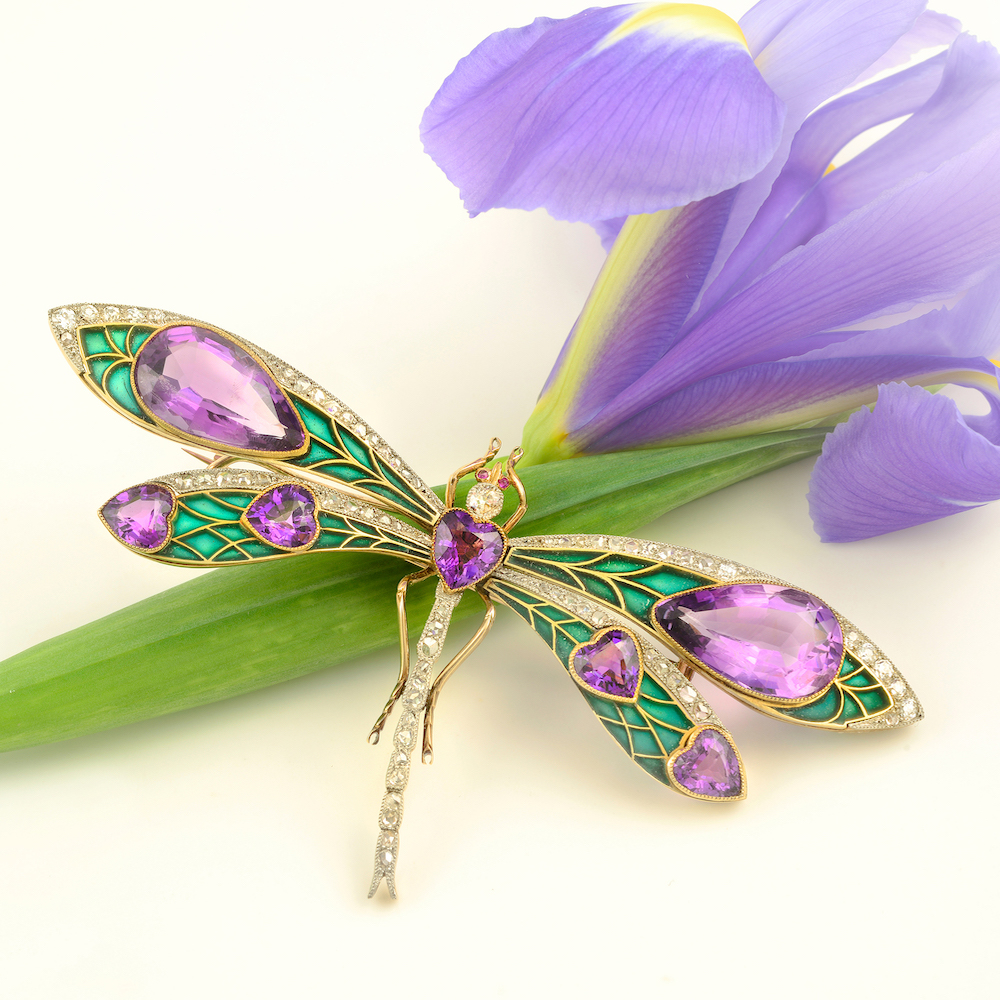 The auctioneer’s Fine Jewellery sale, a behind-closed-doors auction which took place in the Jewellery Quarter, Birmingham, was the pick of the bunch as it flew above its auction estimate. The elegant piece of jewellery had an estimate of £8,000 – £12,000, and received an abundance of bids in the sale.

The green and purple colours traditionally symbolise the Suffragette Movement. Art Nouveau designs flourished in the early 20th century, coinciding with the right-to-vote for women campaigns at the time.

The colour of green stood for hope and purple stood for loyalty and dignity. Hillary Clinton and Vice President Kamala Harris could be seen wearing purple at the presidential inauguration in the United States earlier this week. 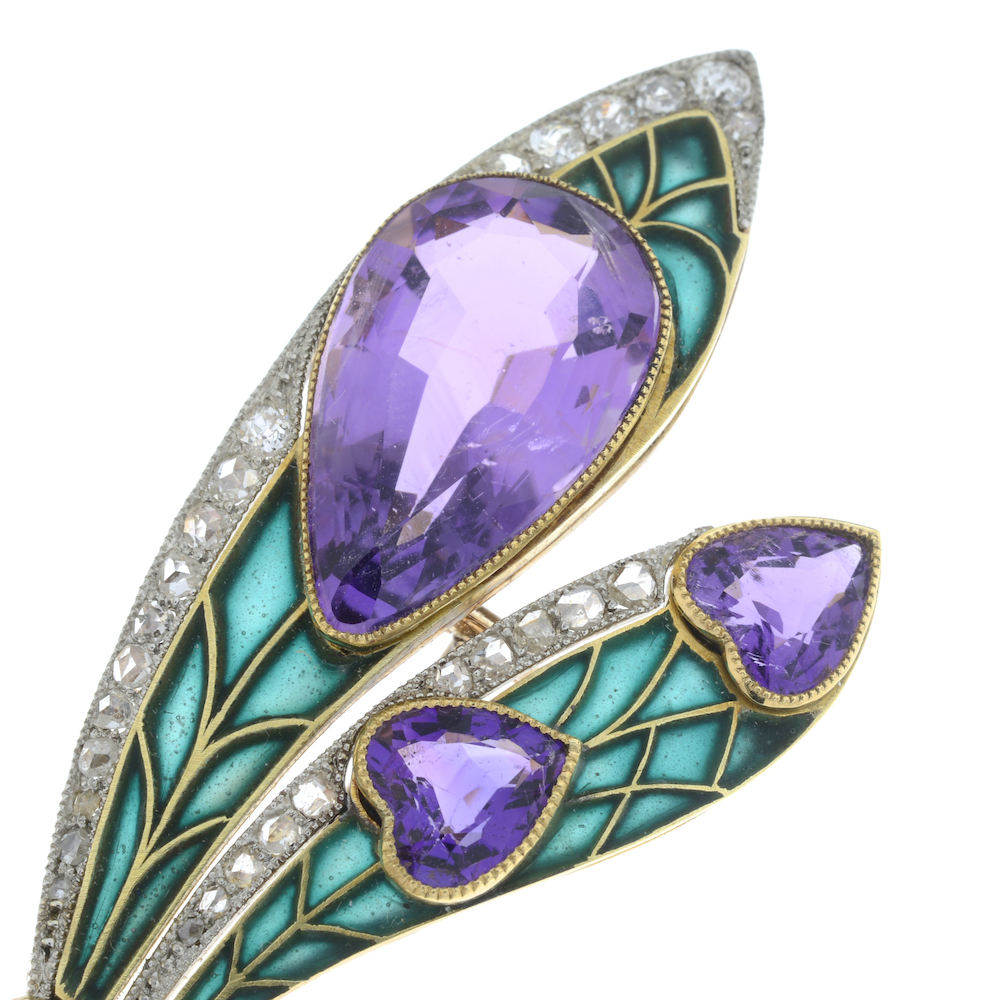 The platinum and gold, green plique-à-jour enamel, amethyst and diamond dragonfly brooch was created in the early 1900s, and it can also be worn as a pendant. The item features ruby cabochon eyes, and has an estimated total old-cut diamond weight of 0.40cts. With a length of 9.5cms and weighing 22.2gms, the brooch included a fitted S.J. Phillips case with the purchase.

Alex Duffy, Jewellery Specialist from Fellows Auctioneers, said: “Thursday’s Fine auction was a great success and fantastic way for Fellows to kick off the New Year. The dragonfly is seen in some cultures as a symbol of transformation, joy and new beginnings, so it seems fitting that this fabulous creature would steal the show in our first Fine Jewellery sale of the year. Hopefully a good sign of things to come.”