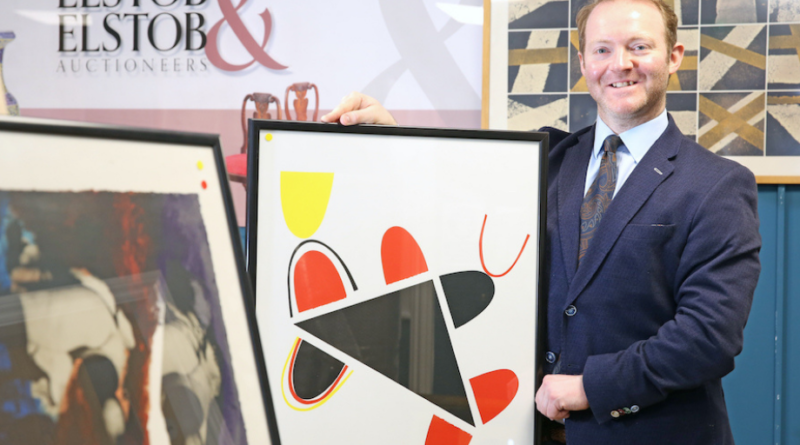 A large collection of Artist’s Proof prints from the family of Chris Prater (1924-1996), co-founder of the world-famous Kelpra Studio, is to be included in the first ‘Signed and Designed’ sale to be held by the North Yorkshire-based auction house Elstob & Elstob in March.

The 26 prints feature work by a number of leading modern artists such as Joe Tilson, Victor Pasmore, Gordon House, Brian Clarke and Sir Terry Frost and between them represent the amazing breadth and quality of work produced at the renowned London-based studio. 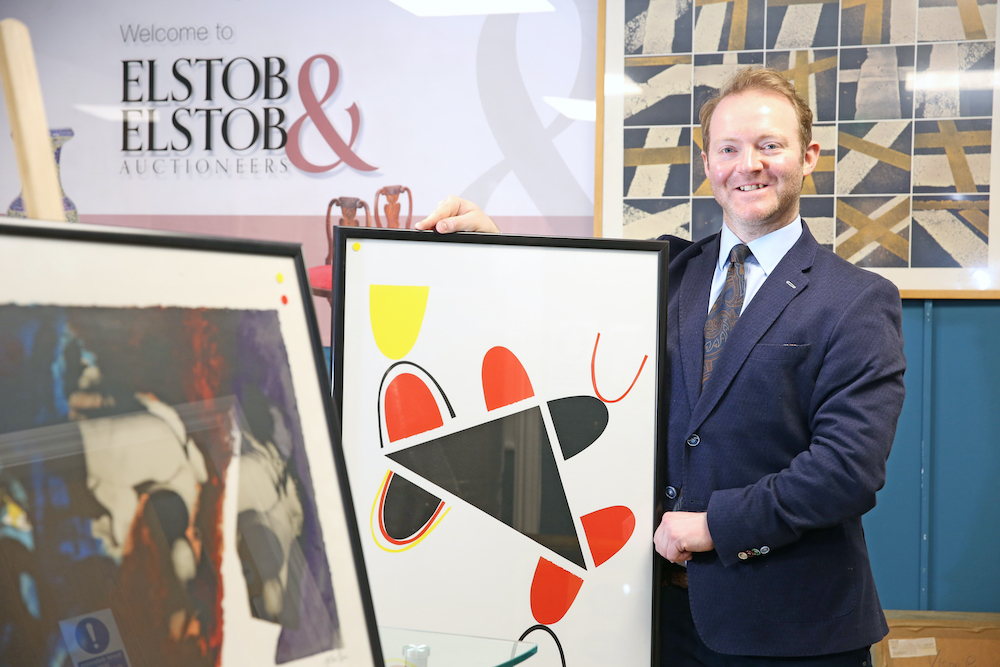 Kelpra Studio was set up by Chris Prater and his wife Rose Kelly in 1957 as a commercial screen-printing operation from a single room in Kentish Town. The couple’s break came two years later when work involving the production of posters for arts organisations brought them into contact with Gordon House, a painter and graphic designer, who made Kelpra’s first artist’s print.

House enthused so much about Prater’s skill that other artists soon followed and in the ensuing decades the studio was to produce brilliantly inventive images for many of Britain’s most famous artists, including Peter Blake, David Hockney and Bridget Riley. The Studio was largely credited for developing a new style of printing that transformed a commercial process into an exciting and innovative artist’s medium.

In the early 1970s, Prater donated 1,500 prints to the Tate, to help found its contemporary print collection. The gallery celebrated the gift with a major exhibition in 1980 showing the enormous vitality of British printmaking, and Prater was awarded an OBE.

“We are delighted to have such an important collection of prints from the Kelpra Studio to form part of our first ‘Signed and Designed’ sale,” said auction house director, David Elstob. “There are some stunning works by a wide range of artists but it is particularly fitting that they include a couple of pieces by Gordon House that are signed and dedicated to Chris and Rose. Their partnership was where it all began and set Kelpra on the road to international fame.”

‘Signed and Designed’ is the first of a new type of sale to be launched by Elstob & Elstob as part of their much-increased 2021 sale calendar. This specialist sale category will embrace the Decorative Arts from Gothic Revival to the present day and include the Aesthetic and Arts & Crafts Movements, the Art Nouveau and Art Deco periods, as well as the Studio Ceramics and Modern Design of the post-war decades.

The first of the four ‘Signed and Designed’ sales will take place on Friday 5 March.

Elstob & Elstob, which is only in its second year of trading, has already established itself among the leading auction houses in the North of England with a reputation amongst clients looking to buy and sell premium-quality antiques, fine art and objects of high worth.

Building on these results, the auction house is increasing the number of sales from eight held in 2020 to 23 scheduled for the coming year. This includes six ‘Fine Art & Antique’ sales; six ‘Jewellery, Watches and Silver’ sales; four ‘Signed and Designed’ sales; three ‘Fine Wine and Whisky’ sales and four exclusive online sales that will run for a fortnight.

“We have seen phenomenal growth in our first two years and we are delighted to be in a position of introducing more specialist sales to our auction calendar,” said David Elstob. “The large number of lots already received for our 2021 sales – including the Chris Prater collection – bodes extremely well for the year ahead.”