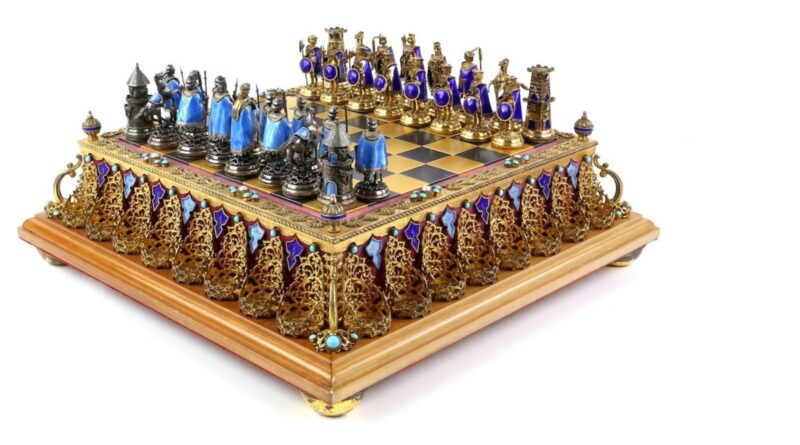 A late 19th/early 20th-century Austro-Hungarian silver, silver gilt and enamel chess set and board is one of the most valuable lots so far consigned for Ewbank’s three-day sale of jewellery, watches, coins, silver, fine art, antiques, clocks and furniture next month. The auction house hopes it could sell for between £3,000 and £5,000. 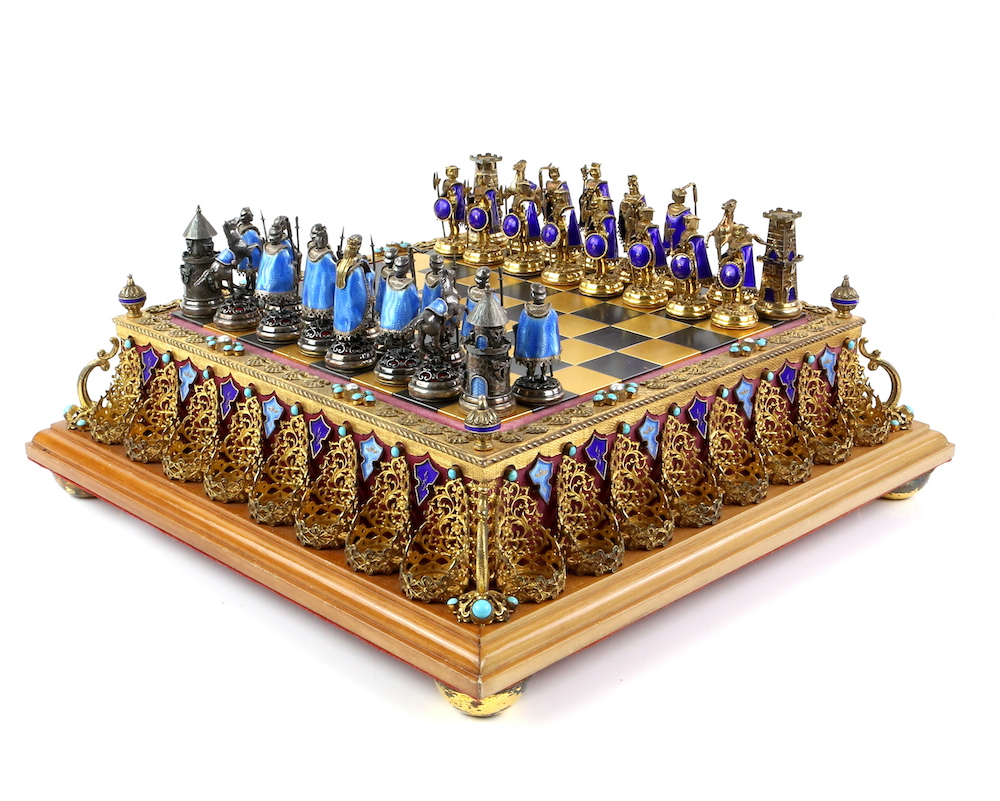 The sale takes place from March 24-26, and will include the board which is set with pearls and turquoise and applied shells, the sides with enamel shields and pierced silver gilt piece stands. In the corners are scrolling mounts set with turquoise, on stepped beechwood base and brass bun feet. The silver and silver gilt pieces bear light blue and dark blue enamel, with the tallest piece standing at 5.5cm.

Another lot of note is an Elizabeth II twelve place silver table service, which has a guide price of between £2,000 and £3,000. Assayed by renowned silversmiths Mappin & Webb, the service is dated 1996 and is encased in a stained hardwood canteen. It comprises table knives and forks, dessert knives, forks and spoons, soup spoons, teaspoons, fish knives and forks, four tablespoons, two later butter knives and a pair of salad tongs. 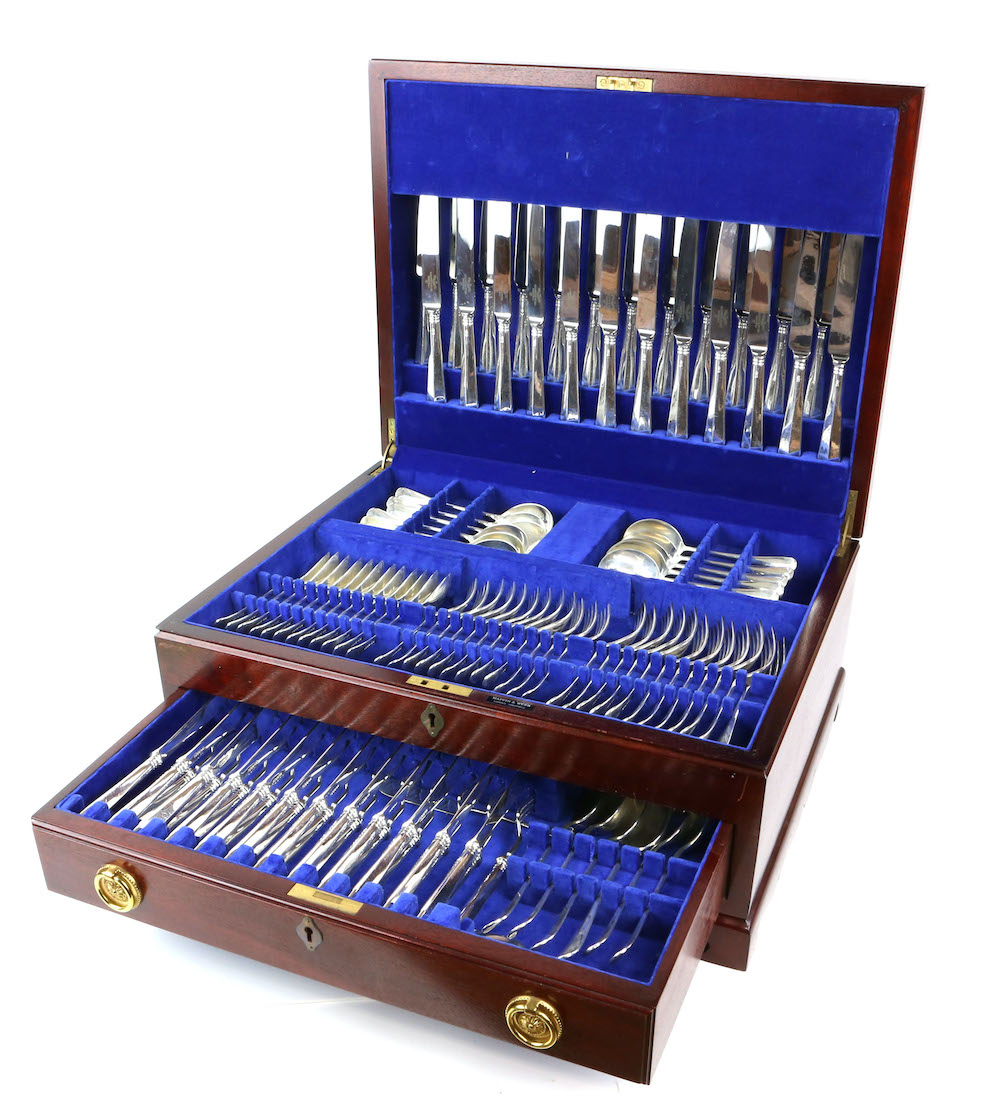 Three pieces by British artist Donald McIntyre (1923 – 2009) consigned for sale by the same vendor, are among the many artworks on sale on March 25. McIntyre is best known for his lush depictions of Scottish and Welsh landscapes, and his ability to capture scenes with boldly-coloured simplified compositions. One of these is a signed oil-on-board, entitled Road Over The Hill, which has a pre-sale estimate of between £4,000 and £6,000. 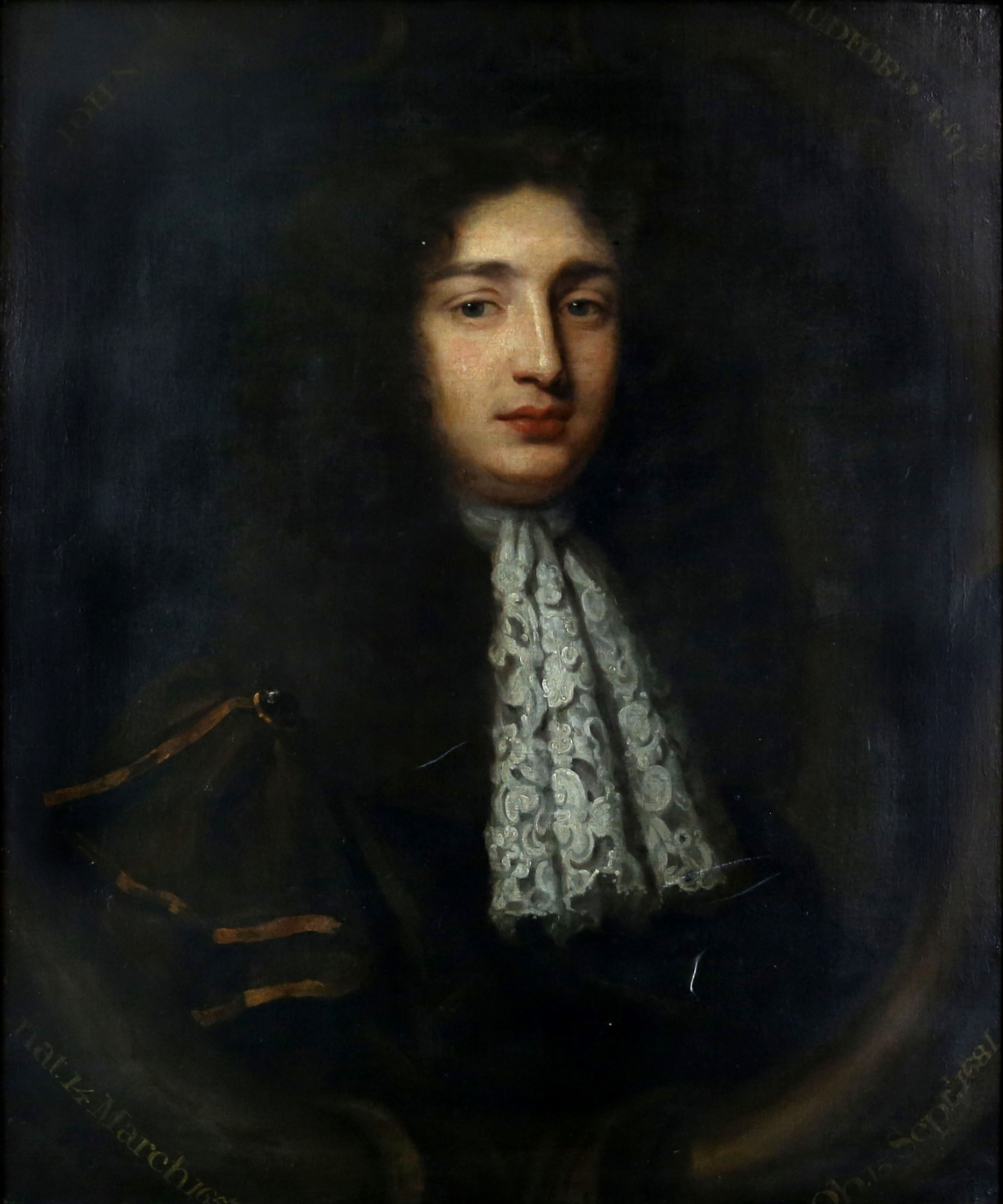 A British school portrait in oils from the 17th or 18th-century of a nobleman wearing cap and lace cravat, carries a pre-sale guide price of between £800 and £1,200; and a signed oil by Greek artist Vasilis Zenetzis (1935-2016) entitled Stylea of Olympia Zeus with Acropolis beyond, Athens, has been valued between £500 and £800 by the team.