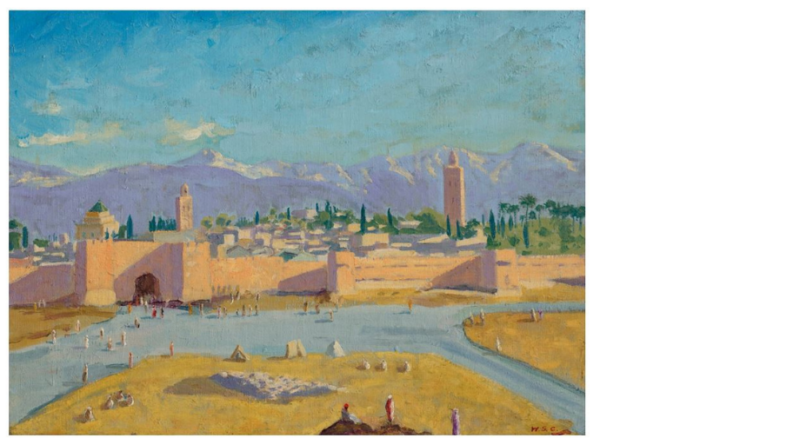 The only wartime painting by Sir Winston Churchill, offered for sale at Christie’s by the actress Angelina Jolie, has set a new world auction record after selling for £8,285,000. 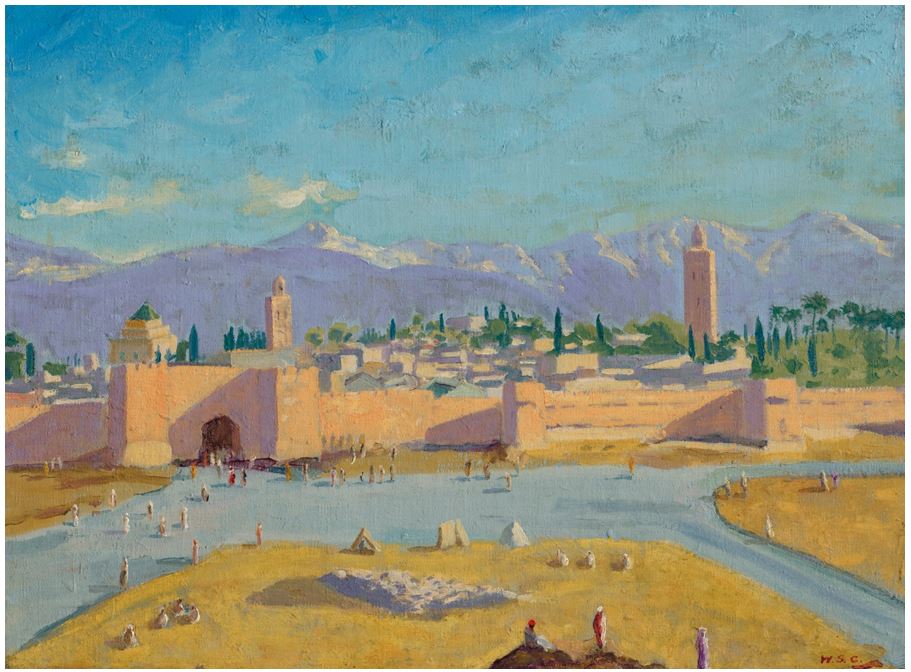 Tower of the Koutoubia Mosque by the wartime prime minister was the only painting he created during the six years of global conflict.

The painting in Marrakech was executed by Churchill following the Casablanca Conference in January 1943. Churchill invited Franklin D. Roosevelt to join him in Marrakech the day after the conference concluded, motivated by his desire to share the views of the city and the light at sunset, which he so revered, with Roosevelt.

The view impressed Roosevelt so much that Churchill decided to capture the scene for him as a memento of their excursion. This act was seen not only as an indication of their friendship but of the special relationship between the UK and the USA.

Sir Winston Churchill began painting scenes of Morocco after being encouraged to visit the country by his painting tutor, Sir John Lavery. Upon his first visit in 1935, he felt that the light and scenery were unrivalled, creating some 45 paintings of the country.