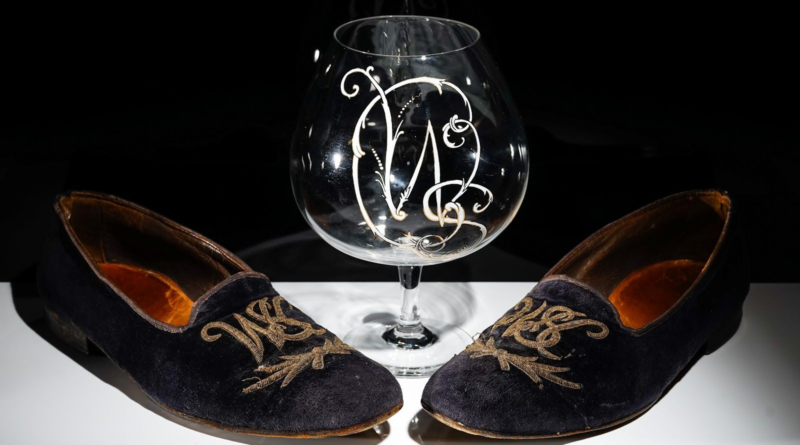 A pair of Sir Winston Churchill’s slipper has sold for a hammer of £32,000 in strong online bidding between buyers in the UK and US at Bellmans in West Sussex.

Also in the same sale, a monogrammed brandy balloon from c.1960 that once belonged to Churchill also proved in demand with a hammer price of £15,000. 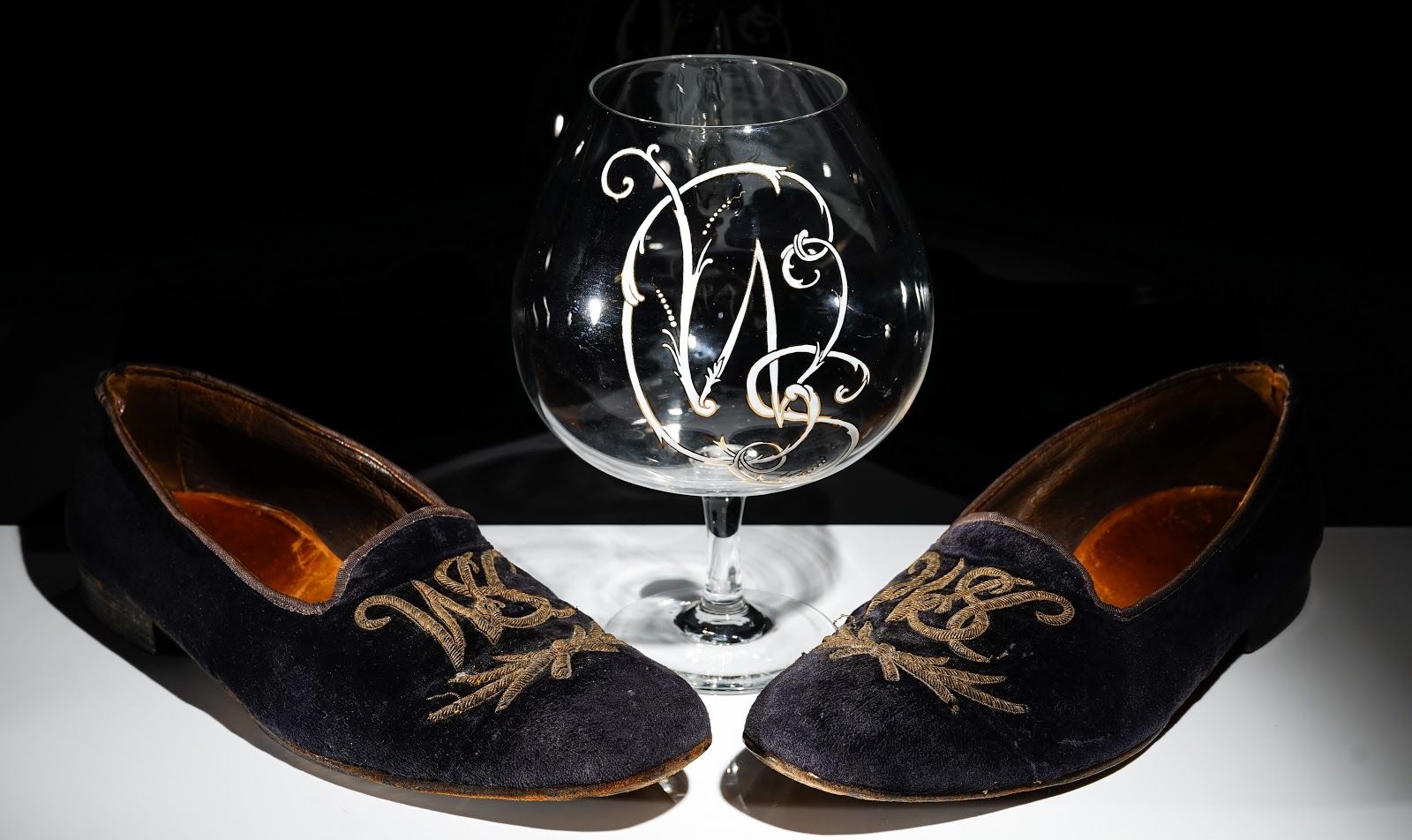 The pair of midnight-blue coloured evening slippers were monogrammed in gold with the letters ‘WSC’. Estimated at £10,000 to £15,000, after a bidding battle they were eventually won by a private UK collector who paid a total of £39,040 including buyer’s premium.

Auctioneer Julian Dineen, said: “It’s been very exciting in the run up to the auction. Sir Winston Churchill is still highly regarded around the world and we had considerable interest from both the media and buyers that reflect that. It was only the second opportunity to acquire these wonderful items and the slippers in particular saw significant interest.”

Both lots had been sold for the first time by Churchill’s family in the Political Sale at Sotheby’s on the 15th July 1998, where the vendor purchased them. He decided to offer them for sale through Bellmans and said before the auction: “I have always been a huge admirer of Sir Winston Churchill and when Sotheby’s held their first political sale in 1998, I couldn’t resist bidding for a couple of lots. I put in successful bids for his slippers and the brandy balloon and it was a remarkable feeling to hold them in my hands after the auction. Although I am sad to part with them now, I hope that they will be bought by someone who cherishes these items as much as I did. I often imagined the great man sitting in his chair with these slippers on and this very glass filled with brandy in his hand. You can’t really beat that.”