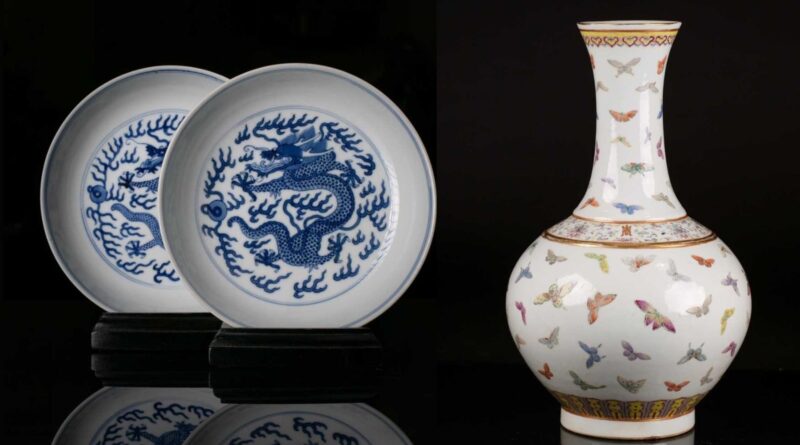 Items of Asian Art were in demand at a recent sale at Dawsons, with the star lot featuring two Chinese blue and white ‘dragon’ dishes. Frenetic bidding ensued and the dishes were eventually sold for £20,000. The dishes feature six character marks for Xianfeng & Guangxu and of the period, and are painted with three writhing, scaley, five clawed dragons, chasing a flaming pearls amidst clouds, both with applied ink inscribed collectors stock labels. 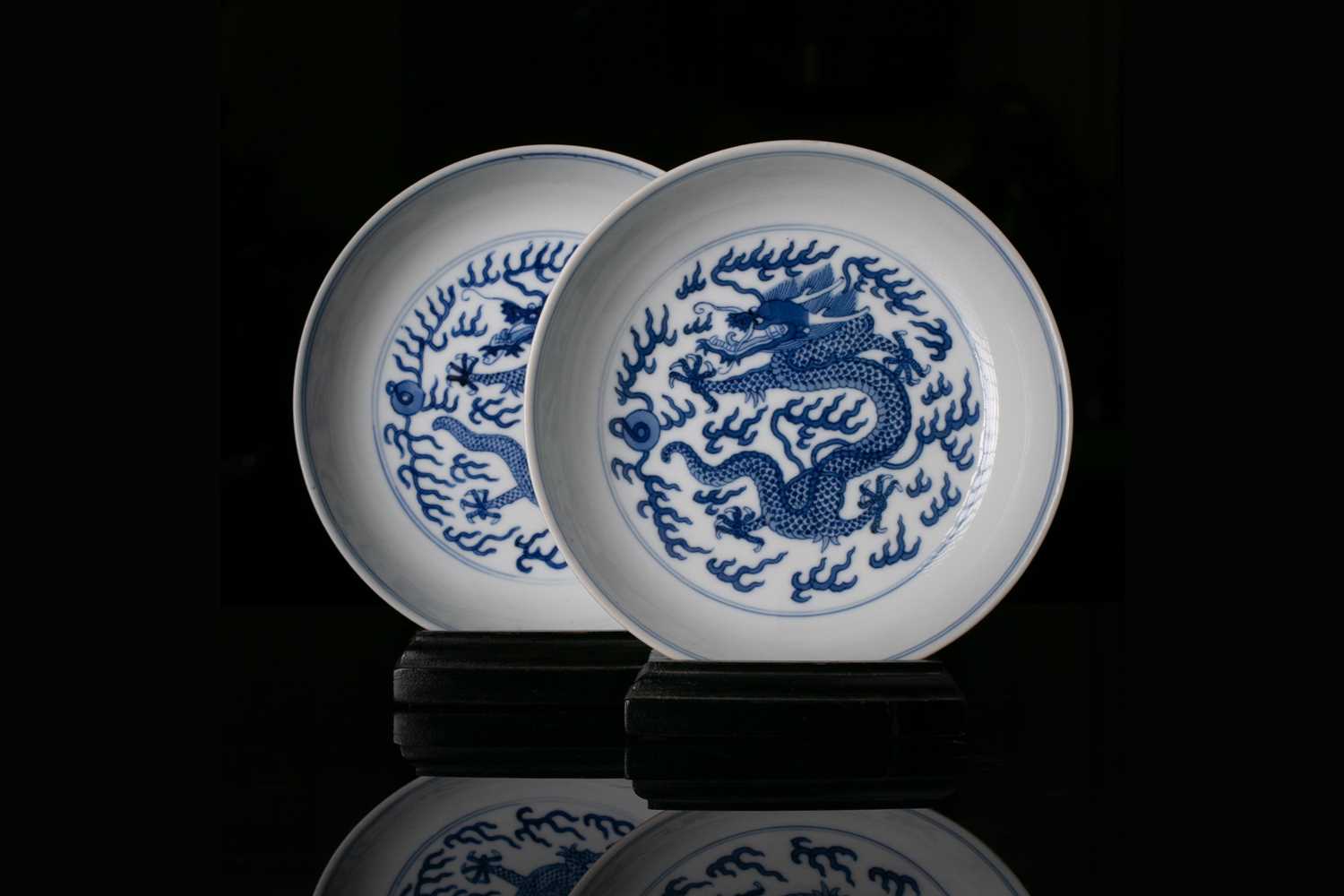 The sale’s other star lot, which attracted slightly more bidders than the dragon dishes and also sold for £20,000, was a Chinese butterfly vase with a Guangxu mark and probably of the period, the neck with gilt rim above a ruyi head band, the shoulder with famille rose peony and gilt double Shou, beween gilt bands. The lower band raised, decorated throughout with polychrome enamel butterflies, above a gadrooned base, six character Guangxu mark. 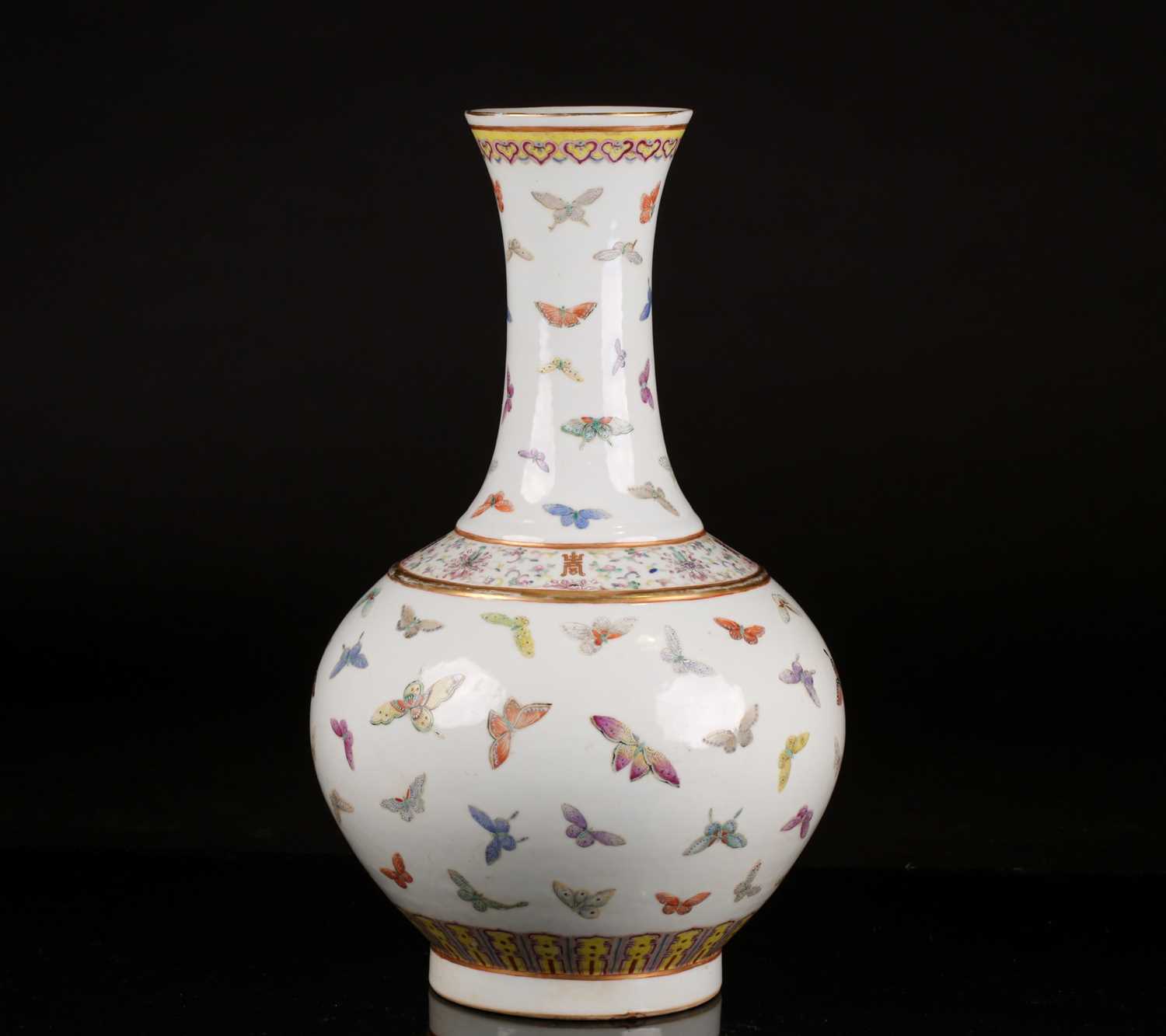 From the A.F. Bohman collection, which formed a significant portion of the Asian Art on sale, was a wonderful Chinese porcelain panel. From the 19th-century Qing period, it was painted with blossoming peony and chrysanthemums, mounted in a hardwood frame inlaid with stained bone inlay of bats and bi united by rope, further inlaid with silver wire scrolls. The sides of the frame are inlaid with silver wire Buddhist symbols. 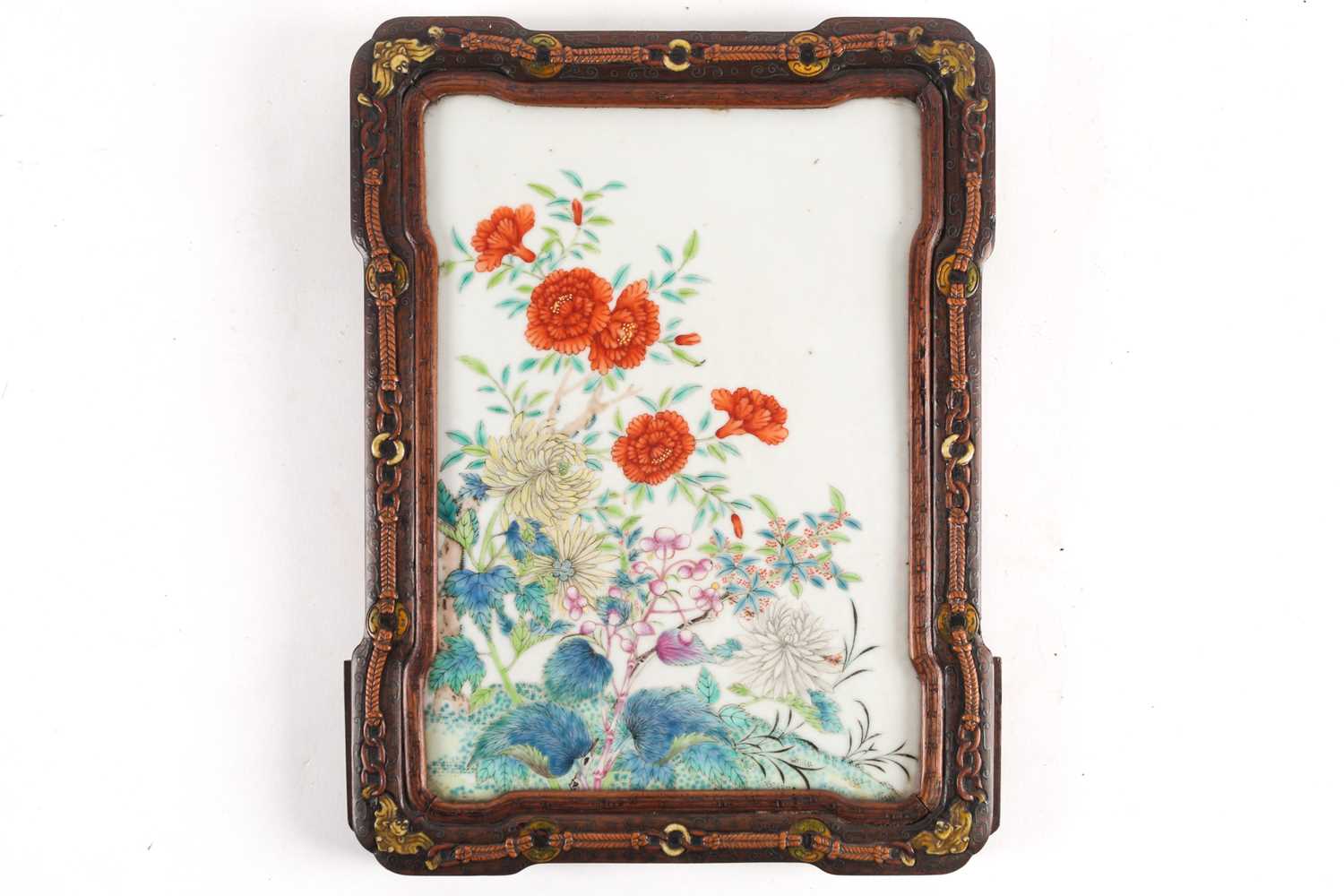 A rare Straits China (Peranakan) beadwork wedding footstool also attracted significant interest from bidders across the globe. Bangku Kaki Kahwain, 19th century, of quatrefoil shape, centred on a lotus flower surrounded by Feng and butterflies amongst flowers, within a border of finger citrons and flowers with cartouches of deer and flowers. The handles with birds and flowers, the sides with a continuous band of blossoming flowers, together with a Peranakan beadwork marital headdress, and a pair of red silk panels with gilt thread calligraphy… It really is beautiful to behold. 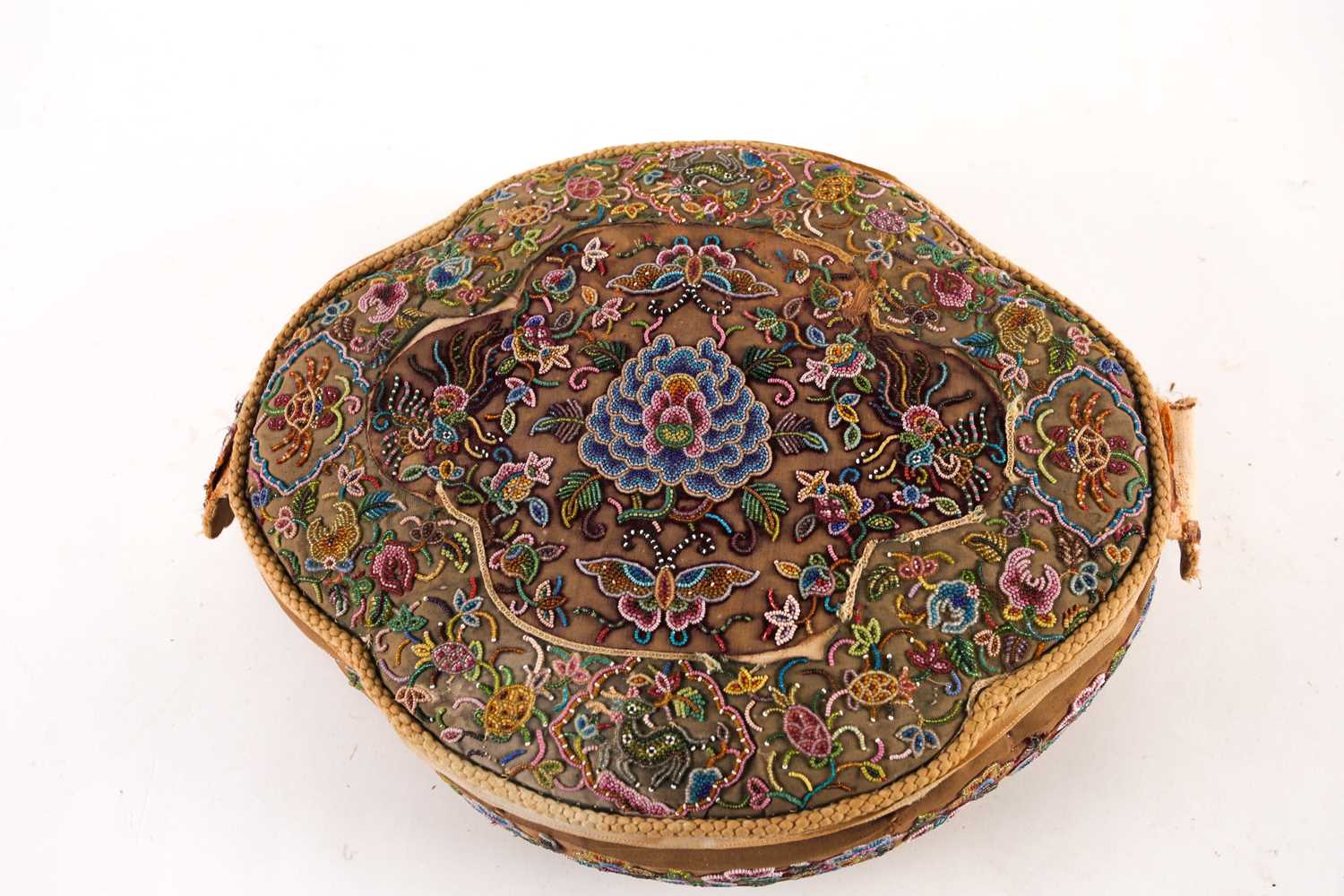 A Chinese, Qianlong famille rose porcelain cornucopia wall pocket with barbed rim (pictured above), proved to be a popular item amongst many interested bidders. It is painted with exotic flowers and scrolling tendrils, whilst the tip of the horn is painted with a river landscape in colours. 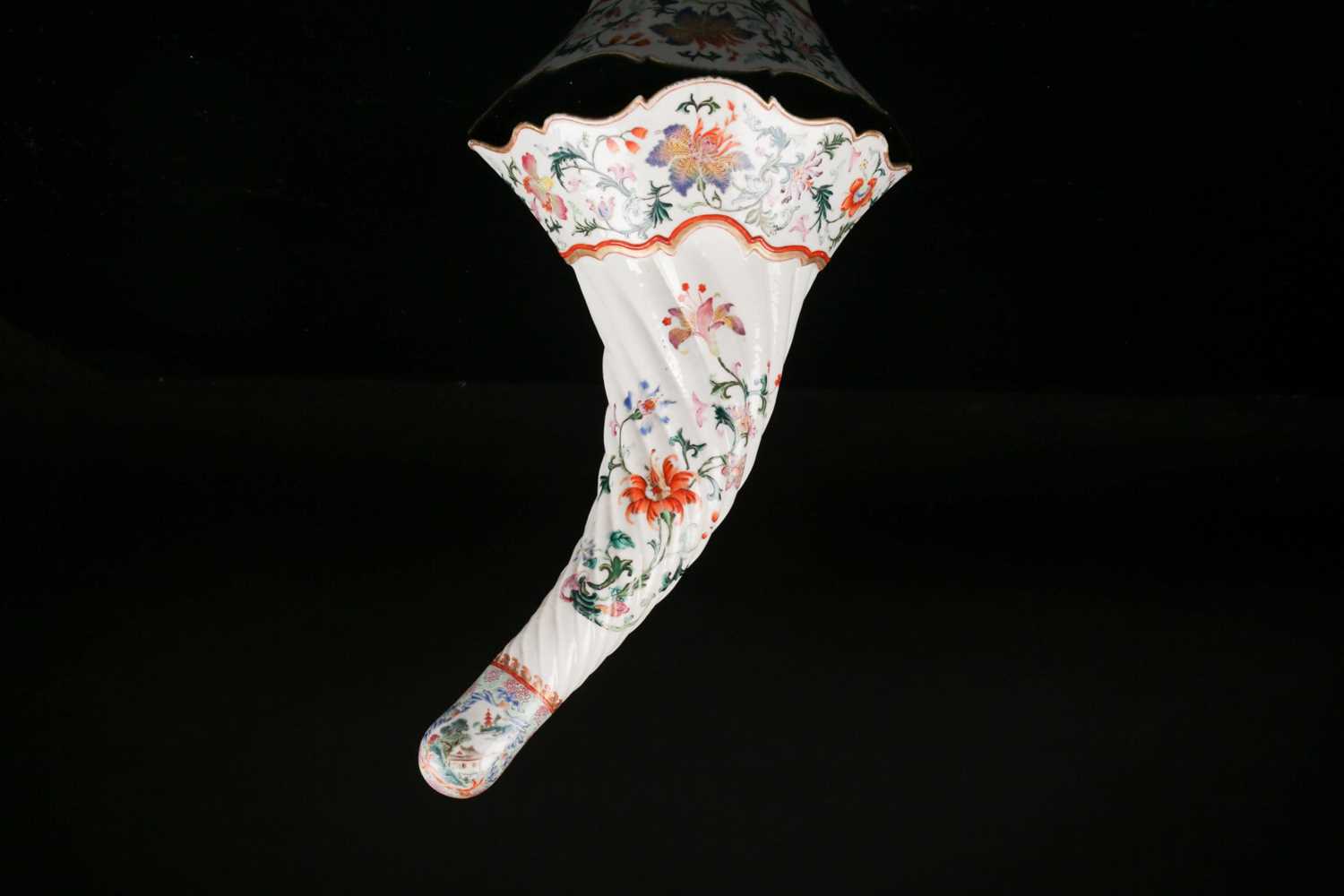