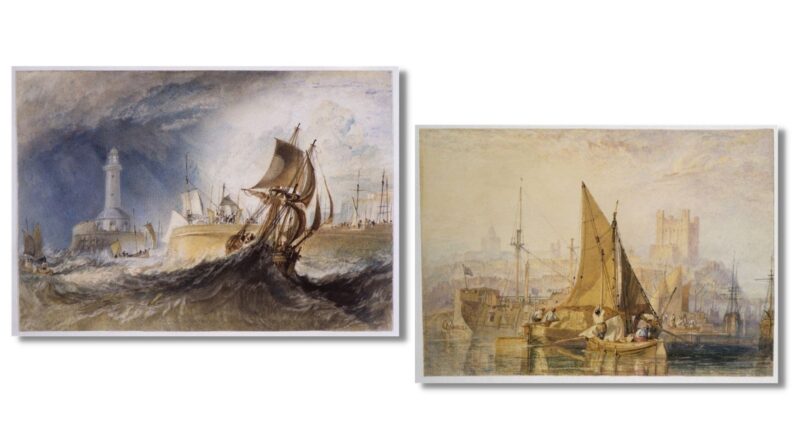 An exhibition of J.M.W. Turner’s original maritime watercolours and prints opens in his former home in Twickenham in May.

Turner’s English Coasts focuses on English marine and coastal subjects at a pivotal time in his career when he was living at Sandycombe Lodge (now called Turner’s house); the house he designed and lived in between 1813-26 at Sandycoombe Road, St Margarets, in Twickenham.

The exhibition includes projects financed by professional engravers and publishers to those instigated by Turner himself. Some were commercially successful (the finished watercolours in the exhibition were and remain highly desirable to art collectors), while others were personal experiments. Crucially, it was through such projects – unprecedented in their breadth and quality – that Turner was to achieve an international reputation.

J.M.W. Turner painted the sea more often than any other subject: from the earliest paintings upon which his reputation was founded to his later experimental and contentious work, the sea remained central to his artistic vision. It also loomed large in British commercial, cultural and political life. As a maritime and island nation, there was a broad-based fascination with the ever-present risks of seafaring in a kingdom which boasts some of the most dangerous coastlines anywhere in the world.

The Napoleonic Wars (1792-1815) encouraged domestic tourism, leading to British coastal towns and ports, particularly those on the southern coast of England, to be viewed increasingly as a mainstay of the leisure industry, so the exhibition is particularly apposite this year when we are planning holidays closer to home.

Turner’s English Coasts opens to the public on May 22 September 5, 2021. Prebooking is essential via turnershouse.org.