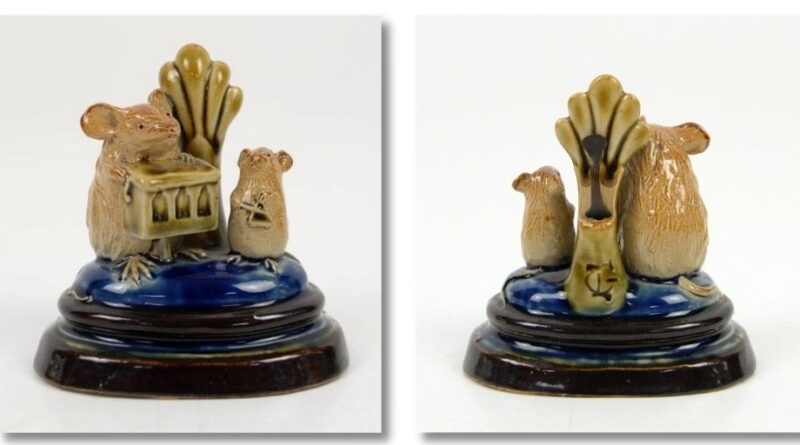 But that pound is expected to turn into as much as £800 or more when this tiny ceramic menu holder modelled as mice musicians comes to auction at Surrey auction house Ewbank’s on April 29 in its Decorative Arts, Vintage & Modern Design sale. 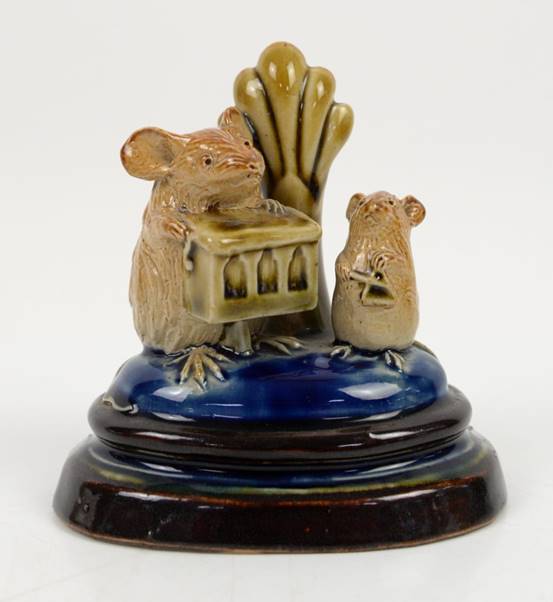 With one mouse playing a music box and the other a triangle, this is a composition dating to around 1900 by George Tinworth (1843-1913), a ceramic artist who worked for the Doulton factory at Lambeth from 1867 until his death.

Tinworth was much admired in his lifetime and some of his more monumental work was shown at the Royal Academy where it attracted the attention and admiration of the leading Victorian art critic John Ruskin.

His anthropomorphic mouse groups have become increasingly popular over the years, with some of the rarest – musicians like these or sporting mice – fetching sums well into four figures.