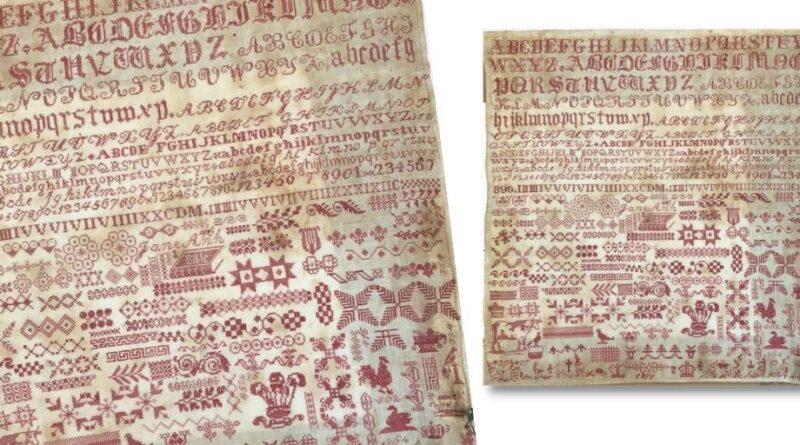 The sampler is worked in red thread on white background in the style of the Ashley Down Orphanage, Bristol. Tiny stitches form the alphabet, numbers and numerous detailed motifs, executed using the Bristol orphanage’s distinctive format for fonts and motifs including a Bible, cow, birds, and fleur de lys.

The sampler was worked by a ‘Jane Ann’ and is dated 1871. Intriguingly, she has worked three-digit numbers into the sampler fitted amongst the numerous details, which could be bed numbers of her fellow orphans or acknowledging the other girls for helping with her sampler or borrowing their patterns. 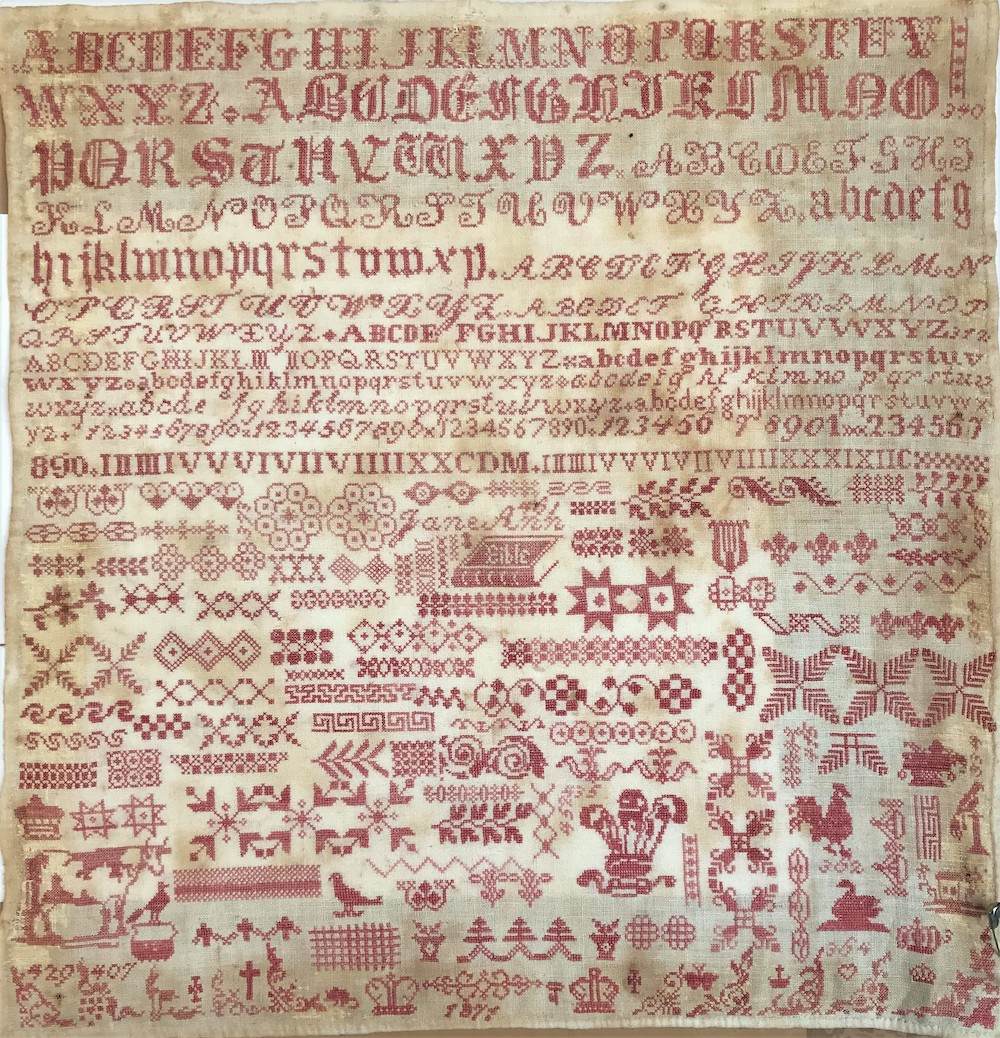 Ashley Down House was an extraordinary institution. At a time when there were very few orphanages and the only alternative was the workhouse, George Müller, a Christian preacher, built a vast orphanage that would care for over 10,000 children in his lifetime.

Sewing was a vital skill taught at Ashley Down, and the Bristol and District Teachers Association created the Needlework Scheme, a comprehensive education in the skills that would render the girls employable. Samplers were produced as examples of their abilities, to show potential employers. They followed a model sampler, with red cotton on linen, working the alphabet in different fonts at the top and personalising the bottom with motifs of their own.

Also of note in the sale was a private collection of costume and textiles from a Suffolk family. Dating from the early 19th to early 20th century, the collection was sold in 26 lots and realised a total hammer price of £6,590. Since the 1980s, the textiles have been stored in trunks in a barn on the vendor’s farm. Top selling lots from the collection included an early 20th-century Chinese embroidered silk skirt panel, which was sold together with a later skirt for £1,100. A 19th-century cream silk short sleeve dress sold for £750, and a 19th-century wedding costume with matching brocade shoes sold for £500.

Elsewhere in the sale, a 1940s embroidered Indian long coat sold for £600, and 1950s printed cotton day dress continued to be in demand. For example, a lot comprising 13 dresses, including those made by Horrockses Fashions of Lancashire, sold for £450. Two Early 19th-century caracos, an informal French style of jacket with non-pleated backs, sold well at £320 apiece.