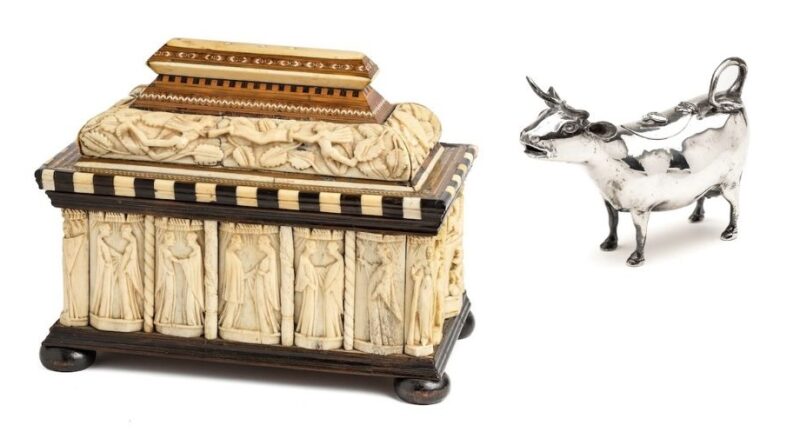 Matthew Barton’s European and Asian Works of Art Auction on May 26 will include a selection of items where a percentage of the sale proceeds will go towards a charity initiative started by Olympia Auctions following the impact of the pandemic.

The percentage from the sales within both the European Works of Art and the Asian Works of Art sections will benefit The Wallace Collection, Westminster Abbey and The Grange Festival.

Other pieces in the sale’s European section include a comprehensive private collection of over 50 bonbonnieres, patch and snuff boxes, as well as 36 portrait miniatures from the18th/19th century with a combined estimate of £20,000 to £30,000. A number of the small boxes are of some historical significance; one particular example displays contemporary caricatures implying the lack of support from the Duke of Newcastle and Henry Fox for Admiral Byng’s expedition to relieve Minorca in 1756. Other boxes display a printed transfer of the anti-slavery seal from the 1800s, another a painted guillotine scene of Louis XVI, and more commemorate Nelson.

The jewellery section includes an early 20th-century diamond brooch with wings by Cartier, with maker’s mark Henri Hector Picq, Paris, estimated at £10,000 to £15,000 (attached). In the silver section, highlights include an attractive rose bowl, made in 1913 by The Duchess of Sutherland’s charitable guild ‘The Potteries and Newcastle Cripples Guild’ estimated at £700 to £1,000 also a George III silver cow creamer, makers mark T.H., London 1774.  Among the objects of vertu there is an eye-catching pair of Sicilian Capezzali of ‘The Annunciation’ and ‘The Nativity’, Trapani, second half of the 17th century and estimated at £8,000 to £12,000.

In the Asian Works of Art section, pieces consigned for the benefit of the three cultural institutions campaign include an early 19th-century Lucknow enamel Huqqa bottle estimated at £4,000 to £6,000. Also 19th-century rock-crystal ritual objects from Tibet or Nepal, estimated at £400 to £600 and a 19th-century amuletic necklace, from Bhutan estimated at £700 to £900. There is a good selection of bronzes in this section of the sale, as well as miniatures, cloth hangings and ceramics. 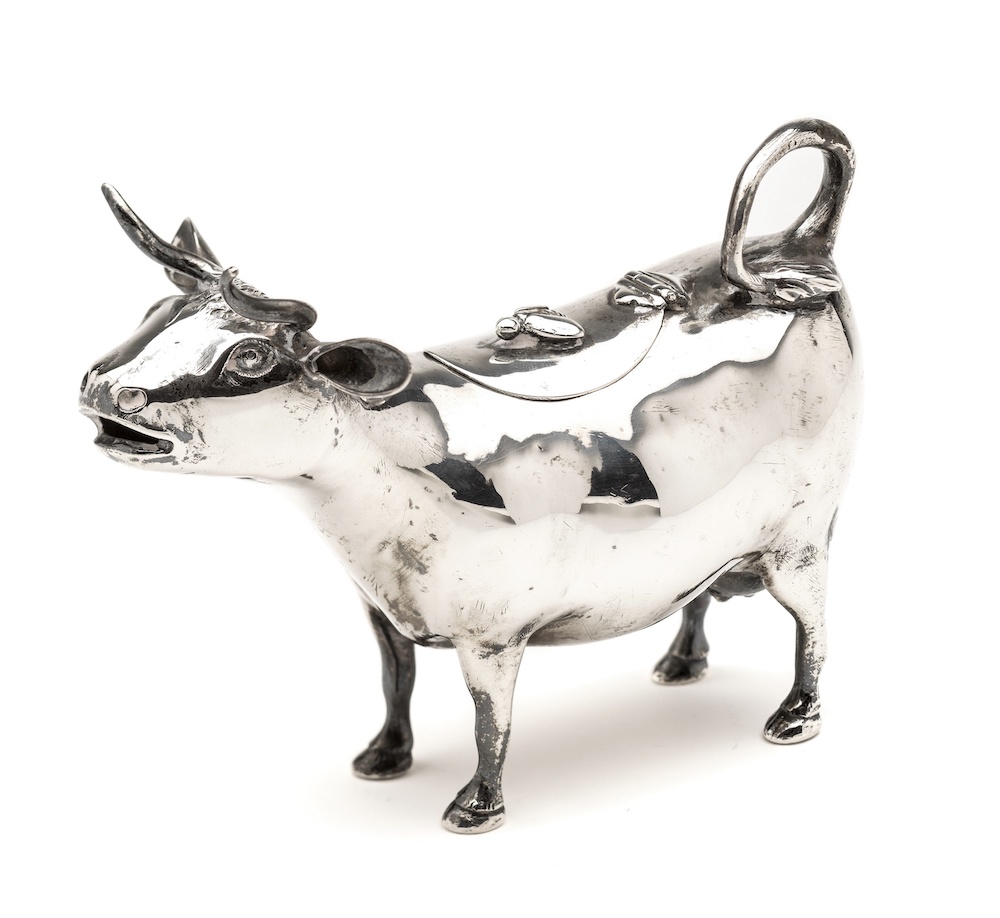