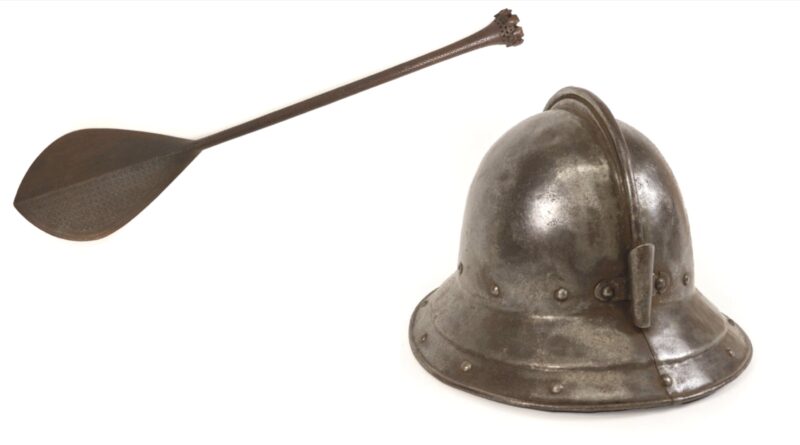 A 19th-century wooden paddle from the Austral Islands covered with intricately carved decorative motifs is set to be one of the highlights of a Yorkshire sale this month.

The Austral Islands are the southernmost group of islands in French Polynesia, and such paddles were traded with Europeans who visited the islands on whaling ships during the first half of the century; it has been conjectured that they developed from earlier ceremonial paddles. The paddle is highly decorated, with crisply-carved repeating motifs including ‘toothed suns’, which comprise concentric circles surrounded by ‘niho’ or triangular teeth, a feature prominent in Austral Islands carving. Indeed, many such paddles would have been carved using sharks’ teeth. The pommel at the top of the shaft is encircled by stylised figures wearing alternating headdresses, and the paddle is offered with an estimate of £2,500-3,500 plus buyer’s premium. 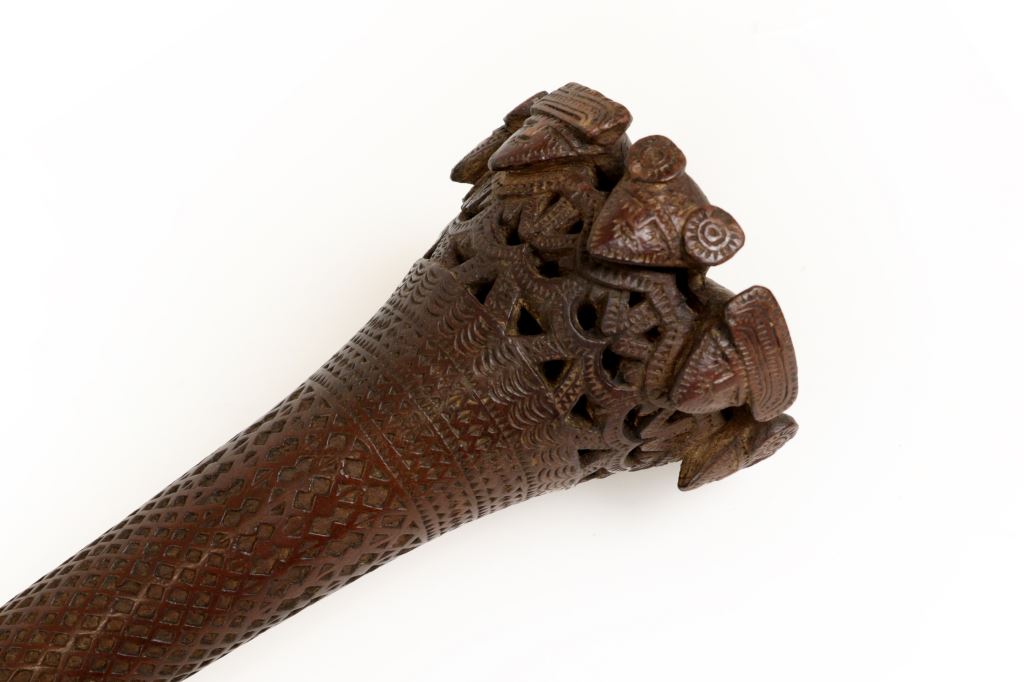 Also hailing from Oceania is a 19th century Fijian Ula or throwing club, estimated at £700-800. The club has a large compressed globular head deeply carved with a band of raised diamond motifs and the top is inset with a star panel made of marine ivory. Such weapons were usually made from a type of ironwood, were either thrown as a missile or used in the hand as a club and were highly effective weapons.

From closer to home comes a mid-17th century pikeman’s pot helmet, estimated at £800-1,200. Made circa 1640, possibly for an officer, the helmet has an old inventory label inscribed ‘Officer of Pikeman’s Pot Helmet, 17th Century, English. From The Old Chantry House, Newark, Notts’. Newark was the site of much fighting during the English Civil War, being a site of strategic importance to both Royalists and Parliamentarians as two major roads – the Great North Road and the Fosse Way – ran through the town. 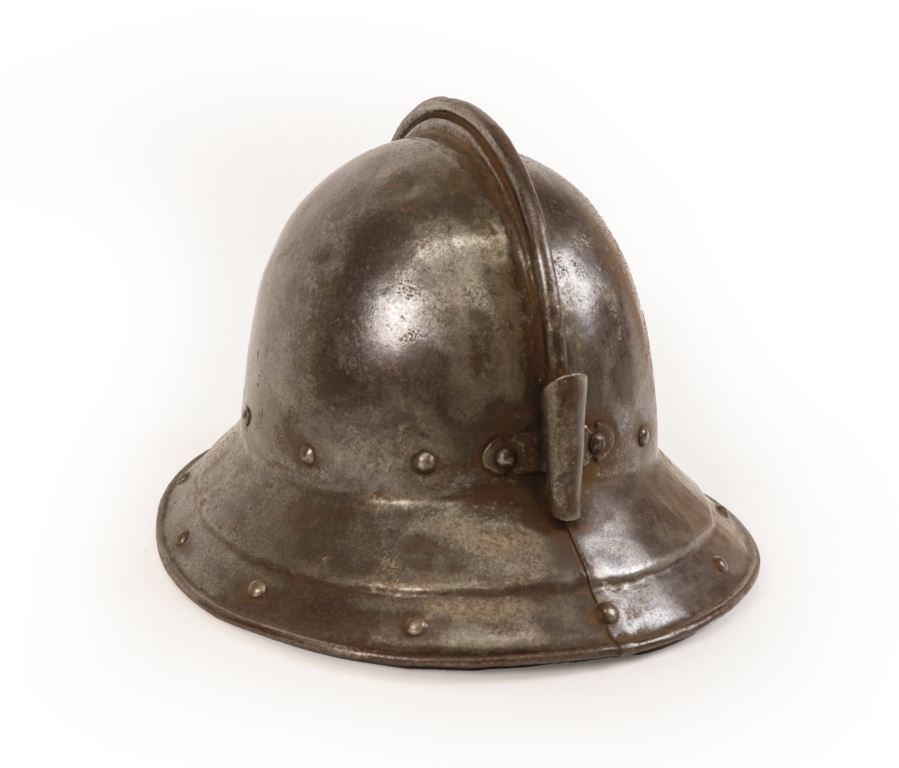 Occupied by Royalists during the early years of the war, Newark was besieged by Parliamentarians three times, briefly in 1643 and 1644, and then for a little over five months in 1645-6. Charles I eventually surrendered at the Scottish army camp at nearby Southwell in 1646. Also of note from the era is a 17th–century English officer’s plug bayonet, made circa 1680 and offered with an estimate of £600-800.

Finally, a rare 19th-century copper pistol flask made in the form of two entwined dolphins is offered with an estimate of £500-700. The flask was made by Bartram & Co. of Sheffield, which was founded in 1851 by William Bartram and traded in the town until 1892. They made a wide variety of powder flasks but were best known for this unusual design featuring dolphins or ‘sea monsters’.