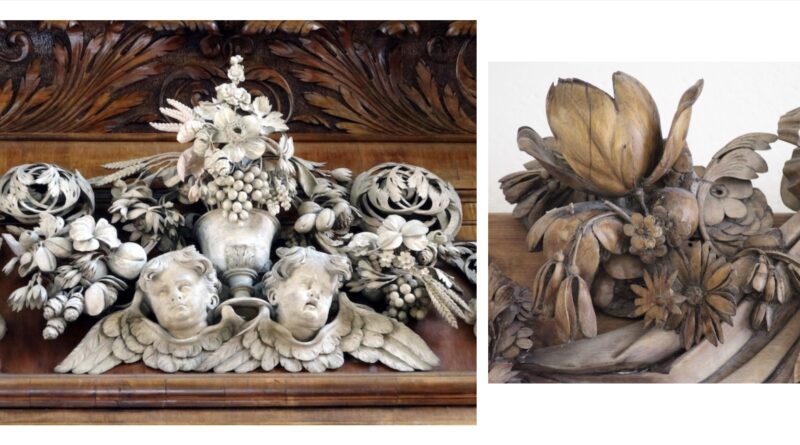 The remarkable life and legacy of Grinling Gibbons (1648-1721) will be celebrated at Compton Verney in Warwickshire, as part of a year-long series of events to commemorate the tercentenary of the most renowned British woodcarver of the 17th century, often called the ‘Michelangelo of Wood.’

The exhibition, Centuries in the Making, which runs from September 25 and January 30, 2022 – produced in partnership with the Grinling Gibbons Society – will reveal the life, genius and legacy of this legendary sculptor and craftsman, who died on August 3, 1721.

Gibbons’ work is usually only seen in situ in Britain’s royal palaces, including Windsor and Hampton Court, its most important churches, including St Paul’s Cathedral and York Minster, and the grandest of stately homes, but now, fine examples can be seen together, including items rarely on public display, curated from national, international, and private collections.