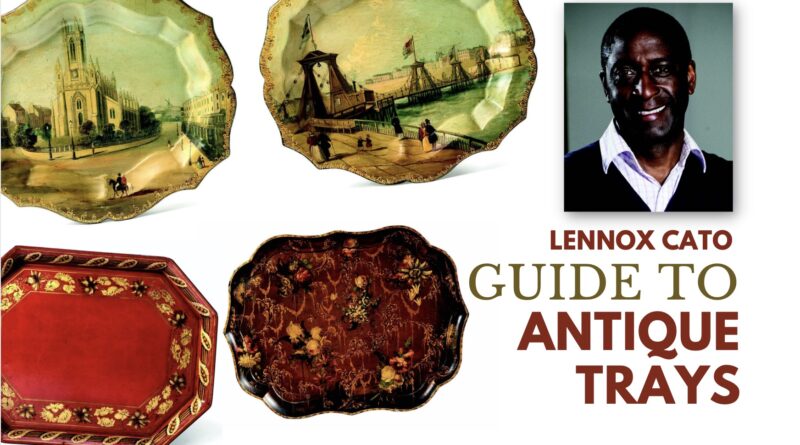 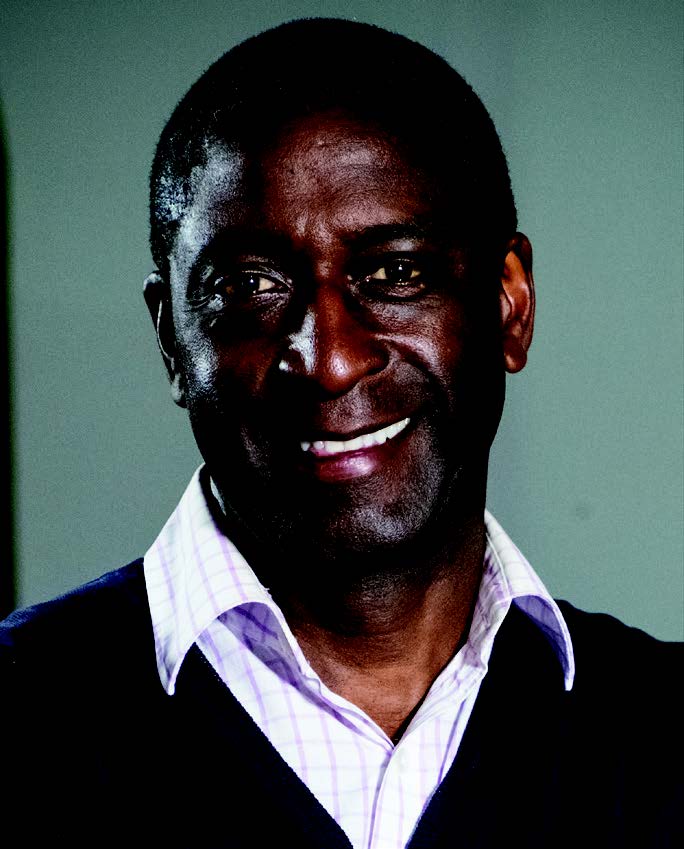 Antique trays often get overlooked as an integral part of an interior scheme. We all have a tray or two at home, but an antique tray offers a completely different experience. They can be used in so many different ways, for example as a foil or back drop to a table scape, or – depending on size – mounted on a base and used as a coffee table.

Most 18th-century trays are made of mahogany, some of which are bound with brass bands which are often oval in shape. The later 18th-century examples tend to be veneered, some in satinwood and perhaps inlaid with fine marquetry. These examples have a laminated gallery and gilt metal brass cast handles.

Very rare ones have a spindled gallery with a line of brass in the top molding above the spindles. Later 18th-century wooden trays were copied by the Edwardians in large numbers, the wooden raised gallery has thin veneers which are more fragile than Georgian versions that were laminated for strength.

Later designs can be a little too small compared to 18th-century trays, which generally have a good sense of scale and makes them fit for purpose.

My preferred tray is made of papier-mâché and so exquisite they can be works of art in their own right. I’m sure many of you will have come across early Regency and Victorian examples designed with wisteria and floral scenes in the Chinese manner.

The most common ones have a black ground with gilt decoration. But it’s the rare and unusual colours I find so exciting: scarlet, green, blue on ivory ground.

The best trays are highlighted with fine gilt bronze powders and gold leaf. This decoration, again, follows a chinoiserie-inspired form, with pavilions and gardens, floral sprays and butterflies, all the touch of the exotic.

Papier-mâché originated in China in the Han dynasty in 200AD. But it was the British manufacturer, Henry Clay, who patented his ‘new improved paper-ware’ in 1772, that we are most familiar with today. His technique involved pasting sheets of paper together and then oiling, varnishing, and then stove-hardening them.

The process produced panels suitable for coaches, carriages, sedan chairs and furniture. It was very strong, durable, heat and moisture resistant. Tea trays, caddies, and items of furniture including a sedan chair made for Queen Charlotte in 1793, were made in this way.

Although he continued manufacturing from Birmingham until 1801, Clay set up workshops in London at 18 King Street, Covent Garden in 1785. It was at this time that japanning became very fashionable and Clay made full use of this process decorating his papier-mâché items with classical and chinoiserie subjects. His quality of workmanship was brilliant and he supplied George III and, later, the Prince of Wales.

On the reverse of some trays, you will find an impressed mark, ‘Clay, King St/ Covt. Garden’ or ‘Clay Patent’ with a crown sometimes over the name.

After his death his business was taken over by Jennens & Bettridge who continued supplying George IV, William IV and Queen Victoria.

This high-end work was expensive and time consuming and, because Jennens & Bettridge wanted to be the market leader, different ideas were put into practice, one of which was using crushed shells, oyster or mother of pearl shells creating a greenish tint and pinkish iridescence.

By the 1850s, the business reached its zenith, with exhibits at the Great Exhibition and the opening of branches in New York and Paris. However, the expansion caused spiralling costs and the company soon after went out of business.

As with all antiques condition is so important. Papiermâché is vulnerable to damage, with trays especially when the sides come away from the base. Decoration may also suffer from overuse.

Victorian trays can be found with views painted by leading artists of the time. Trays were also made in sets of three, or even five, graduating from a large tray down to a card tray.

If the tray is rectangular in shape with rounded corners and angled, upright sides, it is more than likely to be of the Regency period dating around 1810.

Starting a collection of Antique Trays

Several factors dictate the value of a Victorian papier-mâché tray:

Lennox Cato is a specialist on the BBC’s Antiques Roadshow and owns Lennox Cato Antiques, for more details go to www.lennoxcato.com