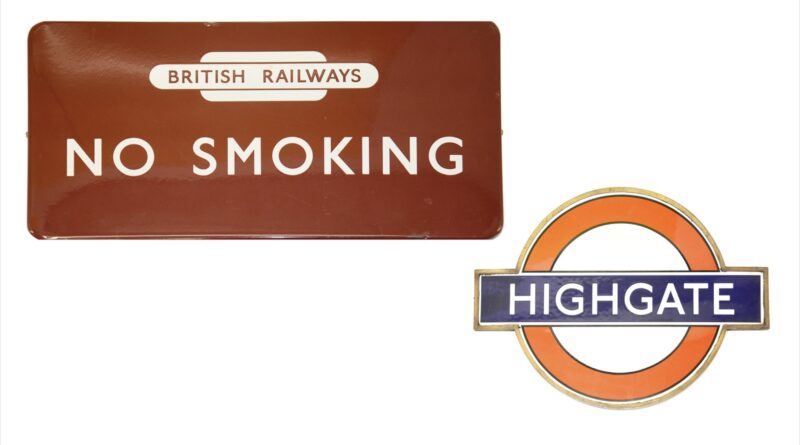 More than 400 distinctive railway and street signs – from two separate collections –  will be offered by Catherine Southon Auctioneers & Valuers in a two-week timed auction that runs from September 10 to 24 on www.the-saleroom.com.

Comprising a single owner collection of railwayana as well as the final part of the Westminster City Council collection of London street signs, estimates range from £60 upwards. 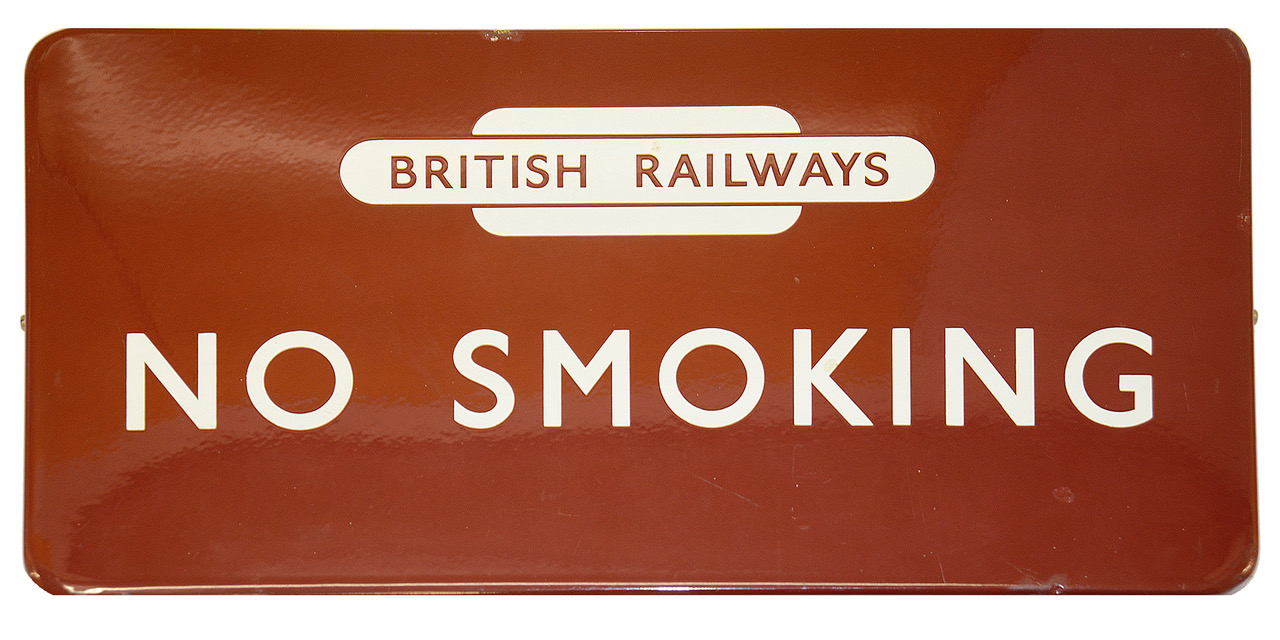 The JS Collection of Railwayana was one mans’ life-long passion and focuses on rare signs from the earlier part of the twentieth century. Comprising 200 lots, the collection ranges from a large tube station platform sign which shows an unrealised extension to the Northern line to Bushey Heath – there are two of this sign, estimated at £800-1,200, to a very nice and rare 1930s bronze framed station roundel for Highgate station, estimated at £1,000-1,500 and a London Underground Oxford Circus enamel ‘bullseye’ roundel sign which is also expected to fetch £1,000-1,500. It was amassed by the vendors’ husband, who had been collecting railway signs and memorabilia since a child over 60 years ago and his relatives recall that there were old railway maps on the walls.

Catherine Southon commented: “We are particularly delighted to be selling this large and unique collection of enamel railways signs, memorabilia and ephemera that is obviously the result of a lifetime of enthusiastic and scientific collecting. The collector was a true Londoner and had a particular eye for rare and historic London Underground memorabilia and includes trolleybus and Coach station signs that hark back to another era of transport which is seems to be lost in the modern world. This visually appealing collection covers the history of British Railways and its nationwide network, and we feel that it will appeal to a huge range of buyers.” 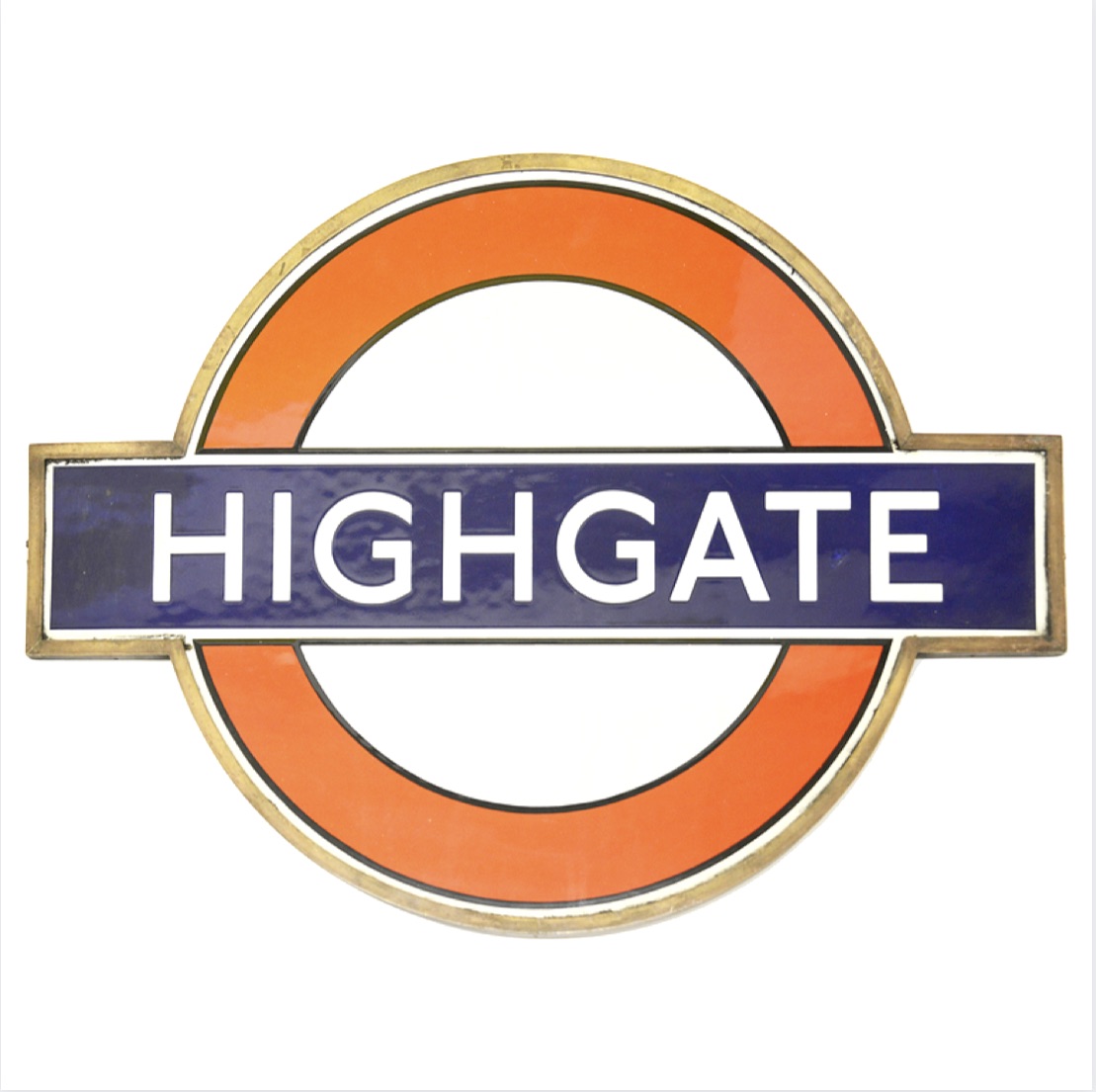 Following on from the success of the sale in March 2021, which saw a sign for Abbey Road NW8 selling for £37,200; another 200 London street signs are to be sold on behalf of Westminster City Council.

First created by Sir Misha Black in 1967, the signs are synonymous to Westminster City Council. Examples in the September sale range from Whitehall SW1, which is estimated to fetch £400-600 to Theatreland Drury Lane WC2 which incorporates images of theatrical masks at the top of the sign, and carries an estimate of £300-500 as does one for the Strand, which carries a similar estimate. Other signs include the Newport Place W1 Chinatown, which also includes Chinese lettering and is estimated at £60-100; while Duke Street W1, is estimated at £200-300 and Parliament Street SW1carries an estimate of £300-500.

Catherine said: “We are privileged to be selling another collection of iconic London Street signs on behalf of Westminster City Council who are upgrading their signs. Earlier this year, we sold 275 signs in a ‘White Glove’ sale which totalled £143,517, was 100% sold and saw frantic last-minute bidding from all over the world. With many internationally recognisable signs being offered in this second tranche, we are sure that this sale will do very well. Each of the signs offered for auction will be sold with a signed Certificate of Authenticity.”