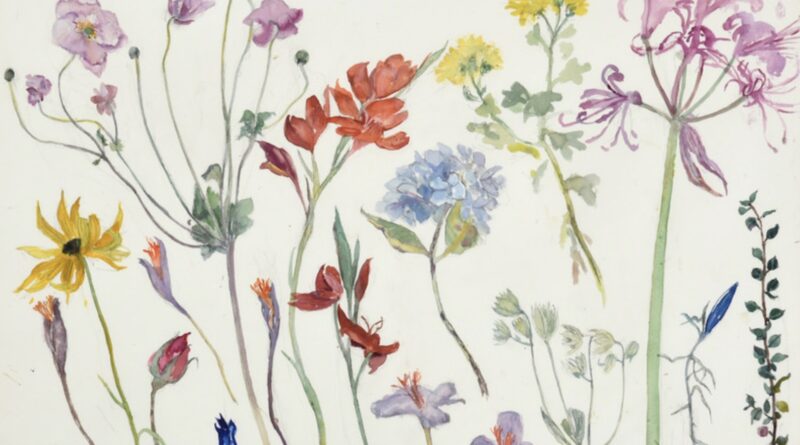 An important work by celebrated Scottish artist Dame Elizabeth Blackadder is coming up for auction in the Modern and Contemporary Art Sale at Tennants Auctioneers, North Yorkshire next month.

‘Flower Studies’ carries an estimate of £18,000-25,000, and was commissioned in 2012 by the then First Minister of Scotland Alex Salmond to be reproduced on his charity Christmas card to mark the Year of Natural Scotland in 2013. 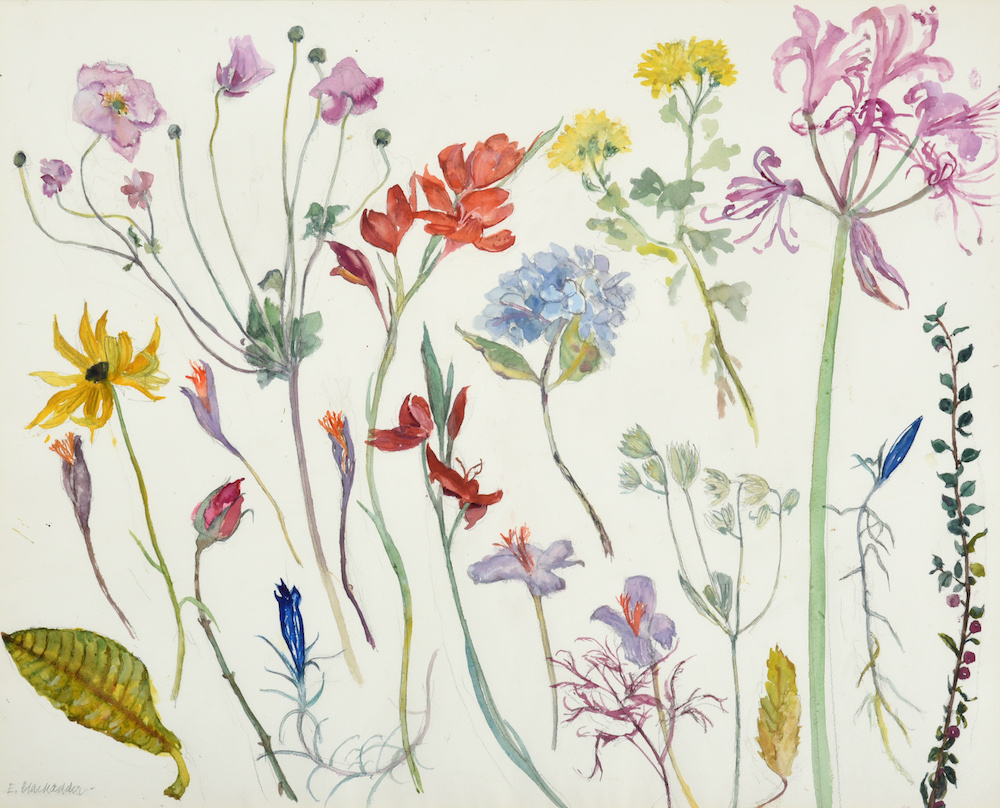 The painting was unveiled by the first minister at the Royal Botanic Gardens in Edinburgh, and was subsequently sold at auction to raise money for Breakthrough Breast Cancer, Dyslexia Scotland, the Scottish Steelworkers Memorial Fund, and the Sick Kids Friends Foundation.

Dame Elizabeth Blackadder, who died on August 23, just a month short of her 90th birthday, was one of Scotland’s most loved artists, best known for delicate, beautifully observed flower paintings and her place as the first woman to be elected to both the Royal Academy and the Royal Scottish Academy.

Born in Falkirk in 1931, Blackadder developed a deep love of flowers from childhood, collecting specimens which she would catalogue and label meticulously with their Latin names. Flowers remained a central theme throughout Blackadder’s life, from her childhood collecting to a lifetime as an avid gardener. Her flower paintings, such as the present example, go over and above the traditional composition of flowers arranged in a jug or vase.

She carefully arranged her flowers as individual specimens against a flat white background, at once lending an air of modernity and bringing her subjects to the fore and harking back to botanical specimen illustrations of an earlier era. Blackadder herself once remarked that “The space between flowers is as important as the flowers themselves”. She continually returned to her favourite species – tulips, irises, poppies, lilies, orchids, and anemones, painting each once with a combination of scientific observation and a delicate lyricism reflecting her deep knowledge and love of her subject.

Elizabeth Blackadder was awarded the OBE in 1982, the DBE in 2003, and in 2001 was appointed Her Majesty’s Painter and Limner in Scotland.

The sale takes place on October 9.