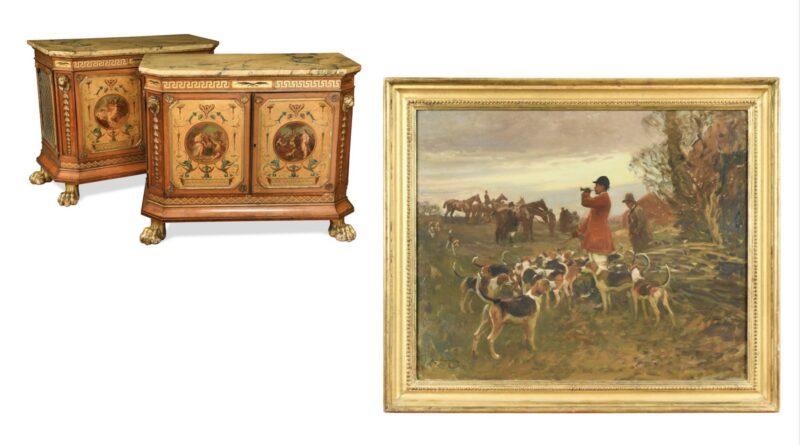 A major collection from Landwade Hall in Suffolk, comprising some 150 lots, was one of the highlights of a recent sale in Cambridgeshire auctioneers, Cheffins Fine Sale.

Featuring sporting art, furniture and antiques, previously owned by philanthropist and racehorse owner, Simon Gibson CBE, the highlight of the collection was a hunting scene, titled ‘November Morning’ by Sir Alfred Munnings, (British 1878 – 1959), which sold for £70,000 against an estimate of £30,000 – £50,000. 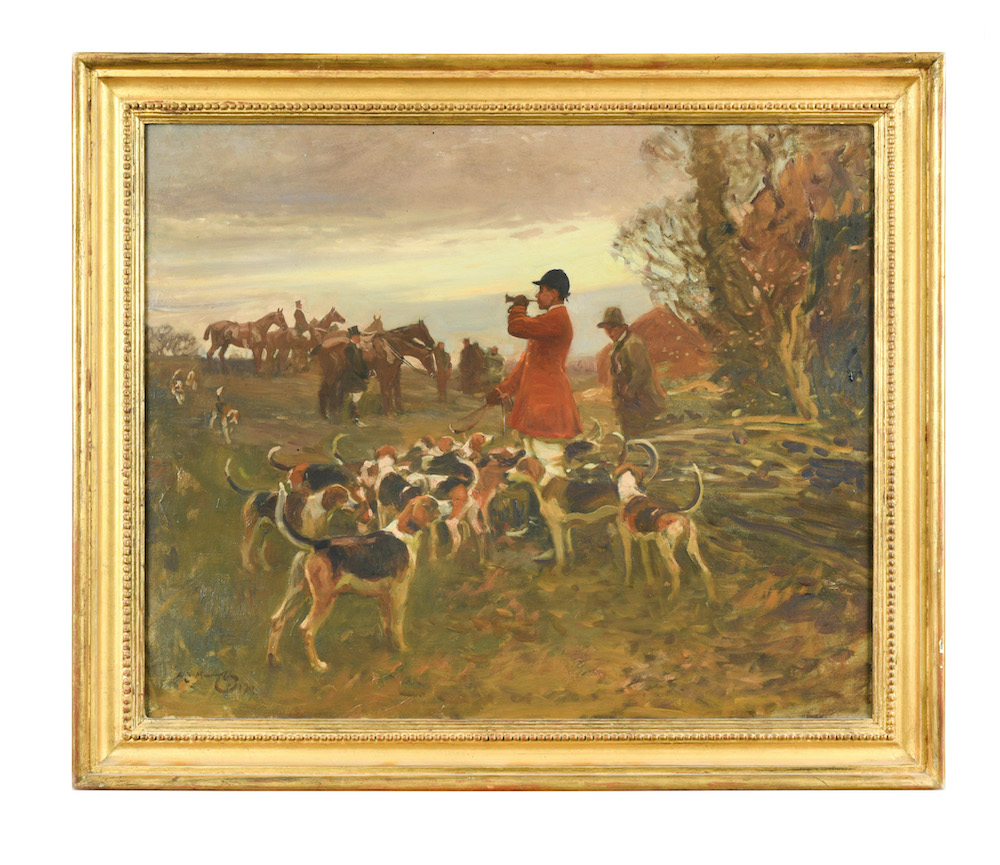 Similarly, a number of original pictures by Charles ‘Snaffles’ Johnson Payne, (British 1884 – 1967) all exceeded estimates, with the original watercolour for the famous print ‘Once upon a Time’ selling for £10,000, against an estimate of £6,000 – £8,000, while the watercolour titled ‘The Beef Trade’ sold for £9,500. Both of which were purchased by UK based private buyers. 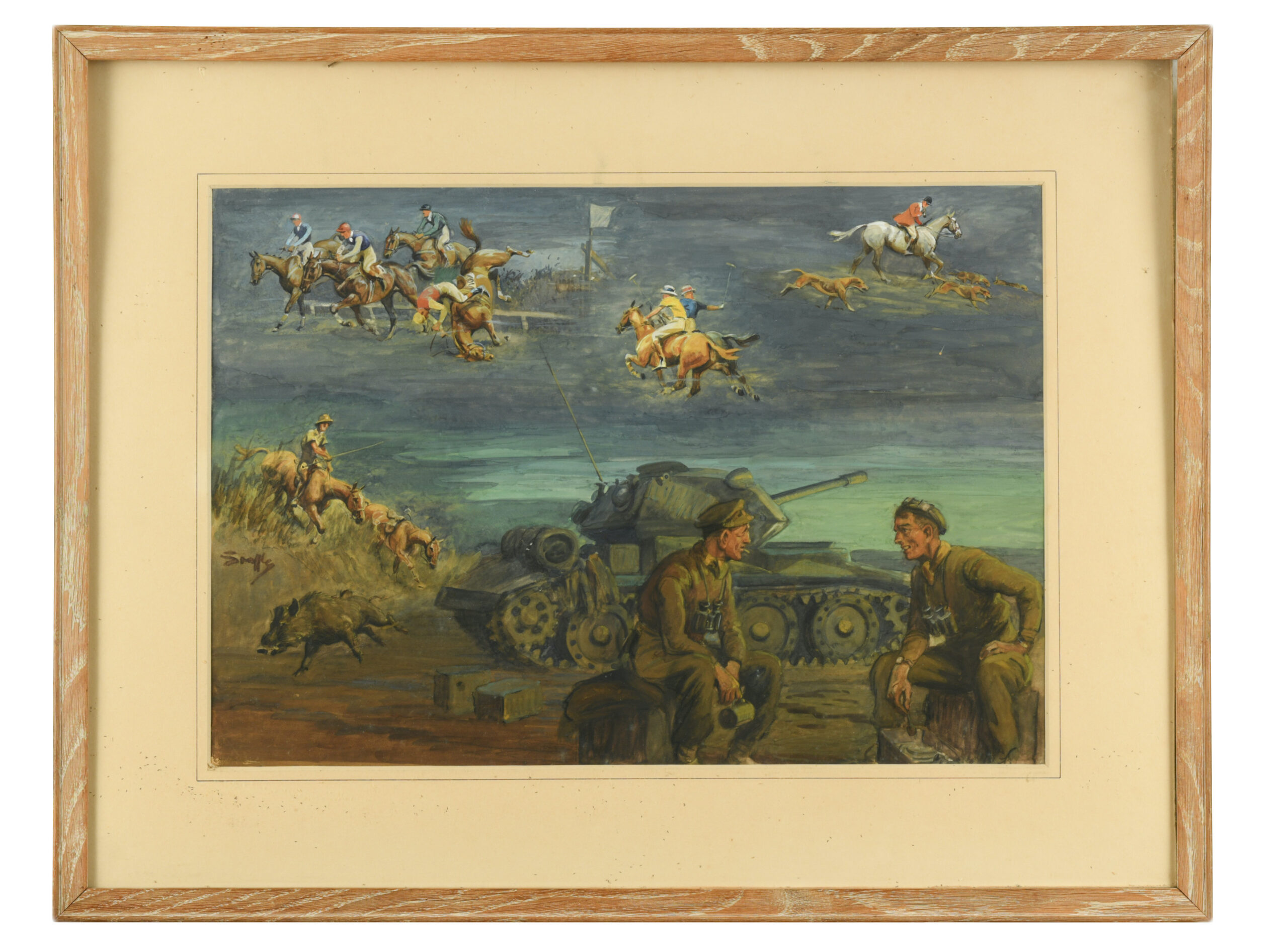 Among the furniture from the Landwade Collection, a pair of painted and gilded satinwood cabinets, in the manner of Robert Adam and previously from Exning House, sold for £20,000 against an estimate of £3,000 – £5,000, while two George III mahogany library armchairs sold for £44,000. 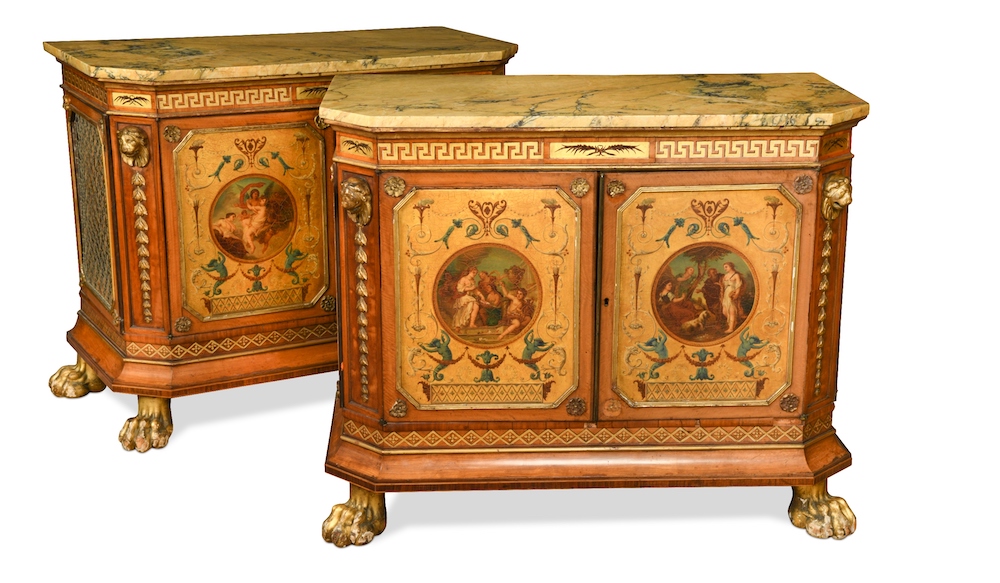 There was also a series of bronzes and decorative items from the Collection, including a limited edition bronze model of ‘The Newmarket Stallion’ by Marcia Astor, which sold for £8,500 to a local private buyer.

Other highlights in the sale, not consigned from Landwade, included an important private collection of twelve bronzes by Antoine-Louis Barye, (French, 1795 – 1875) consigned from Lancashire. These were sold for over £37,000 in total, to a mix of buyers from across the UK and France, the highlight of the collection was the £9,000 paid for an early cast and well-patinated version of ‘Lion au Serpent’ against an estimate of £3,000 – £5,000. In addition, a fine Charles II stump-work table casket, from circa 1670 sold for £22,000 and a large three-seater Howard & Sons sofa sold for £16,500.

Portraits led the paintings section, with highlights including a depiction of King Charles I, attributed to Jan van Belcamp (Flemish, 1610 – 1653) which sold for £28,000 to a private buyer based in Ireland, and a portrait of a noblewoman, from the Circle of Scipione Pulzone, called il Gaetano (Italian, 1544 – 1598), which made £16,000 when it sold to a private buyer based in Italy. Similarly, a portrait of a gentleman by Allan Ramsay (Scottish, 1714 – 1784) sold for £15,000 to a UK-based private collector.

Martin Millard, Director at Cheffins said: “The results of this sale continue to prove that fresh-to-market, private country house collections will always generate interest and competitive bidding. The prices achieved for the Landwade Hall collection, demonstrate the continued demand for the very best of traditional country house furniture and sporting art, with works by the leading lights of the genre seeing prices achieved well above pre-sale estimates. It is also pleasing to see the strength of demand for fine period portraits, particularly within the private market. With both private collectors and the trade out in force, both virtually and physically, we saw spirited bidding across all sections of the sale and were delighted with the results achieved.”