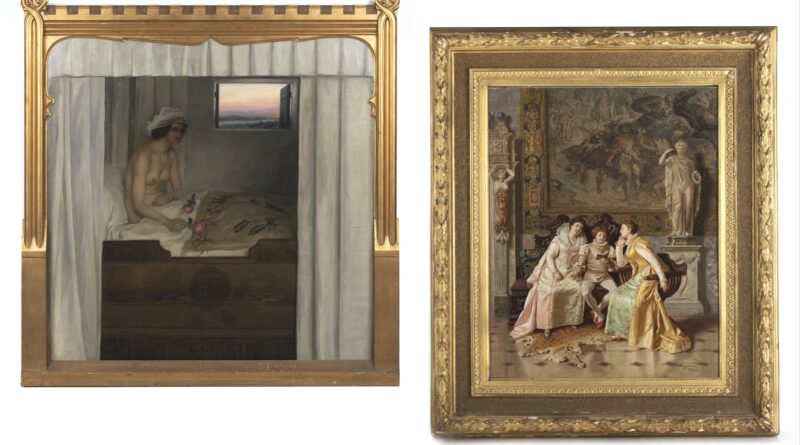 A selection of 19th-century oil paintings proved particularly popular in a recent sale in Oxfordshire and made up many of the top-performing lots.

An oil on canvas entitled ‘Contemplation’ by the Danish Symbolist painter, Agnes Ranbusch Slot-Moller (1862-1937), was highly contested amongst bidders in Mallams’ recent Art and Music Sale which achieved total sales of £150,000. Displayed in a gilt Gothic revival style frame, it sold to a trade buyer for £6,000, soaring above its £500 top estimate. 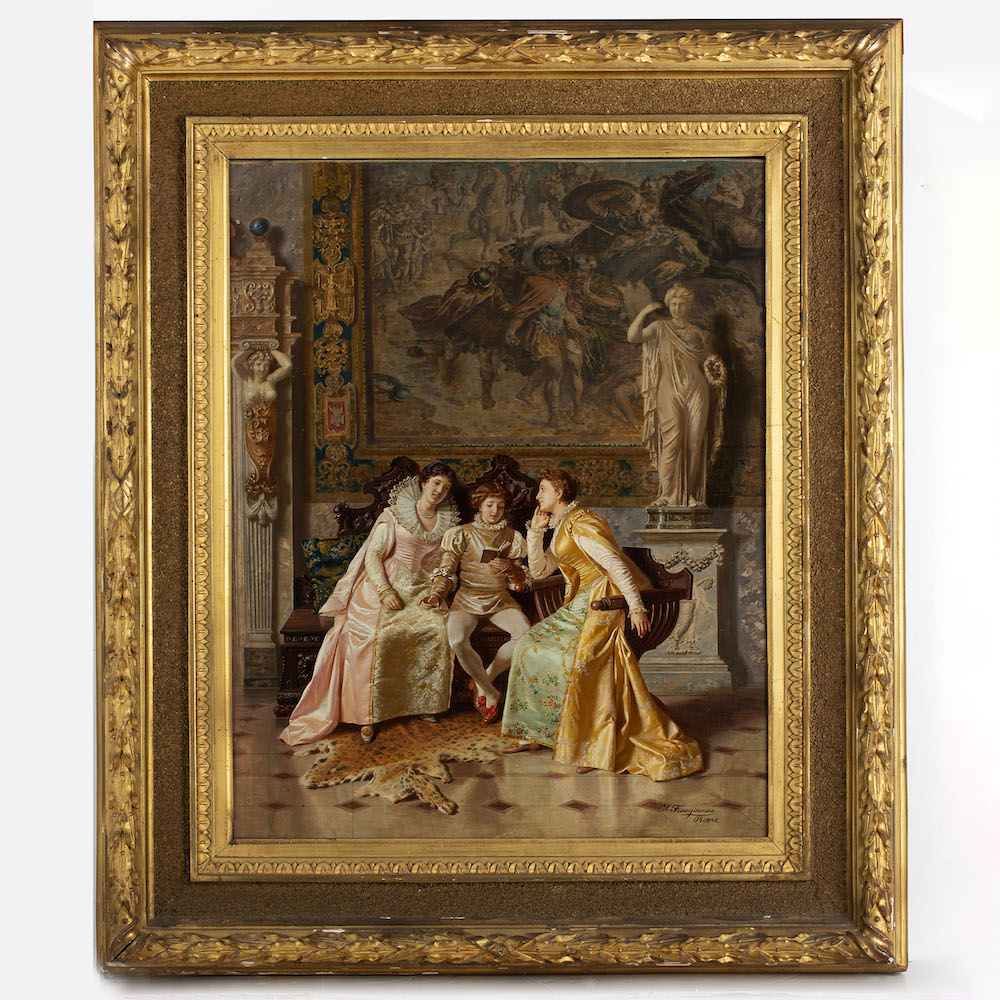 Charles Jones (1836-1892) was a Cardiff-born artist, known for his paintings of sheep, cattle and deer, earning the nickname Charles ‘Sheep’ Jones due to his realistic portrayal of these animals. An oil painting depicting a flock of sheep on a coastal hilltop, signed and dated 1877, was a great example of his skill and artistry. This achieved a hammer price of £3,400 (near mid estimate) and went to a trade buyer.

With the recent release of ‘No Time to Die’, the James Bond franchise is once again at the forefront of public attention, and featured in Mallams’ Art and Music Sale, was a painting by one of the actors that appeared in the 1973 Bond film, ’Live and Let Die’. Geoffrey Holder (1930-2014) played the Voodoo villain, Baron Samedi, and apart from being an actor, dancer and choreographer, he was also a celebrated painter, winning a Guggenheim Fellowship in fine arts in 1956. His 1953 oil on canvas work entitled ‘A Sleeping Boy‘ sold to a trade buyer for £1,000.

Musical instruments also performed strongly in the sale, and a two-manual green painted harpsichord, with the inscription ‘Thomas Kilpatrick Sheffield 1981‘, on the fascia panel, sold for £4,600, almost four times the high estimate. 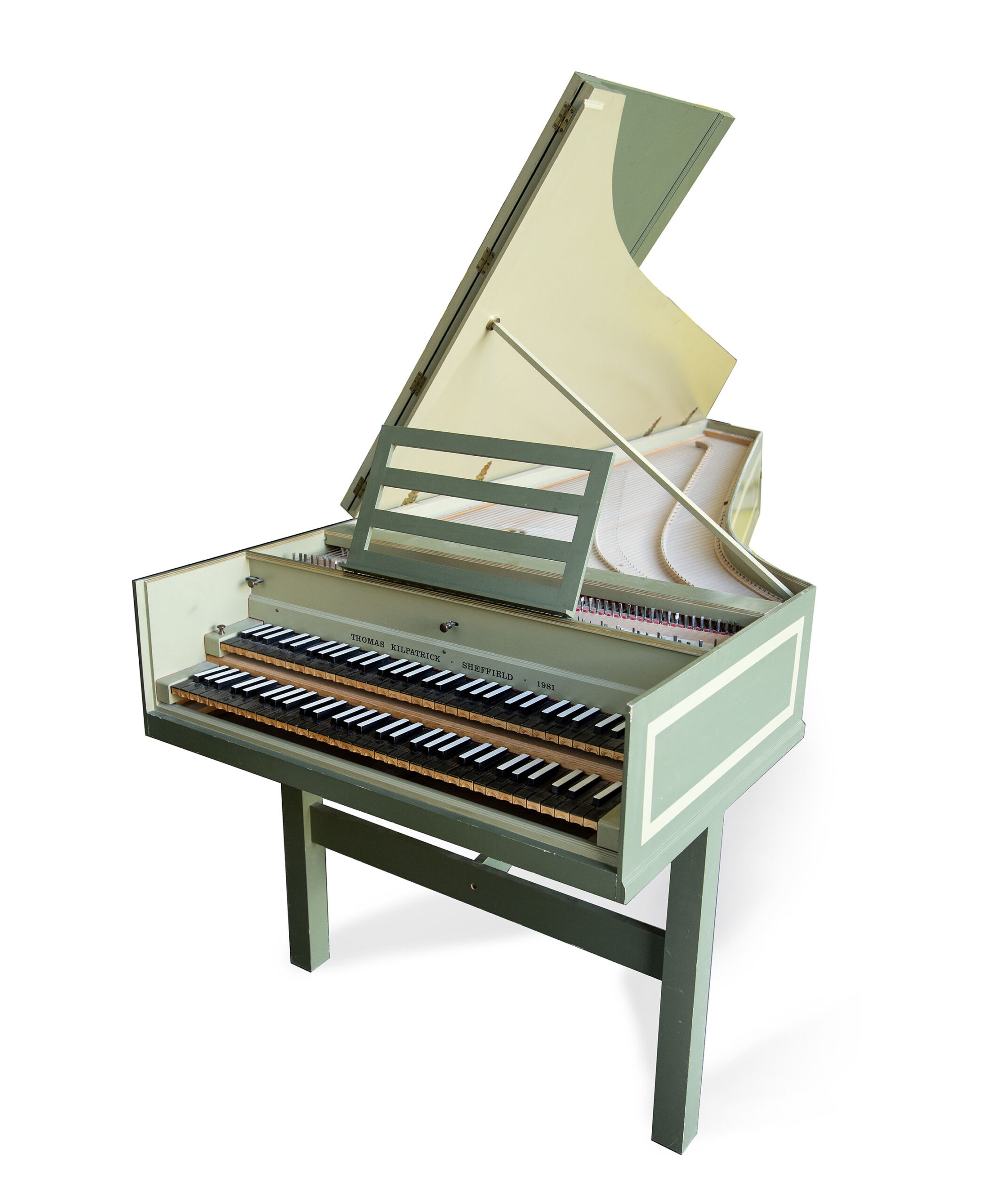