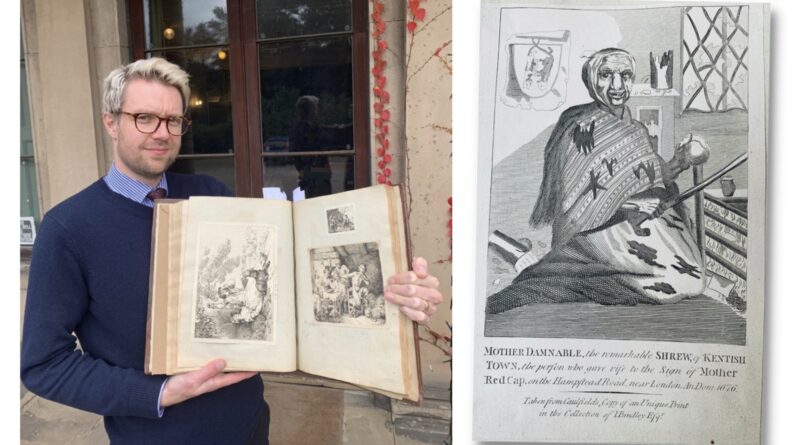 A spooky centuries-old, spine-chilling scrapbook featuring ancient witches, a woman who grew horns, a ‘Remarkable Shrew’ and an Irish giant has been unearthed at a Derbyshire auction house. 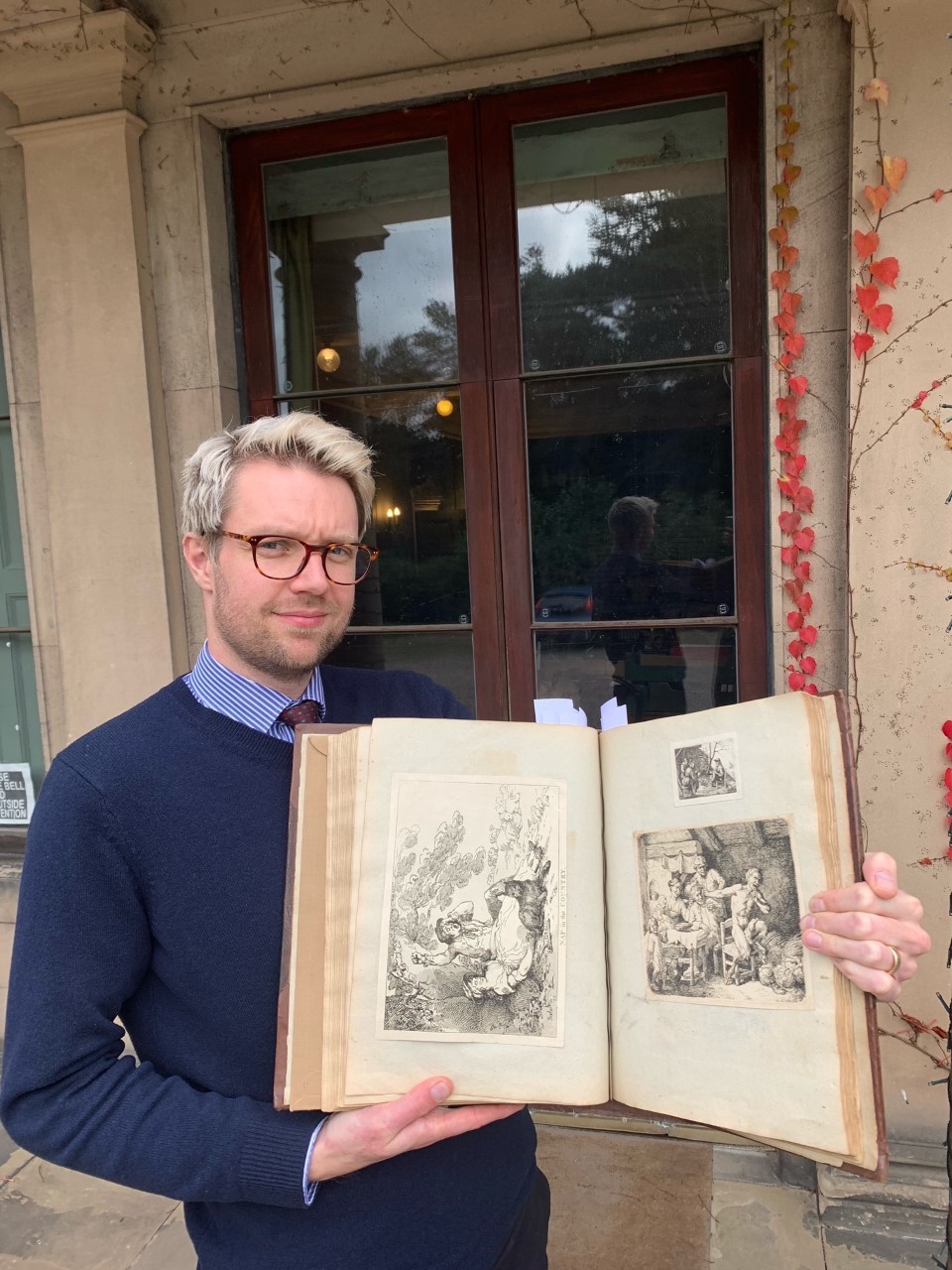 The late-Georgian scrapbook, compiled circa 1790-1820, includes a multitude of engravings of strange and quirky characters from 200 years ago. They include Mary Bateman, ‘The Yorkshire witch’ and Mrs Mary Davis of Great Saughall, near Chester. The scrapbook states, ‘an excrescence grew upon her head which continued 30 years and grew into two horns’. 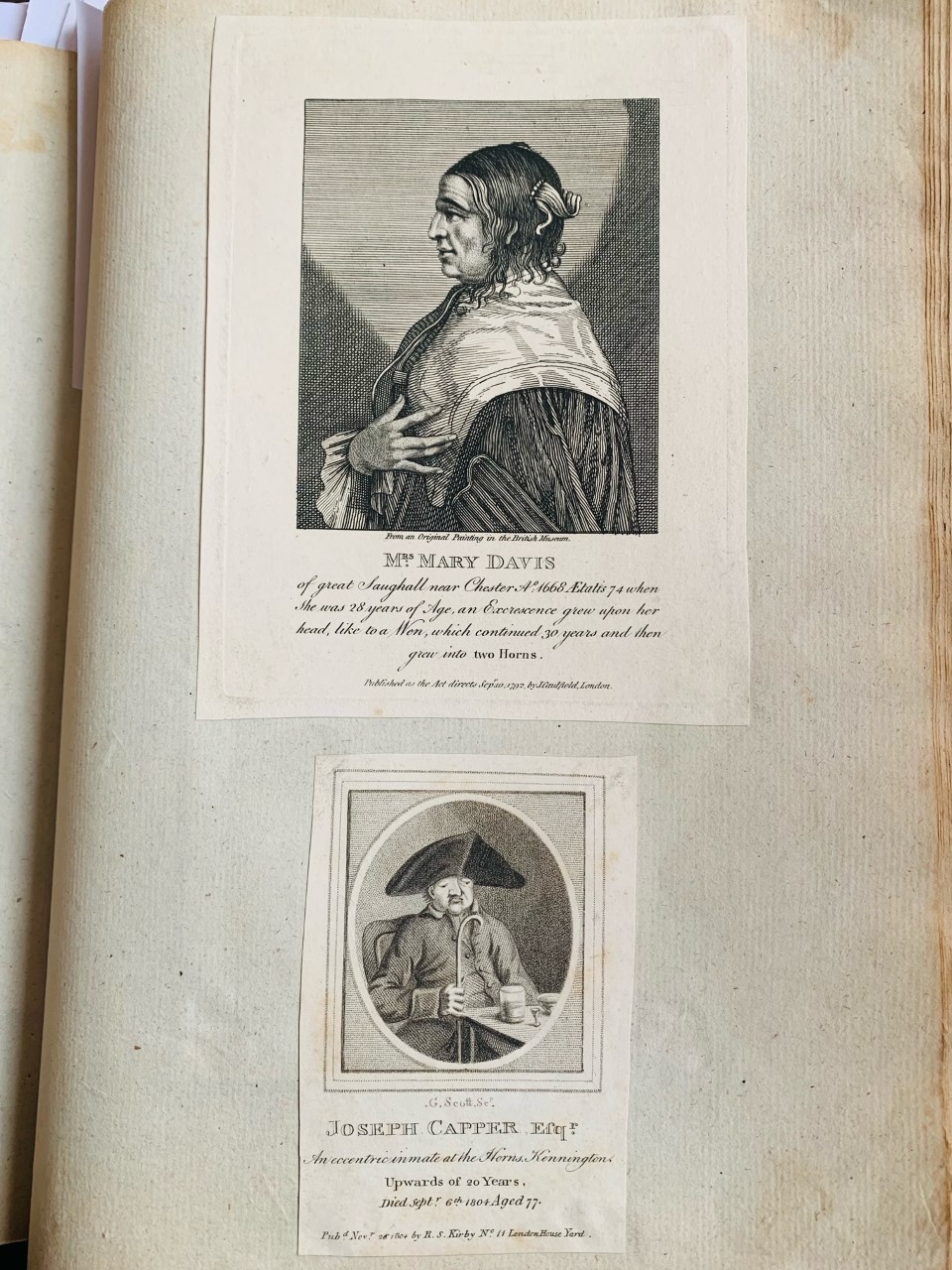 Other pages show the front and back of a mermaid displaying giant, floppy hands, a serpent-like tail and pointed head and ‘Mother Damnable, the remarkable Shrew of Kentish Town’.

Then there’s Mr Henry Blacker, ‘The Irish Giant’ who is pictured towering over a room full of men; Joseph Capper, an ‘eccentric inmate at the Horns, Kennington’, and ‘The true effigies of James Whitney, the notorious highwayman’.

The item was discovered by Jim Spencer, antiquarian books expert at Hansons Auctioneers. He said: “What a timely find to coincide with Halloween! I love old scrapbooks, the idea of someone compiling all these clippings around 200 years ago, perhaps perusing the spooky characters by candlelight.

“Most scrapbooks I unearth are Victorian, dating from the 1870s, featuring cute puppy dogs, sentimental ‘chocolate box’ scenes and pious greetings cards. They always sell for a lot of money but they’re not terribly exciting.

“Georgian scrapbooks are quite different, with grotesque or bawdy caricatures, peculiar personalities, biting political satire, criminal broadsides and ballads. This album includes some gentle cartoons by Rowlandson, some attractive stipple engravings by Bartolozzi, and some earlier 17th-century engravings after van Dyck. 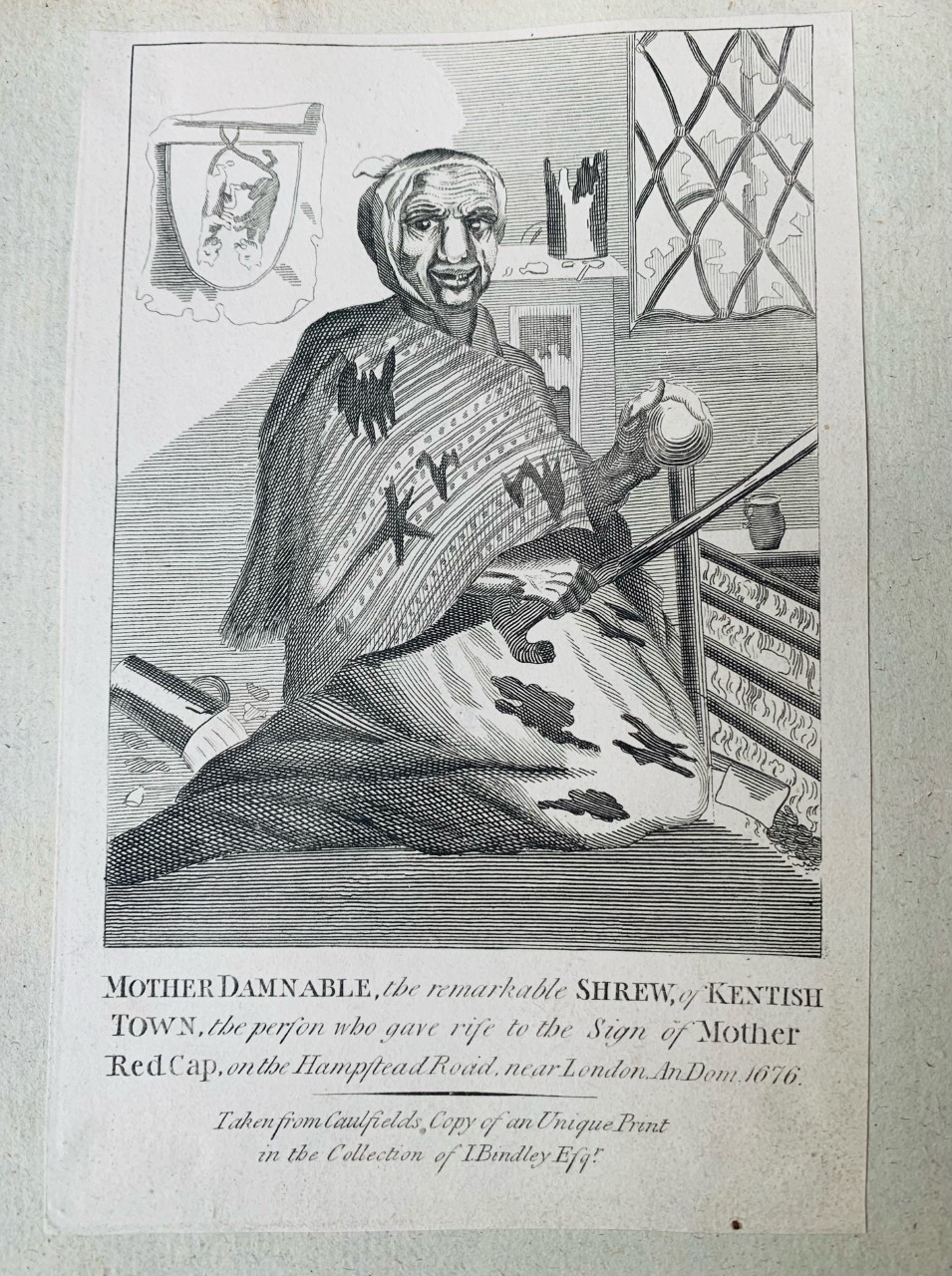 “But it’s the portraits of these characters that will tickle the public’s imagination while we’re busily carving pumpkins and grabbing our broomsticks. The portrait of James Whitney, who was regarded as a ‘gentleman highwayman’, intrigues me. This was a fashionable outlaw of the 1690s, long before the dandyism of Beau Brummel, but evidently with the spirit of Adam Ant.

“The album includes depictions of fashionable women wearing beauty patches, and drunken men wearing wigs. It was kept around the time of the Napoleonic Wars, and indeed we see a couple of portraits of Nelson and Napoleon.

“It belonged to Stanley Austin, a notable author on artists and the history of engraving. This explains why the material is so wide-ranging and interesting, from Old Master etchings to droll cartoons. The current owner is a descendant of Austin, and, having treasured the album for many years, would like it to be celebrated and find a good home rather than being kept in a cupboard. I was delighted when they showed it to me with some other books, it’s just the sort of thing I love. It’s been a pleasure assessing and cataloguing it.”

The scrapbook, estimate £300-£500, is due to be sold in Hansons’ December 14 Library and Harry Potter Auction.