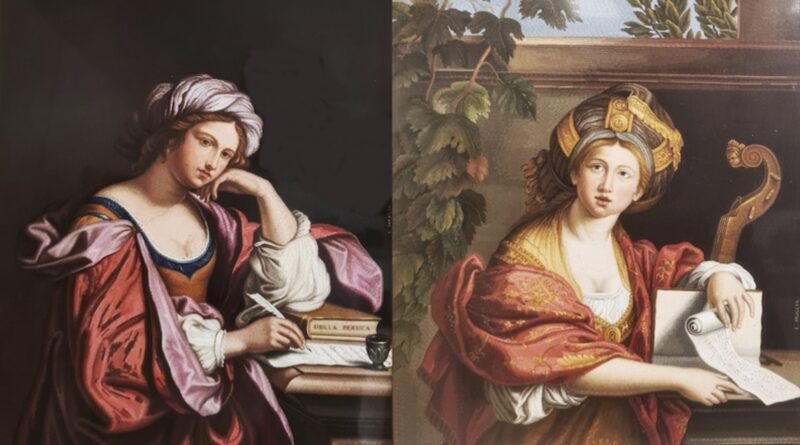 Auctioneers Elizabeth Poole and Lindsey Braune were delighted when an Asian buyer triumphed over the online under-bidder to take the pair at £100,000. 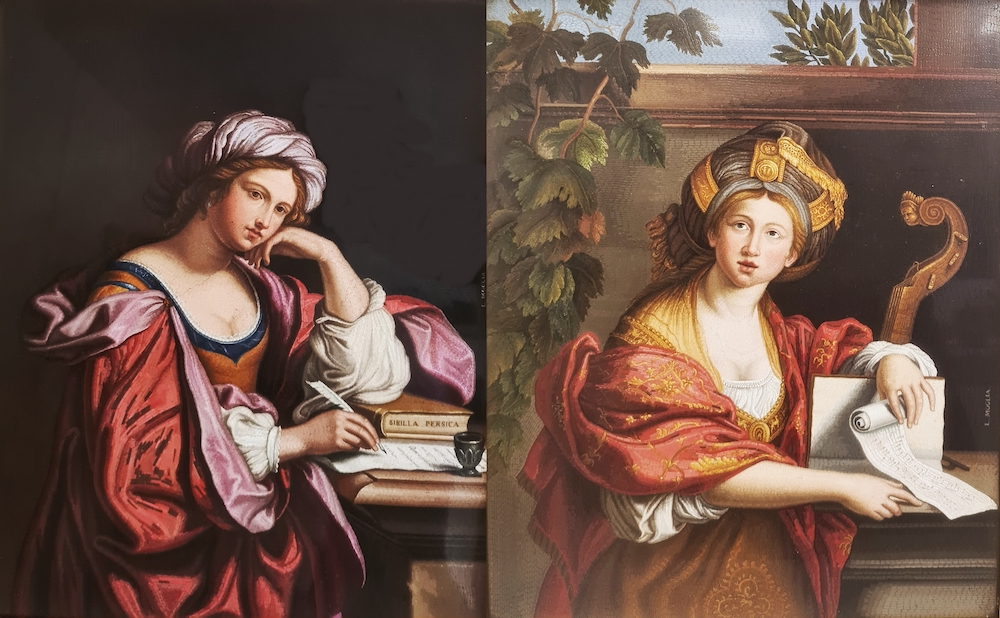 Micro-mosaics are usually found in small tablets or even as jewellery and it is extremely rare to come across not one, but a pair of full-sized classical portraits.  These were the Cumaean Sybil and the Persian Sybil, ancient priestesses, worked in unbelievable detail in fine glass mosaic by Luigi Moglia (1813-1878).  Auctioneer Elizabeth Poole, who catalogued them at a property near Cheltenham, where they had happily sat on the wall for several decades, commented “My initial impression from across the room was that this was a fine pair of oil paintings, however on closer examination the minute mosaic workmanship could be seen.  They were quite breathtaking!”.

Similar pieces come to the market so rarely, the auctioneers placed a conservative estimate of £10,000 to £20,000 on them. Interest prior to the sale came from all over the world, including American and Italian collectors, London galleries and local trade interest, bidders in the room and online.

These pictures came from a local deceased estate near Cheltenham, where a family member had built up a sizeable art collection in the mid-20th century and quite possibly purchased the pair of mosaics at that time.

Also in the sale was a rare and important pastel portrait of George Washington, first US President, by British artist James Sharples (1751-1811) in profile, 23cm x 18cm. This picture was formerly at Bowden Hall in Upton St Leonards, near Gloucester and has also remained in a family collection. It was believed to have once been owned by 19th-century British collector Jeffery Whitehead and exhibited in London twice in the late 19th century, before being sold as part of Whitehead’s collection by Christies in London in 1915. This portrait sold to a London telephone buyer at £25,000. 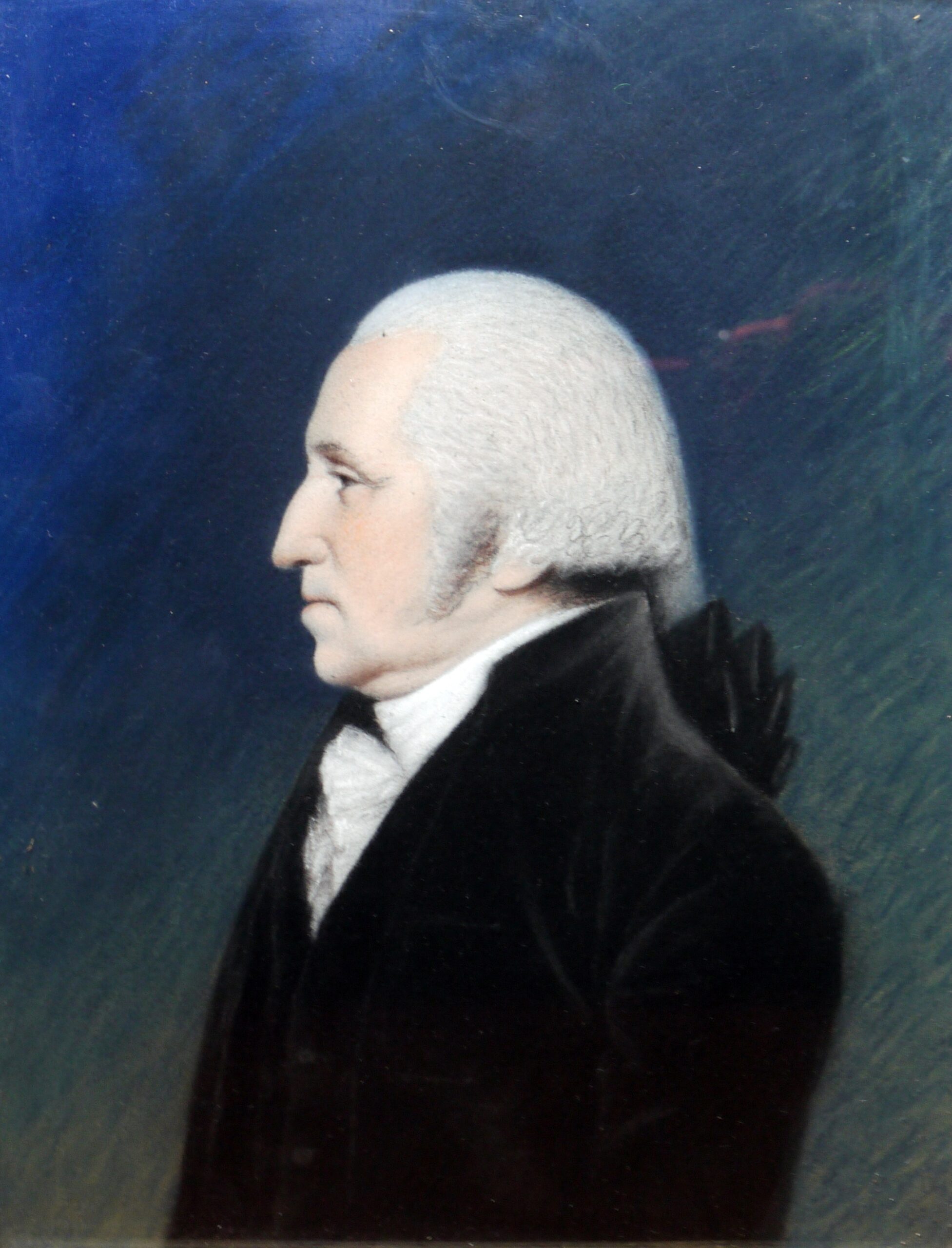 Other stand-out pieces in this Cotswold Auction Company Autumn sale were a tall and imposing polished white stone garden statue, female nude, attributed to Paul Vanstone (b.1967) and this raced away from its estimate of £1,500 to £2,000 to realise £5,500, selling to a buyer in the room. 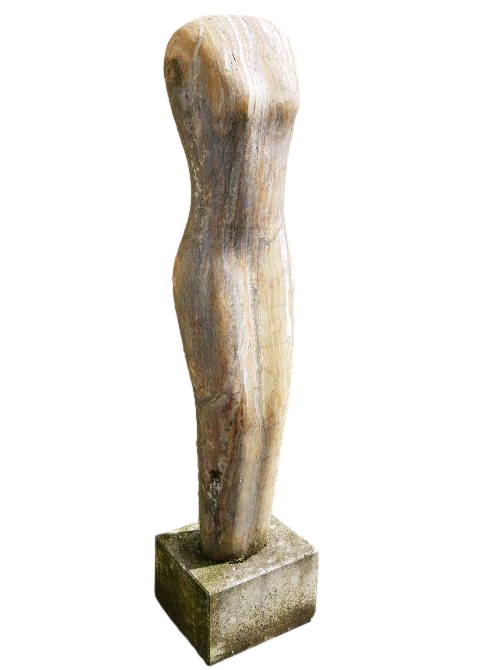 Channel Islands buyers are always on the lookout for artwork of these beautiful islands and an oil by Henry King Taylor (shipping off Mount Orgueil, Jersey), ex-Omell Gallery stock, again exceeded estimate at £3,400. 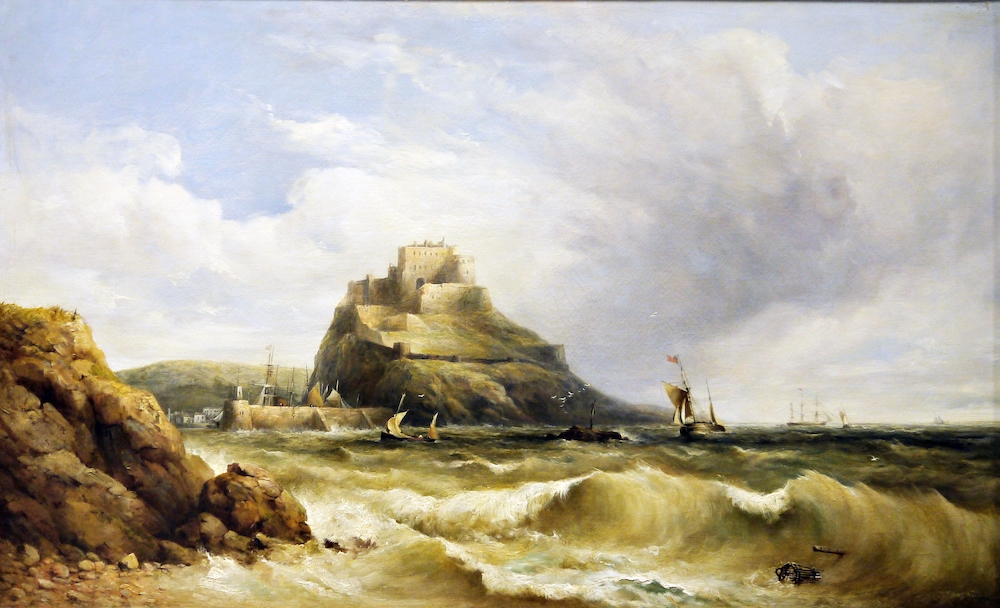 An Antoine Blanchard oil, Paris street scene with Notre Dame, brought £2,100, a Jacques Emile Blanche half-length portrait of a young man came in at £1,750, while a charming 18th-century portrait of a lady in pearls sold at £1,400. 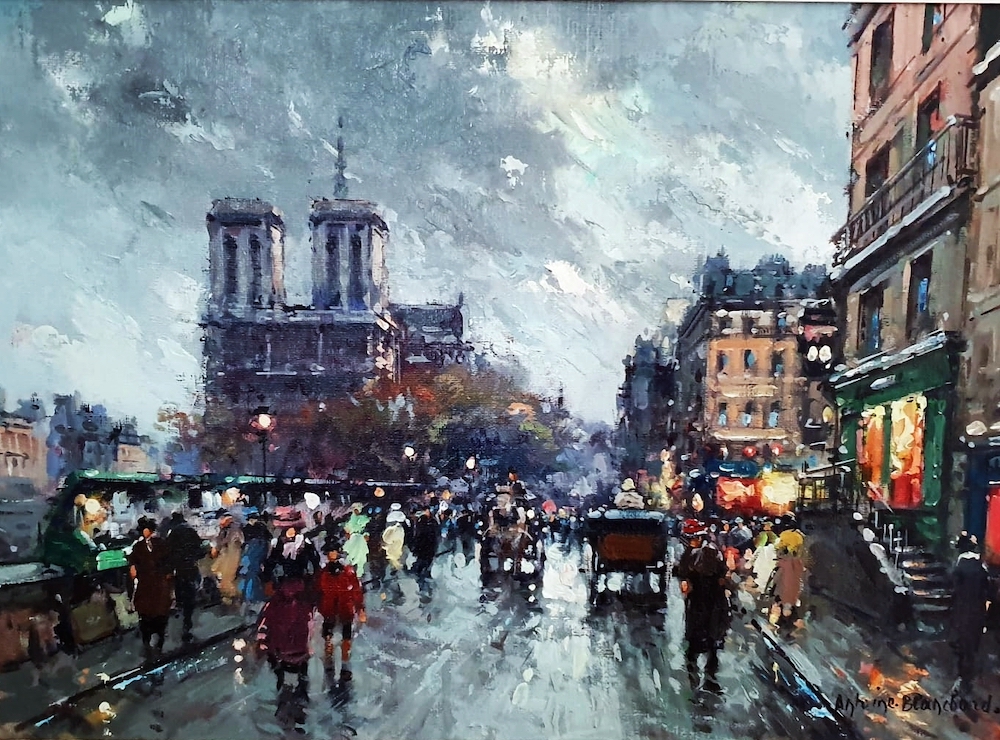 Elsewhere, an unusual Globe Wernicke sectional bookcase including two corner sections sold online at £2,300 while a pair of Howard & Sons-style armchairs came under the hammer at £2,000.