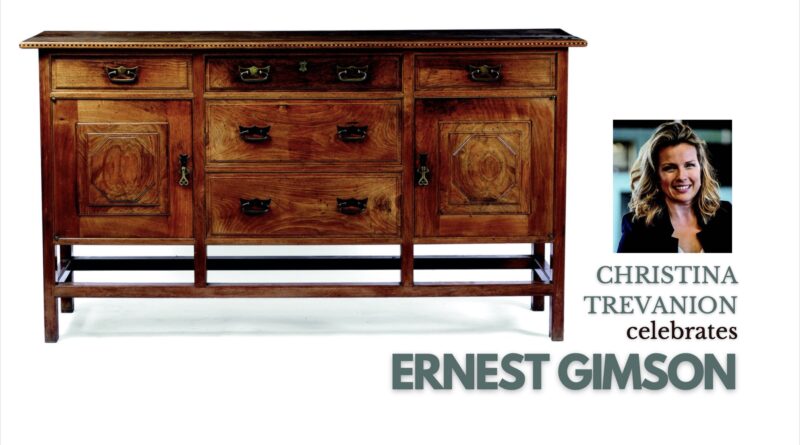 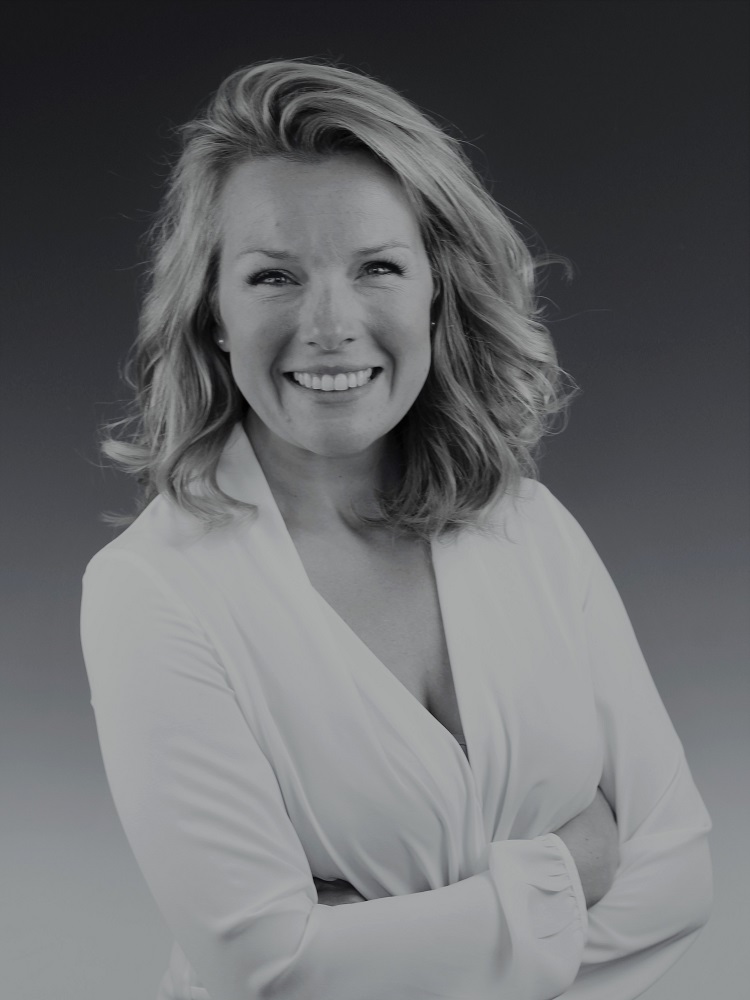 Christina Trevanion pays homage to one of the great designer architects of the arts and crafts movement, Ernest Gimson

As you may have gathered by now, the arts and crafts movement is one of my favourite periods, it was responsible for some of the most unique and beautiful pieces we see in the market today.

One of its central beliefs was that the 19th-century domination of mechanisation and industrialisation negatively affected not just the quality of manufactured goods, but also the social conditions of the people who produced it.

I recently spotted what I suspected was a table by one of the movement’s key figures during a routine house call. The table in question had sat quietly in the dining room of my clients’ house for decades, until they decided they wanted to downsize.

It was instantly recognisable as a turn-of-the-century oak dining table – not something that would normally pique my interest. But it wasn’t until we pulled away the six George III dining chairs tucked underneath it, that my nose started twitching.

Beneath the tabletop was the most incredible wishbone-shaped strut – not something you would expect to see as a table base. When it was revealed, in all its architectural loveliness, it was reminiscent of an ancient church roof. I quickly added ‘Arts and crafts?… Gimson?’ to my notes and began my research. 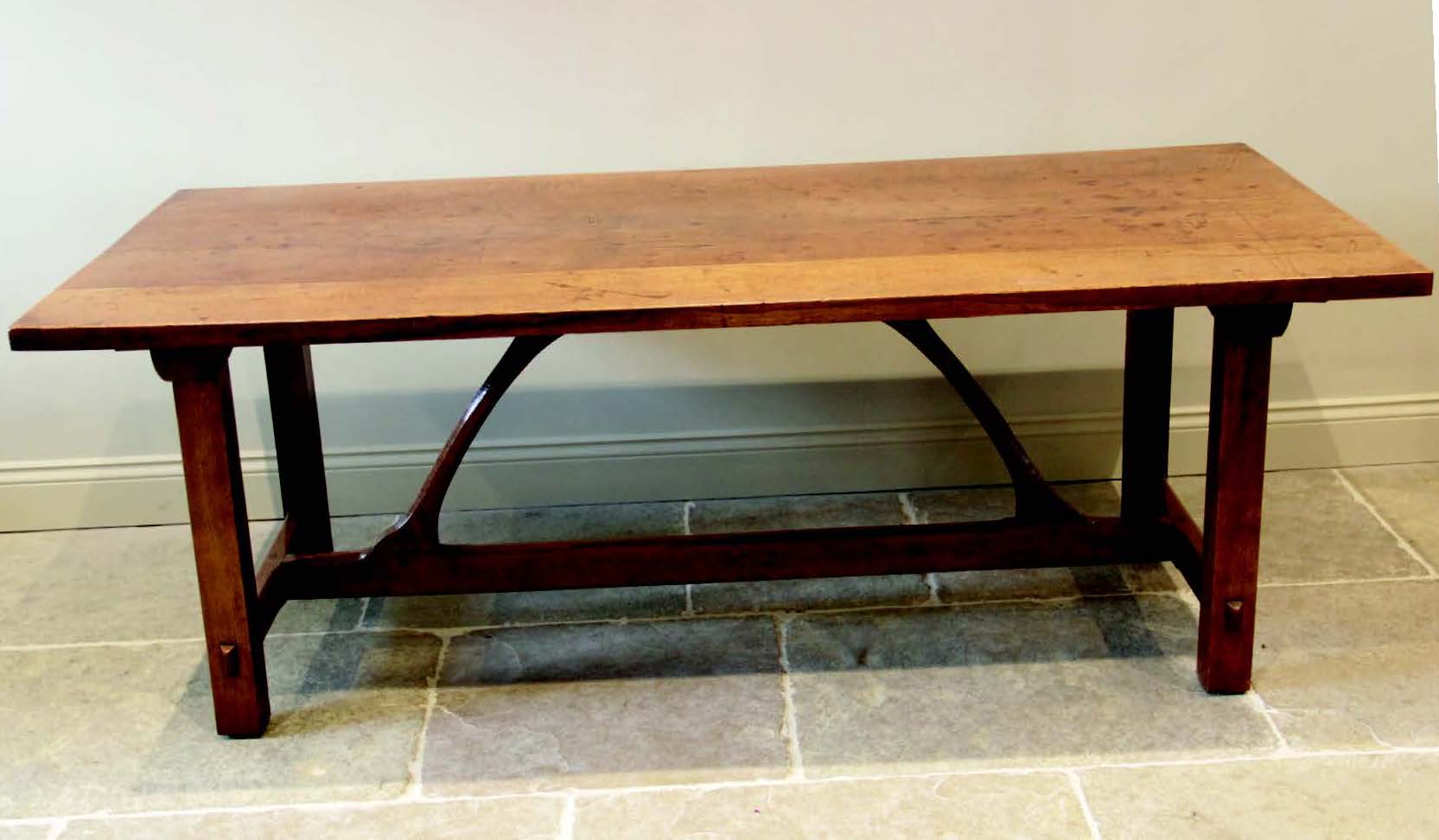 Ernest Gimson (1864-1919) was credited by the great art critic Nikolaus Pevsner as “The greatest of the English architect-designers”, and it is clear to see why he is considered one of the most influential designers of the British arts and crafts movement.

Born in Leicester to a large family, Ernest’s father Josiah Gimson founded and ran the engineering firm at the Vulcan Works adjoining the Midland Railway. The Gimson family was prominent in the Leicester Secular Society, and it was here that the 19-year-old Ernest met William Morris after he spoke at one of its meetings.

Morris championed handmade production that didn’t chime with the Victorian era’s focus on industrial ‘progress’. Ernest greatly impressed Morris who steered him towards his subsequent career.

Having moved to London with letters of recommendation from William Morris, he continued his training under the influential architect John Dando Sedding, becoming directly involved in the details of buildings. Moreover, Sedding’s practice sat next to that of Morris & Co., giving Gimson a first-hand insight into early developments of the arts and crafts movement. 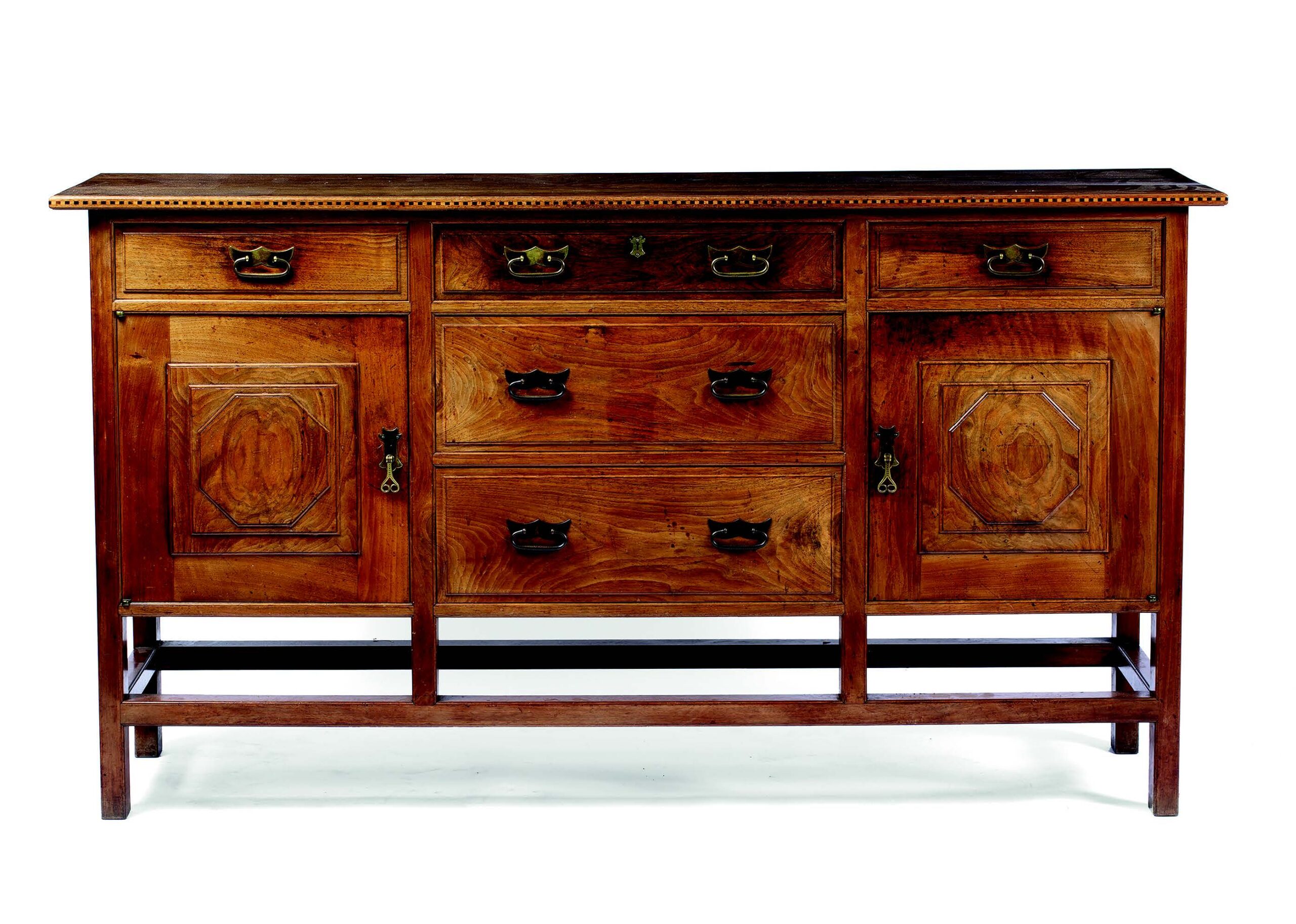 Although probably better known now as a furniture designer, over the course of his career Gimson was responsible for numerous buildings as well as the furniture within it.

He also remained true to Morris’s ideal that “Nothing should be made by man’s labour which is not worth making, or must be made by labour degrading to the makers.”

There is just something so beautifully pure about Gimson’s work. Not only do I love the pieces themselves, I also admire the ethos behind how they were created.

It has been an absolute joy for me to learn more about Gimson and his life and works. The celebrated etcher and collaborator FL Griggs said: “There can be no doubt, I think, that Ernest Gimson was a great creative genius, in temperament and in all he did a very English genius.”

From all I have learnt about him so far, I couldn’t agree more.