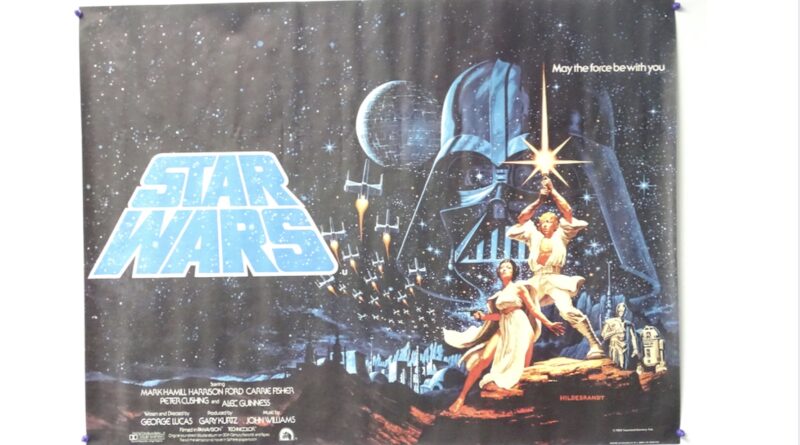 One of the rarest and most coveted Star Wars posters originally produced for the 1977 film is to be offered in a special auction of sci-fi, movie, tv and music posters at Excalibur Auctions on November 6.

The film it was designed for was the Hildebrandt Brothers version for: Star Wars: Episode IV – A New Hope. 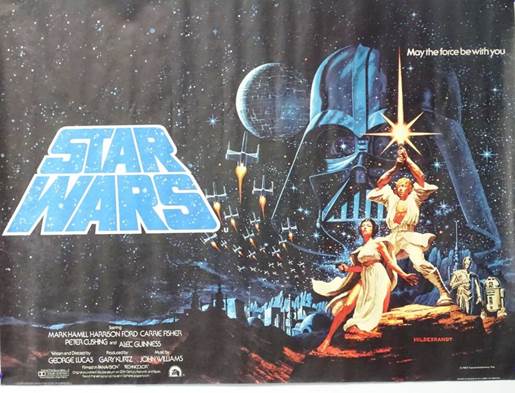 After a very limited release of 1-2 weeks, this poster was withdrawn and replaced with the more commercial ‘Style C’, featuring Tom Chantrell’s artwork, a firm favourite with fans and more in-keeping with the fantasy aspects of Lucas’ space saga.

This version was rated a score of 5.0/6.0 by starwarsmovieposter.com for rarity, making it the second rarest Star Wars poster ever and it was given a 10/10 rarity rating by the industry bible for Star Wars posters, Stephen Sansweet’s aptly named Star Wars Poster Book.

This iconic poster is in excellent, original rolled condition (as issued), and is totally unfaded, bearing its’ original deep unfaded dark colour tones.

Commenting on the poster, Jonathan Torode, Excalibur Auctions specialist in charge of the sale, said: “This poster is the holy grail for avid Star Wars fans! Because such a small number of them were issued they are incredibly rare and therefore not seen on the market very often. We anticipate very competitive bidding for it on the day.” The poster carries a conservative estimate of £5,000-£6,000 but it is expected to go for much more. 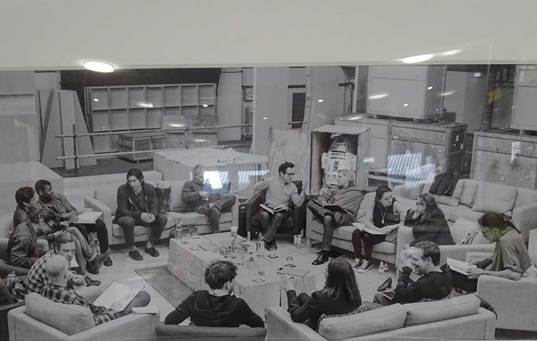 One lot in the sale offers an inside peak into the making of the Star Wars films, as it comes directly from a private individual that worked in the film industry for over 25 years. It is a large, limited edition black and white photograph featuring the original cast at the first script read-through for the film Star Wars: The Force Awakens (2015).

The photograph shows the original cast favourites Harrison Ford, Carrie Fisher and Mark Hamil, plus all of the new cast members. Framed in perspex and featuring the etched Star Wars logo, it is in its original box and therefore is as new condition. It carries a conservative estimate of £200-£400.