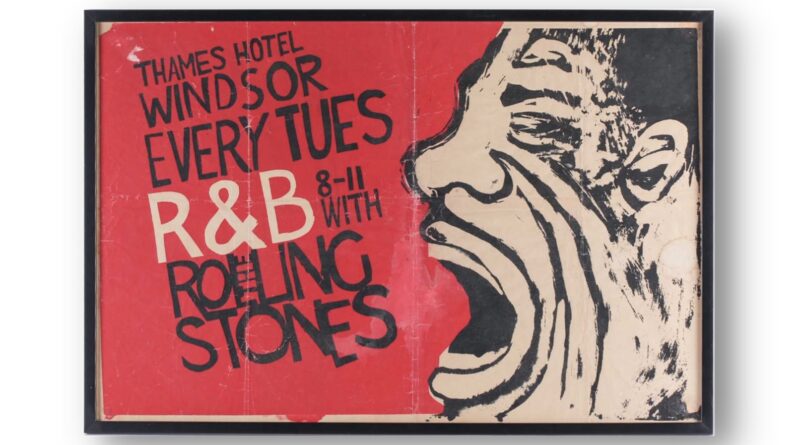 An original 1960s poster for the Rolling Stones has sold for £30,000 in a sale at Berkshire and London auctioneers, Dawsons.

The poster was used by legendary rock band to promote one of their gigs in Windsor back in the 1960s. Dawsons said that their bespoke digital marketing ensured that this wonderful poster was promoted to a huge global online audience and directly marketed to rock memorabilia and Rolling Stones collectors alike. Subsequently, the poster attracted a great deal of interest both in the UK and internationally. 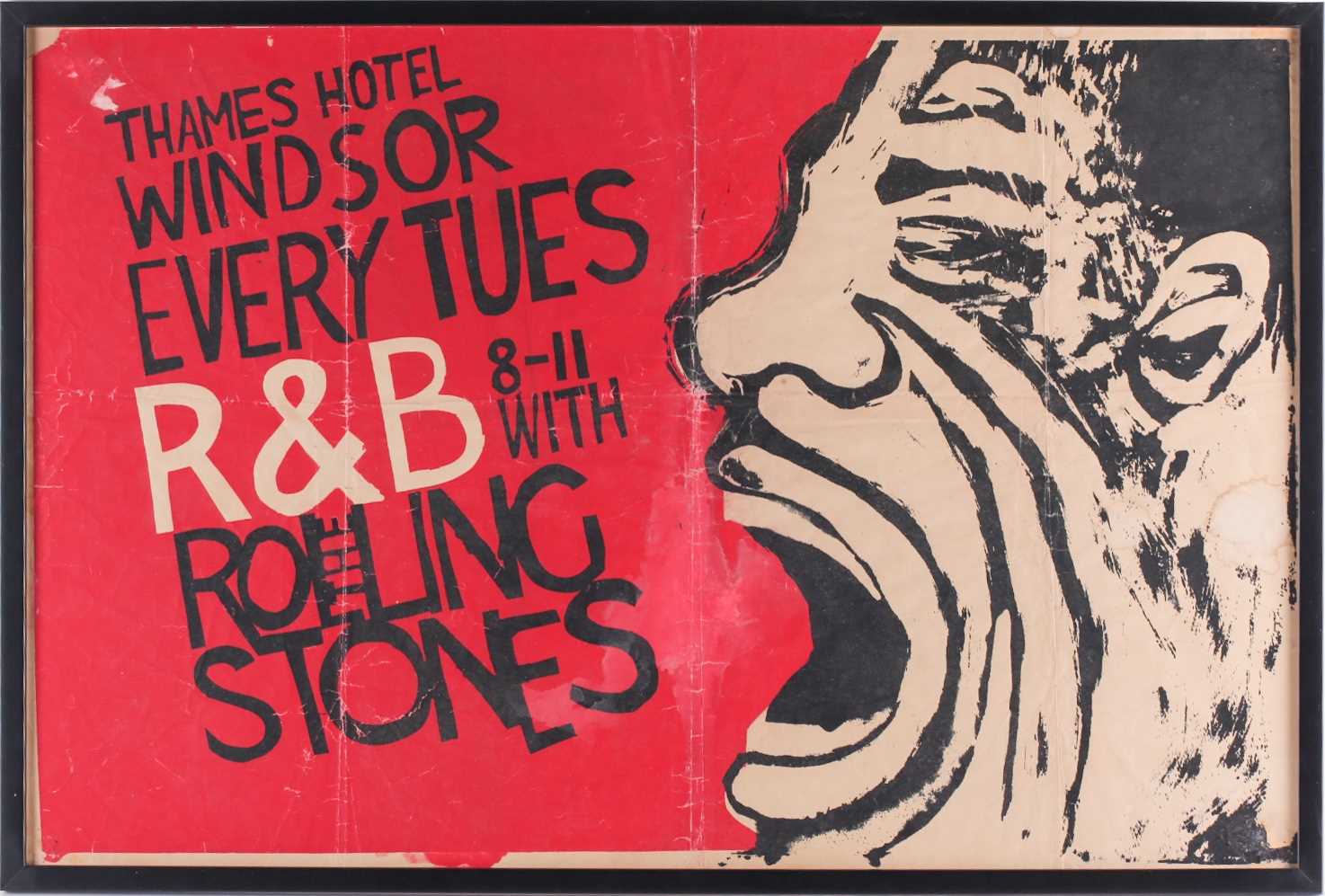 The original early 1960s promotional concert poster, which was from the Ricky Tick R&B club night at the Thames Hotel, Windsor, was glazed and in a contemporary frame.

The poster was designed by Bob McGrath, who produced a number of designs for the Ricky-Tick club, and he was also the leader of the Hogsnort Rupert R& B band. The design features on the cover of the book ‘As You Were‘ by John and Colin Mansfield (2019).

The Stones first played at this venue in 1962, and appeared there again approximately forty times over the next two years.