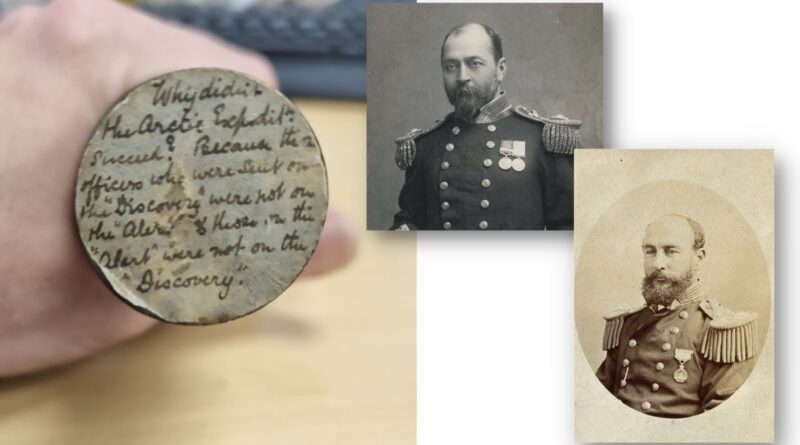 A cryptic inscription included with polar material which has been consigned for sale at Ewbank’s in Surrey has been found to point the finger of blame for the failure of the 1875-6 British Arctic Expedition. 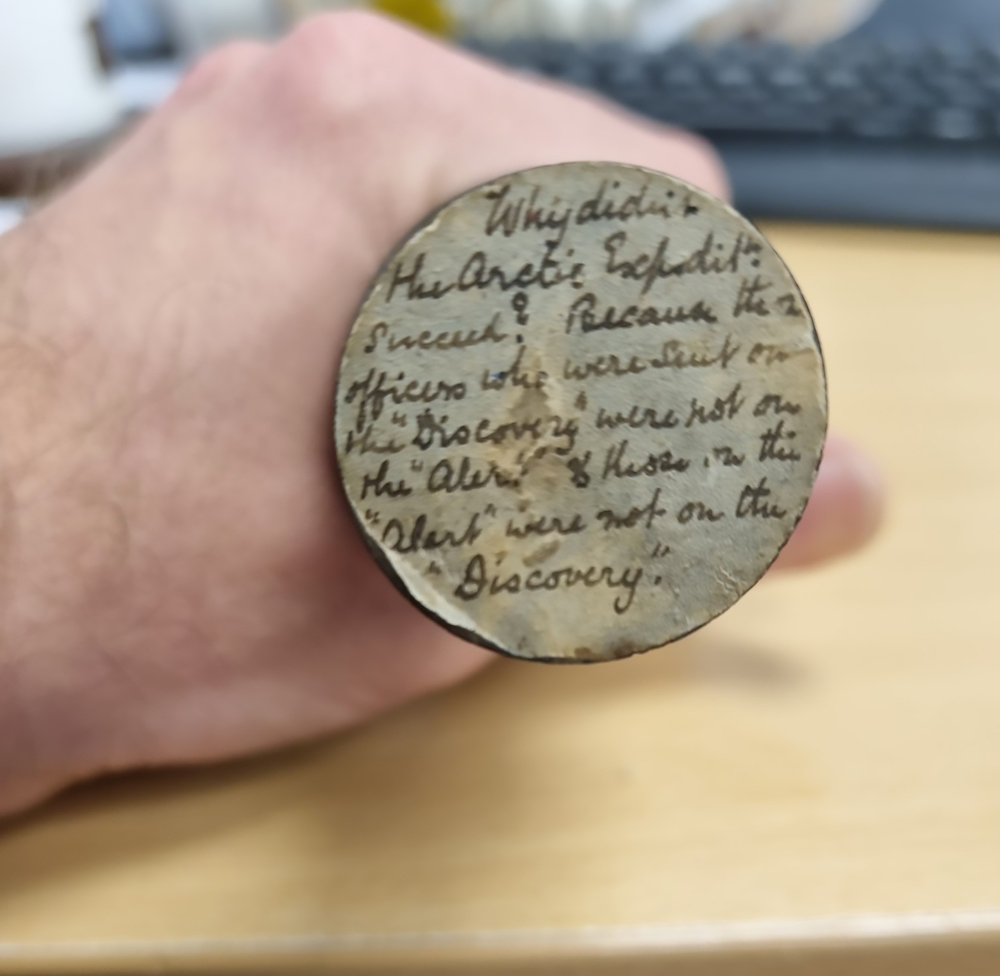 Research by the auction house revealed that the inscription has a double meaning, playing on the names of the two ships sent on the expedition under the overall command of Sir George Nares. 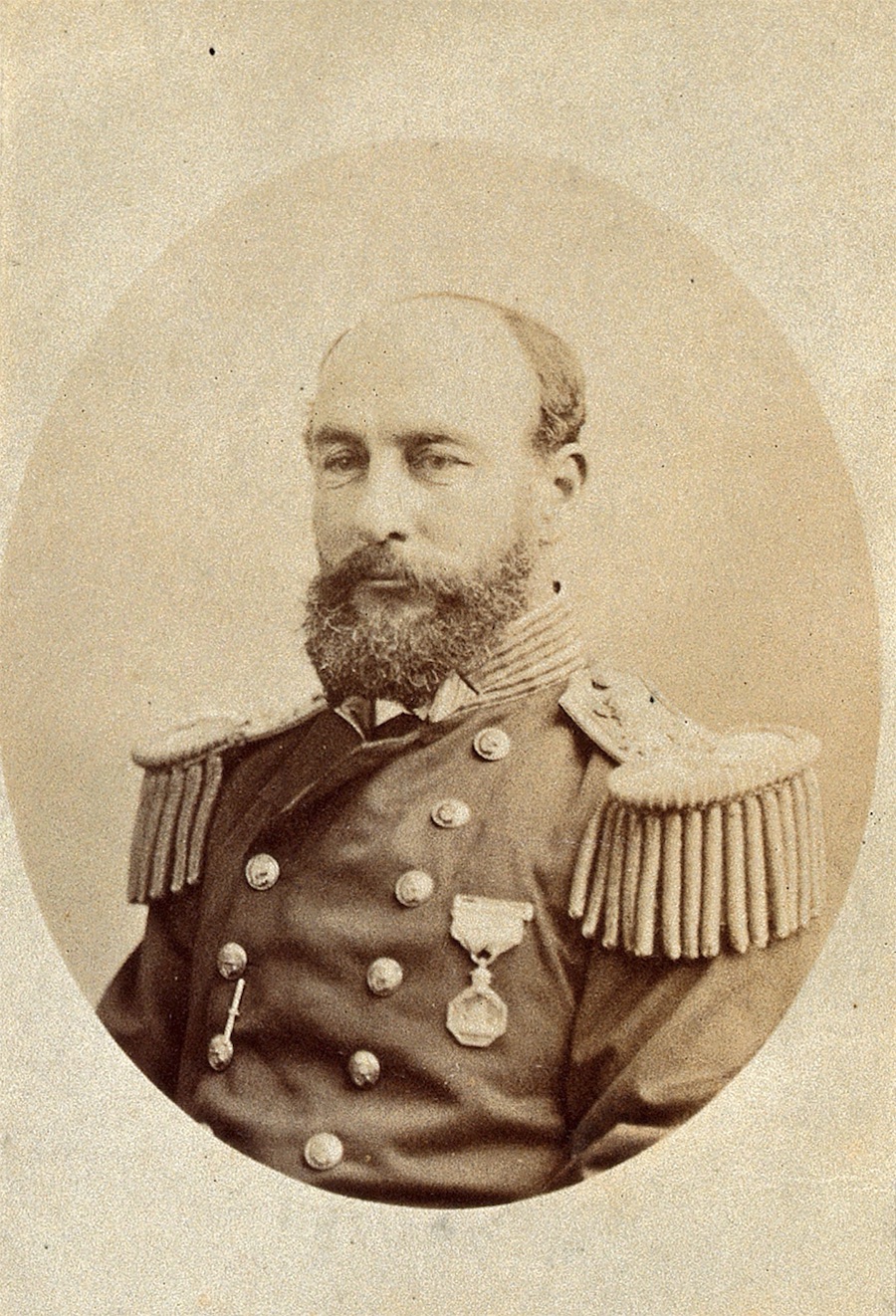 Setting sail from Portsmouth on May 29, 1875, Nares had been given command because of his previous experience in the Arctic, and although ultimately a failure, the mission was the first to make its way north through the channel between Greenland and Ellesmere Island – now named Nares Strait in his honour – to the Lincoln Sea.

They had hoped to find an open polar sea thought to surround the North Pole, but were confronted instead with a wasteland of ice. 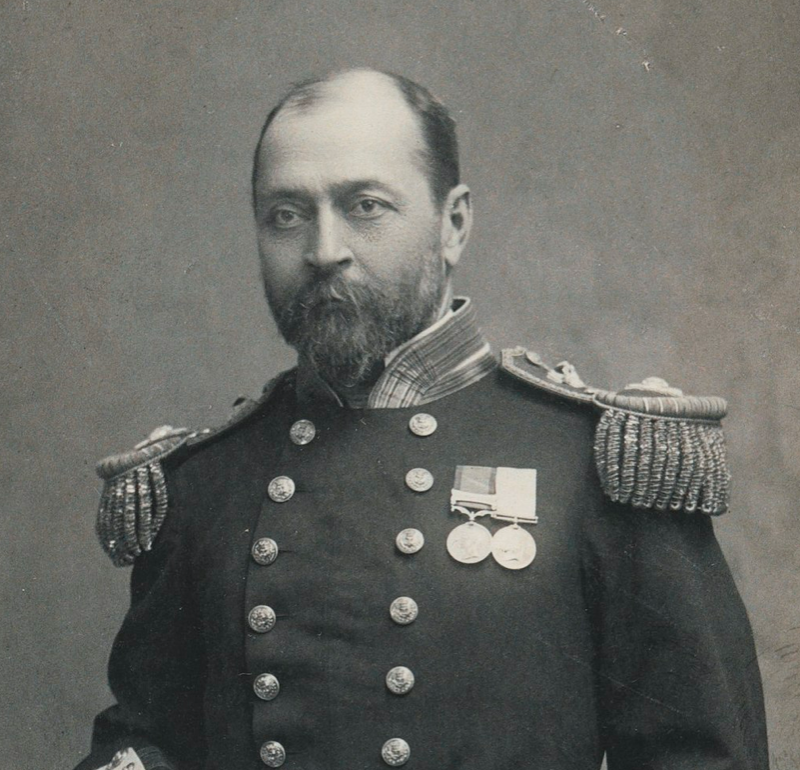 Nares dispatched his second in command, Albert Hastings Markham, with a team of men and sledges. They headed north, aiming for the Pole. As his own detailed account of the expedition revealed, however, Markham’s failure to take the correct stores with his team cost them their place in history as the first men to make it to the Pole.

It was a costly and almost fatal error. The expedition had suffered severely from scurvy, a deadly condition caused by deficiency of Vitamin C. This made it essential for Markham, who commanded the Alert, to include a supply of frozen lime juice in his team’s stores, but he chose to leave it behind because of difficulties with defrosting it.

Although Markham and his team set a new record for travelling the farthest north at 83° 20′ 26″N – just 400 miles short of the Pole – the expedition proved a near-disaster because of a fresh outbreak of scurvy, as well as inappropriate clothing and equipment.

Nares, who remained behind in command of Discovery, became acutely aware of the dangers of braving another winter on the ice and so, when Markham and his team came back, led both ships back southward in the summer of 1876.

A heroes’ welcome awaited the expedition on its return to Britain, but was followed by a public enquiry and recriminations when Markham’s poor judgment in setting out for the Pole without the vital stores came to light.

What was not made apparent at the time, but became clear from Nares record of the expedition, was that the ships’ crew were already suffering from scurvy when Markham set off with his sledging team, making his oversight all the more culpable, both in its failure to protect the men and in the consequent abandonment of the Pole attempt.

Markham used his later account of the expedition to excuse himself and pour scorn on those who had criticised him.

The following is from The Great Frozen Sea, A Personal Narrative of the Voyage of the “Alert” by Albert Hastings Markham (see paragraphs 237 and 238, Chapter XIX, Details of Sledge Travelling.

Since our return to England, fault has been found with our leader because lime-juice was not included in the scale of dietary for the sledges, during April, as a daily ration. Our scale of diet was necessarily based on that of preceding expeditions, and we had no reason to expect that we should suffer from that dread disease, scurvy, any more than did our predecessors. Lime-juice had never before been taken as a daily ration by an extended sledge party, and Sir Leopold McClintock, the highest living authority, has since publicly declared that, in following the precedents established by former experience as regards the lime-juice, Sir George Nares acted exactly as he would have done under the same circumstances. Moreover, the lime-juice was supplied in a form that made it impossible to use during an Arctic March, April, or May, away from the ship. It was in bottles or very large heavy jars, and, of course, the moment such vessels were placed near a fire to thaw their contents, in such a temperature, they would have been cracked to pieces. This is a conclusive answer to those who, without experience, and ignorant of the conditions under which we travelled, have expressed opinions on this subject. After May, when it was possible to use it, lime-juice was always taken by our sledge parties as a daily ration. When we came home, the use was suggested of lime-juice lozenges, and the Medical Director General has proposed that lime-juice should be mixed with pemmican. It is certainly very much to be regretted that some such arrangements were not made and carried out before the expedition left England. It will be seen (if lime-juice would really have prevented the attack of scurvy) how terribly we had to suffer from the consequences of the omission. Lieutenant Parr and myself each took two bottles of lime-juice, with the intention of using it when the warm weather of June arrived. It was not possible to use it to any advantage, hard frozen in a bottle, during March, April, or May. 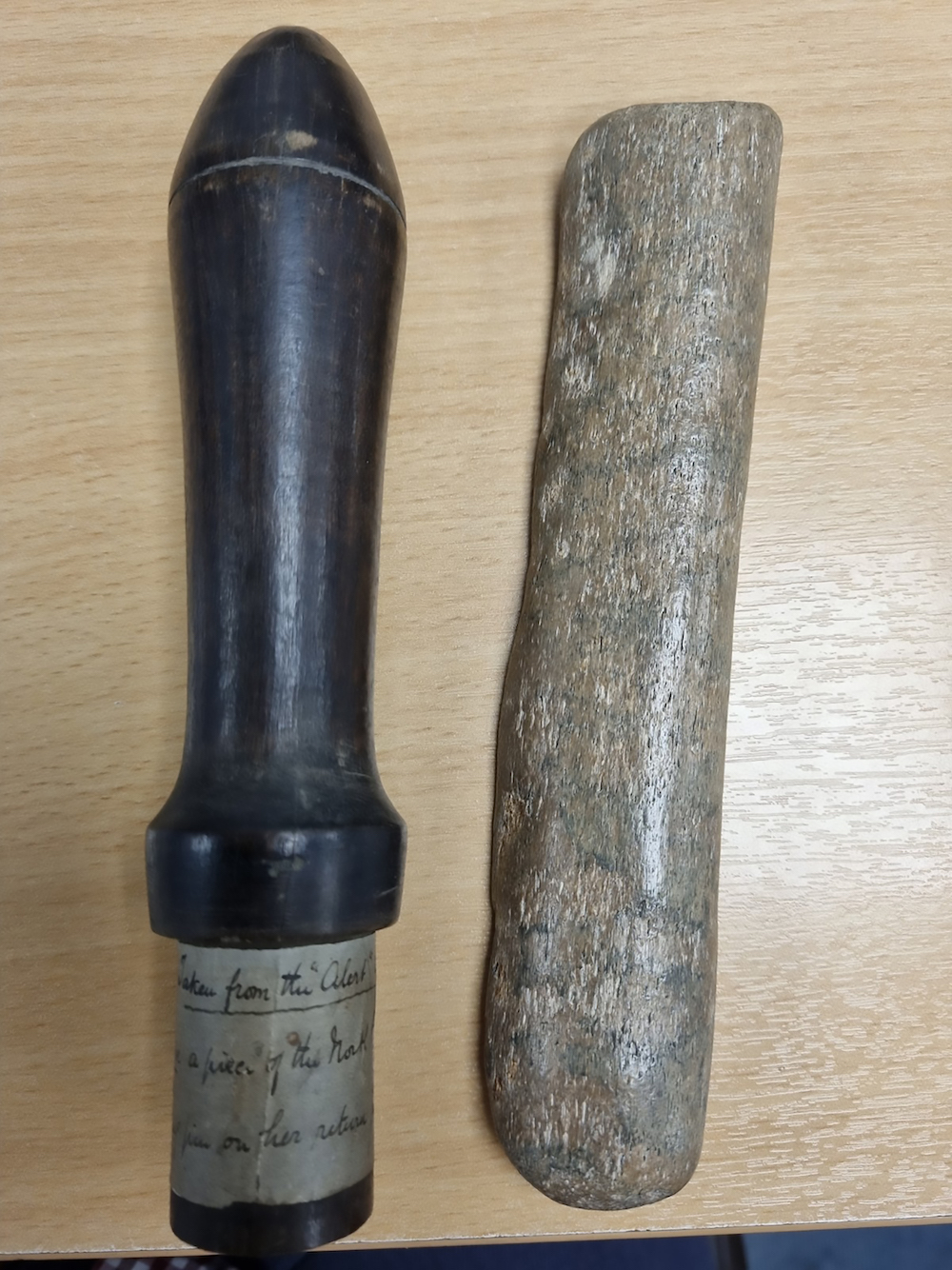 As the inscription seems to believe, had it been Nares who had set off with a sledging team from the Discovery, instead of Markham from the Alert, they would have taken the lime juice and thus might have been able to complete the expedition and reach the North Pole.

Despite the failure of its ultimate goal, the expedition was a success in other ways, notably in its confirmation that no open polar sea existed, as had been thought. In addition, the record Markham set for the furthest exploration North was to stand for nearly 20 years until broken by Nansen in 1895.

Markham went on to design the first national flag of New Zealand and enjoyed a successful naval career, rising to the rank of admiral and also became a KCB.

“It’s sobering to discover that the decision to leave the vital stores behind because they were inconvenient was to prove so costly in terms of health and lives, let alone the impact on exploration itself,” said auctioneer Chris Ewbank.

“Basic conditions were so primitive and knowledge so limited that in many ways it was astonishing that the crew survived largely intact and were able to return. This slip of paper, attached to the end of a modest looking piece of ship’s equipment, may not be the most valuable antique in monetary terms, but as the key to unlocking a fascinating piece of history, it is priceless.”

The belay pin with its papers inscriptions will be offered in Ewbank’s December 3 Antiques auction with an estimate of £60-80.