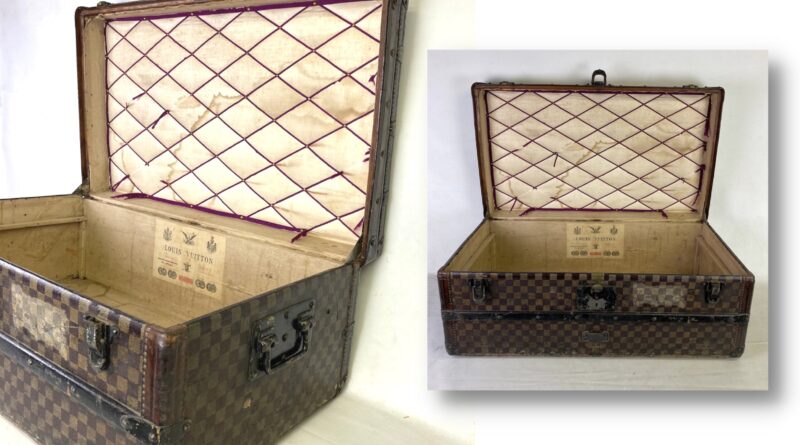 A sought-after Louis Vuitton truck that is believed to date from the beginning of the 20th century and was once owned by a Belgian engineer who travelled across Europe and Africa, working in the Congo for many years, is one of the highlights of an upcoming sale in Cumbria. 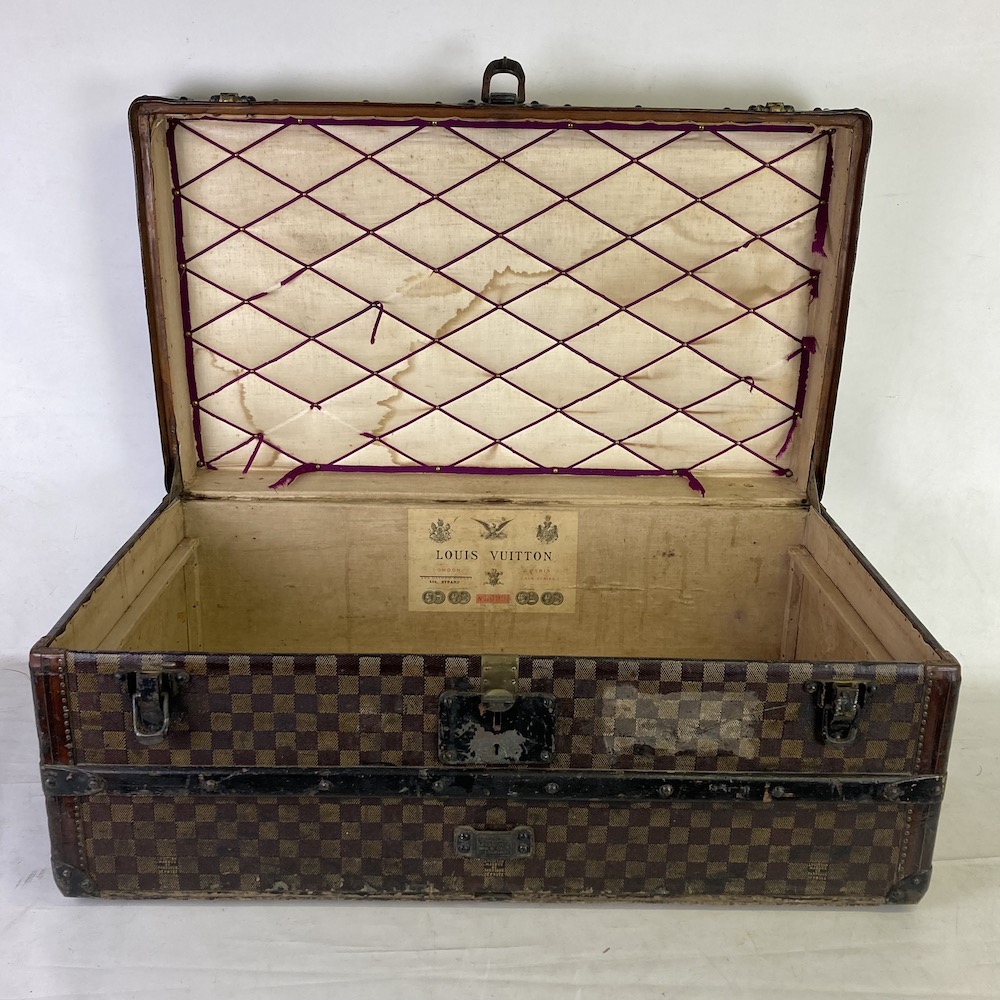 H&H Christmas Auction on December 7 will feature the elegant item, which, they say, although has journeyed far is in remarkable condition and with a little restoration would grace any home.

Measuring 80cm x 47cm x 37cm the exterior is decorated in the Damier canvas, with all clasps and lock in working order.  Any prospective purchaser keen to know its exact date, can contact Louis Vuitton, who will be able to tell from the well-preserved label and design when it was manufactured, however, this process can take between four to five months. 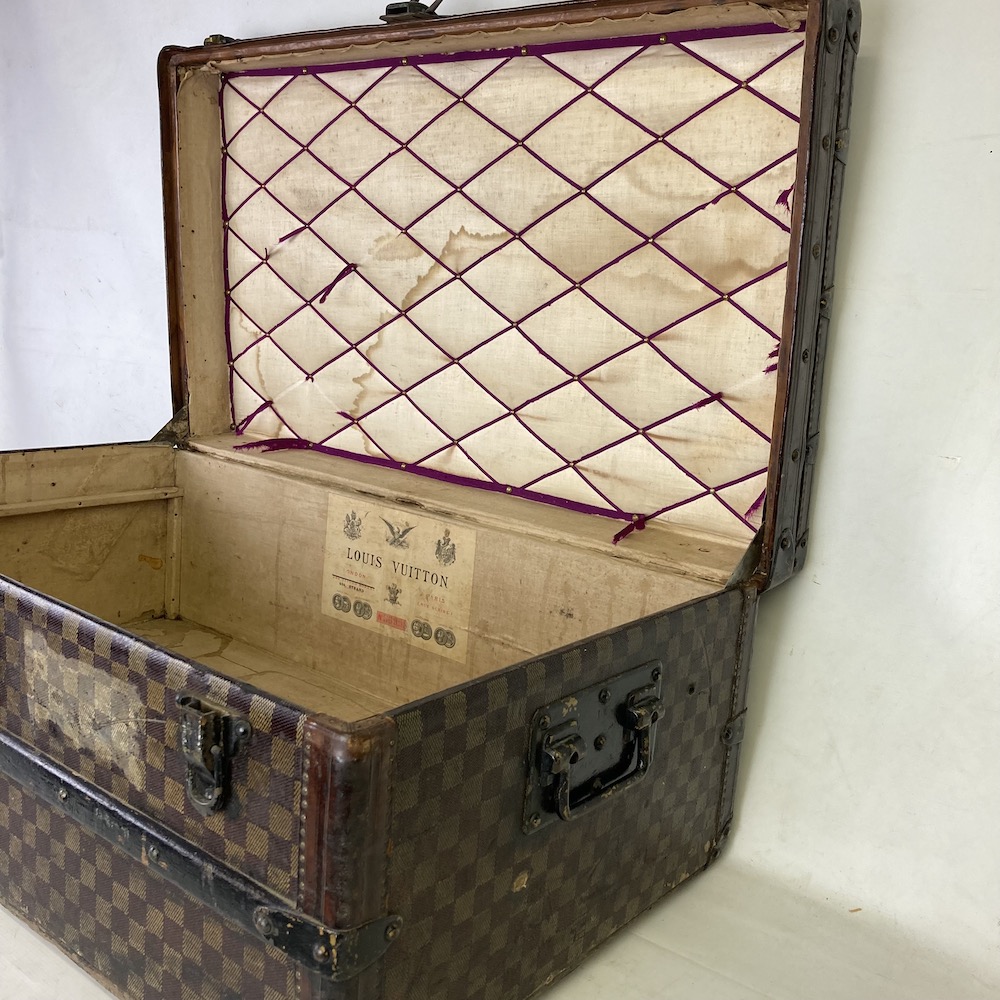 Stephen Farthing Auctioneer and Valuer at H & H Auctions said  “We are very excited to offer this remarkably well-preserved piece of travel history.  It has already generated a lot of interest, particularly as Louis Vuitton is such a collectable brand. These days, fashion is as important in the house as it is on the person, so we are expecting considerable interest.

“Offered with an estimate of between £800-£1,200 this lot may well exceed expectations, as such pieces are in great demand, but rest assured those who come to this festive auction will also find a wide variety of interesting and desirable objects for sale at prices to fit all pockets and trunks!” 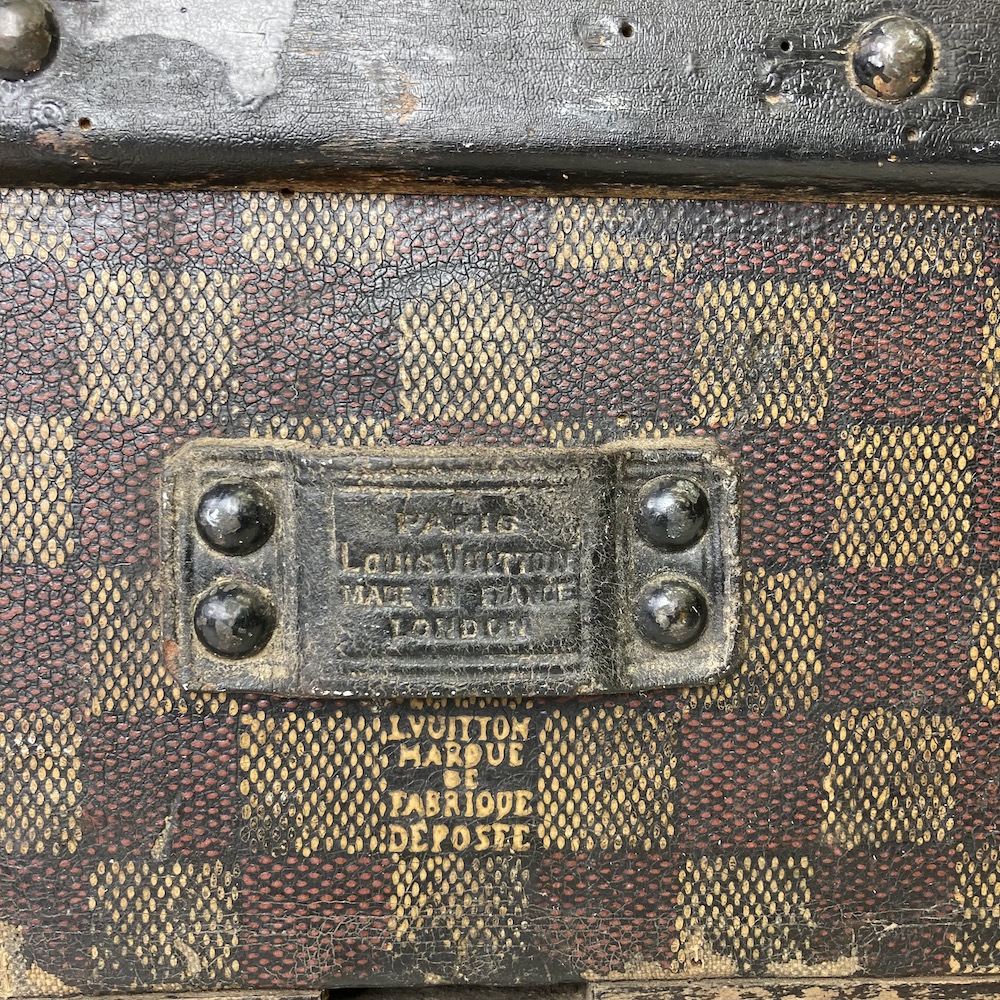 Associated with unalloyed luxury, Louis Vuitton came from very humble origins. He was born in 1821 in the mountain town of Anchay, in eastern France and at around the age of thirteen he set off to Paris to seek his fortune. It was a journey of over 300 miles and as he walked, it took him more than two years. Arriving in Paris he became an apprentice to a box manufacturer. In his early thirties he designed a flat-topped trunk that could be stacked, which was a radical innovation, as to keep the rain out, trunks were normally designed with a domed lid. Eventually he was hired as the personal box-maker and packer to Empress Eugenie of France and Vuitton became the travel goods manufacturer of choice among the aristocracy.