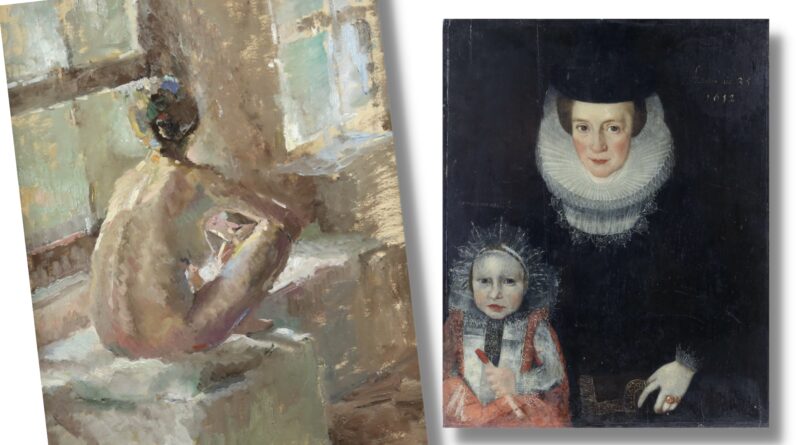 An oil by Surrey-based artist Sherree Valentine Daines is set to be one of the highlight lots in Ewbank’s winter fine art and silver sale, taking place on December 2 at its auction house just outside Guildford in Surrey. 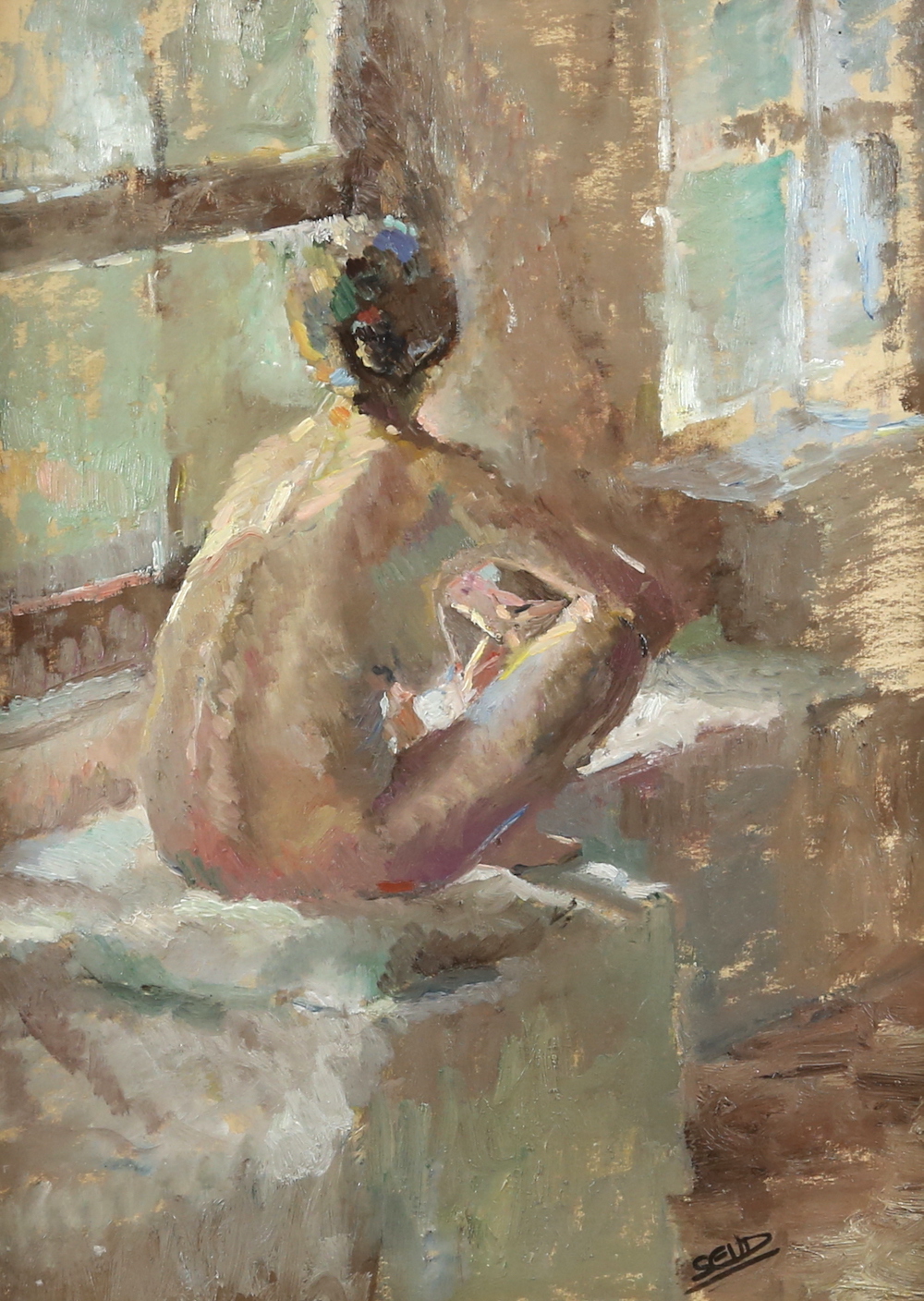 The signed oil-on-board by Valentine Daines is of a nude sitting by a window and has a pre-sale guide price of between £1,000 and £1,500. The team is expecting high interest for the painting by the highly sought-after artist, who is based in the Surrey Hills near Dorking with her family.

The sale is part of a special three-day auction event which begins on December 1 with jewellery, watches, coins, and luxury gifts going under the hammer, and on December 3 auctions for antiques, clocks and furniture will take place.

Another piece of interest is an oil portrait from the English Provincial School, dating from 1612. The portrait, of Mrs Smyth and her young daughter, is believed to have belonged to a J. H. Cooke Esq, and was included in his collection sale held on March 24, 1886. It has an estimate of between £1,000 and £2,000. 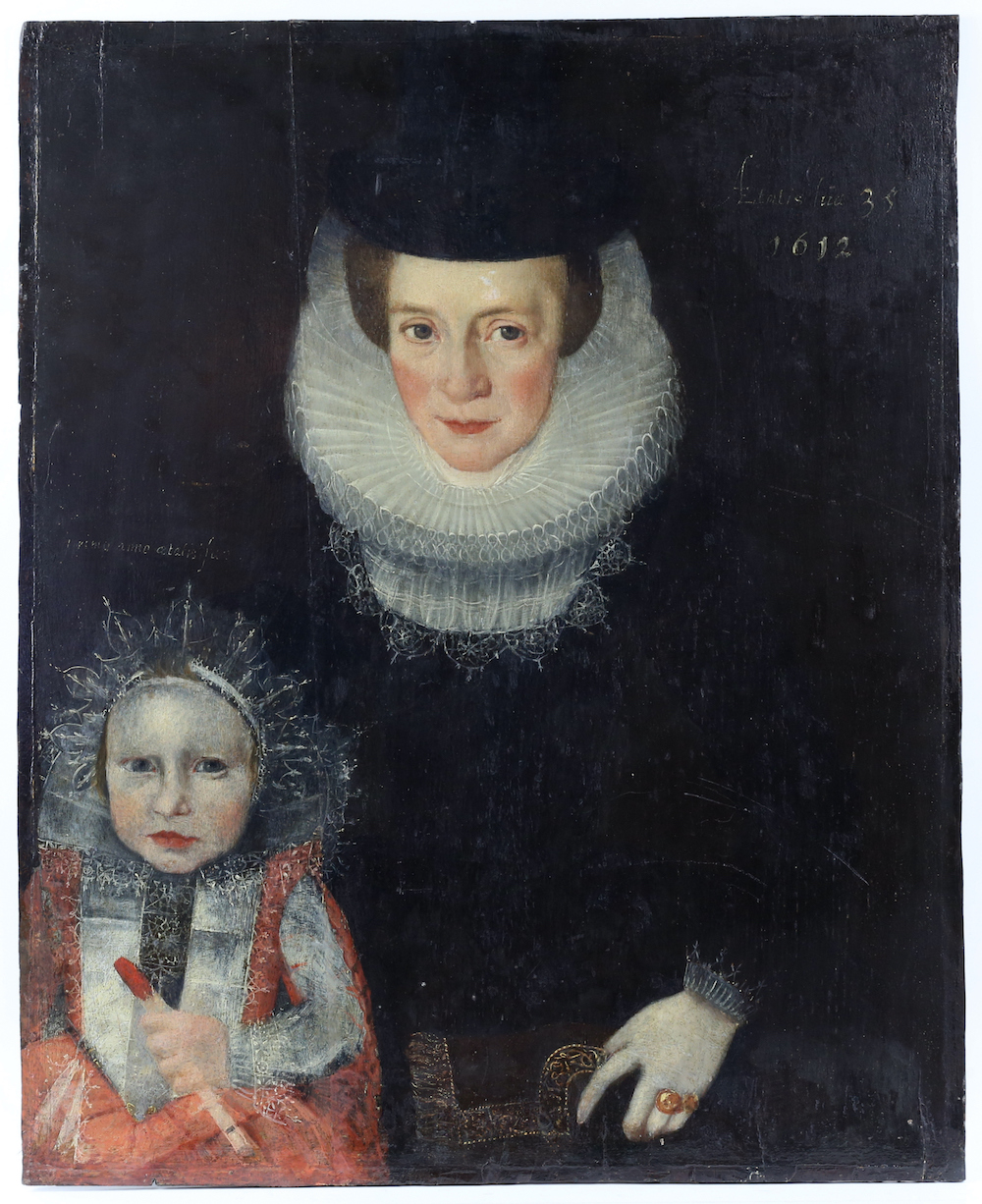 Among the many other portraits on sale is one of Lady Sarah Wellesley, by Isabel Naftel (1832 – 1912) in water colour and pencil, which has been valued between £200 and £300; and an 18th-century British School oil-on-canvas portrait of an army officer which carries an estimate of between £400 and £600. 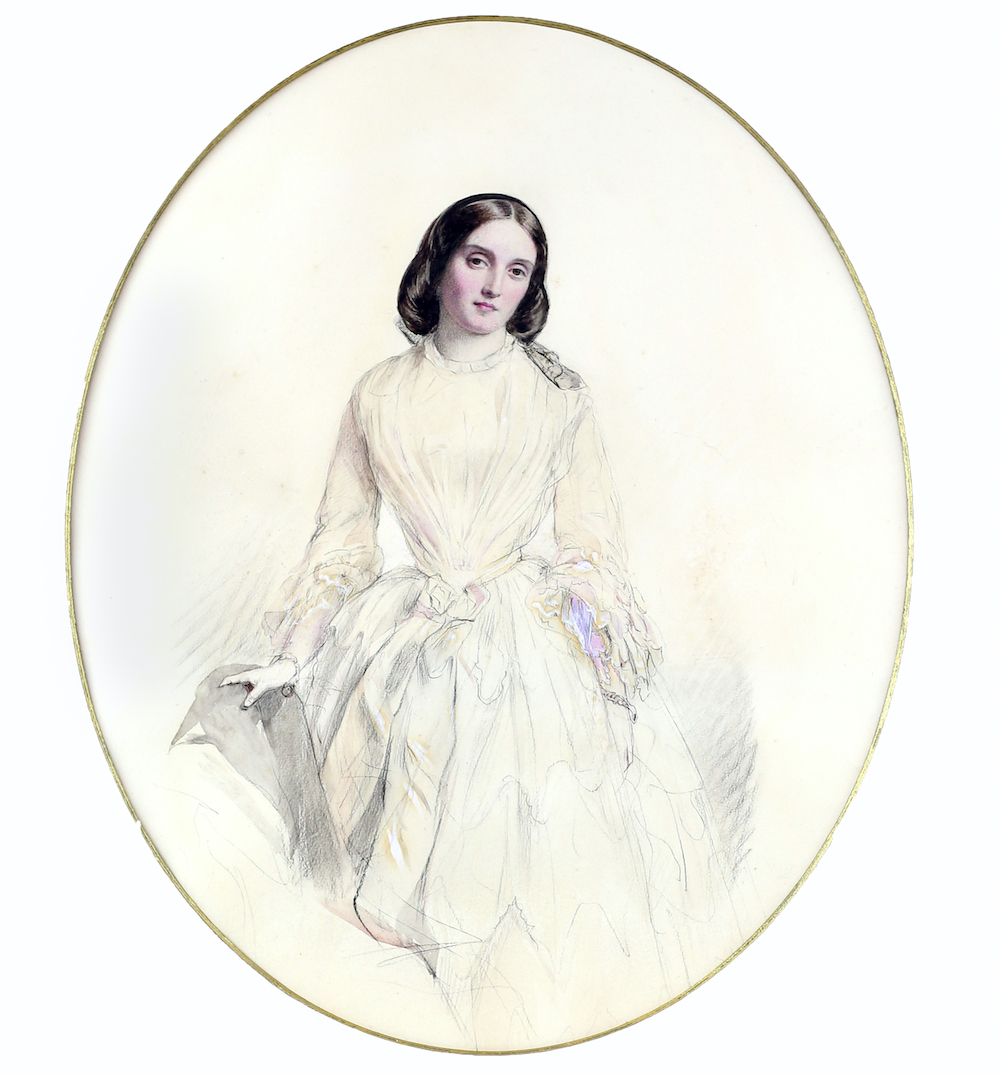 Among the pieces of eye-catching silverware on sale is a 37cm high Victorian silver wine ewer which has been valued between £1,500 and £2,500. It is cast in high relief on an orange peel ground, and bears decoration of winged figures, foliate scrolls, masks and shells. The handle has lever action to raise the cover. It was assayed by James Charles Edington, London 1860.